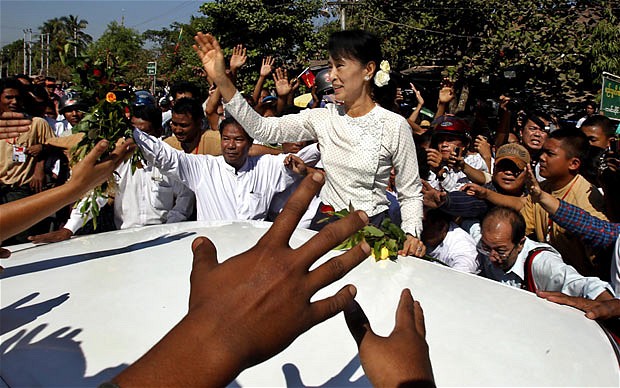 The conflict in Rakhine State is slowly developing into a civil war that will have repercussions not only in Rakhine State but may also spread into Chin Area and thereby getting close to the Indian border.

It appears that after the security Committee meeting on7 Jan after the attacks on the border posts by the Arakan Army, the Presidential order which was unprecedented had directed the Army (Tatmadaw) to use military force and use of military aircraft to crackdown on the Arakan Army.

The Myanmar Army has forbidden the journalists not to call the crackdown in Rakhine State as a ‘civil war’ but describe it as “War of annihilation against insurgents”.  The trigger-happy Army known for use of disproportionate force while  justifying its action in Rakhine State said that they are following State Counsellor’s instruction to “effectively crush the Arakan Army”.  It is sad that Suu Kyi should have given such an instruction as it would only encourage the Army known for its brutal behavior in dealing with the insurgents and the civilians involved in the conflict areas.

A Bangladesh report indicates that there has been heavy fighting between the Tatmadaw and the Arakan Army.  An Army Spokesman from Myanmar said that between Jan. 5th and 16th 2019 there were eight clashes and five landmine explosions.  13 Arakan Army soldiers were killed and three weapons recovered.  Though there were heavy causalities on Tatmadaw, the Army Spokesman refused to give the exact figures.  He was not willing to disclose the details of reinforcements sent to the area.  As expected, the Tatmadaw has used the cease fire to divert its troops to the Rakhine Front to eliminate once and for all the Arakan Army.  By now the AA is well entrenched and well-armed and most of the civilian population are with the AA.

It is said that helicopters and artillery have been used in the fighting against the Arakan Army.  Artillery is being used around the area in  Paletwa where the Arakan Army is concentrated as also on “rebel” villages. It is estimated that over a hundred lives have been lost on both sides within less than a month.

Over 5000 civilians have fled the area so far and more may leave.  The Army is also said to be using the “four cuts strategy”- denying food, funds, information and recruitment.

From an interview given by the AA chief Brig.Gen.Tun Myat Naing to a Reporter from Irrawasy it is seen that the AA leadership is in touch both with India and China.  The AA has informed both of them that their cause is just and explained their existence and that these do not go against the interests of both.

It is significant that the Chinese Special Envoy for Asian Affairs Sun Guoxing who acts as the intermediary between the ethnic insurgent organisations and Myanmar met the AA leadership at Laiza on 14th Jan. He discussed the ways of ending the fighting in Rakhine State with AA leaders.  One would have expected him to prevail upon the Myanmar Government and the Army to include the AA in the four months’ cease fire ordered with the other three members of the Northern Alliance and go for a dialogue.  But there are no indications that he did so.

Media reports from Myanmar indicate that the people in Rakhine are very angry with the Government of Myanmar for having ordered the Army to launch a crackdown against the Arakan Army. The Arakan Army Chief Tun myat Naing continues to be popular with the people of Rakhine.  Incidentally he is the son in law of Rakhine Hluttaw Speaker U San Kyaw Hla and thus politically connected.

It looks that the position of both sides the Tatmadaw and the Arakan Army (AA)has become more rigid, leaving no room for any dialogue in the immediate future.

Maj. Gen. Soe Waing Oo chairman of the Tatmadaw’s True (?) News Information said that the peace talks with AA will move forward only when it changes its political view of giving up its goal of Rakhine becoming a party of a confederation of States. But the AA is moving in the opposite direction from the current path to building a democratic federal union that the government, the Tatmadaw and the people have agreed upon.  Two points are worth noting- One the Army endorses a federal union for Myanmar.  Second the Army is willing to accept the UWSA backed by China which is also demanding a confederation status!

On the other hand, AA leadership has also stiffened its position.  A Spokesman of the AA told the BBC that they do not see any prospect for an end to fighting as the AA is determined to continue fighting for the ethnic rights of Rakhine people. The AA Chief in an interview while denying of  having ever said that they would secede said that the declaration of ceasefire leaving Rakhine State is a “declaration of War” on Rakhine State.

It looks that in 2019, peace will nowhere be in sight in Rakhine State.