Why Mao attacked India in 1962 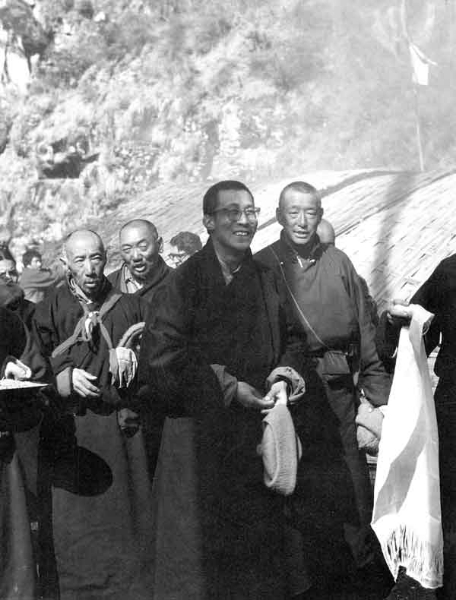 Mao then addressed his colleagues: “It seems like armed coexistence won’t work. It’s just as we expected. Nehru really wants to use force. This isn’t strange. He has always wanted to seize Aksai Chin and Thagla Ridge. He thinks he can get everything he desires.”

It is clear that from the start Mao did not believe that ‘coexistence’ could work. The Chairman continued: “We fought a war with old Chiang [Kai-shek]. We fought a war with Japan, and one with America. During none of these, did we fear. And in each case, we won. Now the Indians want to fight a war with us. Naturally, we don’t have fear. [But] we cannot lose ground; once we lose ground it would be tantamount to letting them seize a big piece of land equivalent to Fujian province. …Since Nehru sticks his head out and insists on us fighting him, for us not to fight with him would not be proper. Courtesy emphasizes reciprocity.”

As he has always done in his career, Zhou Enlai agreed with his mentor: “We don’t want a war with India. We have always strove in the direction [of avoiding war]. We wanted India to be like Nepal, Burma or Mongolia, i.e. solve border problems with them in a friendly fashion. But Nehru has closed all roads. This leaves us only with war. As I see it, to fight a bit would have advantages. It would cause some people to understand things more clearly.”

“China needn’t fear isolation, as long as the frontline troops fight well, we will be in an advantageous position…Its better to die standing, than to die kneeling. If China fought successfully, in an awe-inspiring way, this will guarantee at least thirty years of peace”.- Mao

Mao acquiesced: “Right! If someone does not attack me, I won’t attack him. If someone attacks me, I will certainly attack him”.

As often in China, after a few leaders agreed on the direction to take, a larger meeting was called to validate the decision and work out the details.

The meeting was held on the outskirts of Beijing3 on October 6.

Mao chaired the meeting and informed the PLA top brass that it has already been decided to go to war with India: “The purpose of bringing all of you together today is to convene a military [tactical] meeting,” he said.

The Chairman elaborated: “Our border conflict with India has gone on for many years. We did not want war and originally we sought to solve [the issue] through peaceful negotiations. But Nehru is unwilling to talk and has deployed considerable forces, insistently demanding a fight with us. Now, it seems that to refuse a fight is impossible. If we fight, what should be our method? What should this war look-like? Please everyone contribute your thoughts on these policy issues.”

Then Foreign Minister Chen Yi spoke of the diplomatic aspect of the conflict with India. According to Chen, the problem started in 1954 when India published an official map showing the McMahon line as a definitive national boundary4. Chen stated “At present, India occupies or claims 1,250,000 square kilometers of Chinese territory5. Forty-seven Chinese personnel had been killed or wounded in attacks by Indian forces on the border. China had devoted considerable diplomatic effort to achieve a negotiated settlement, but Nehru is unwilling to sit down and talk; moreover he has adopted a provocative forward policy. …It seems we can only meet him [Nehru] on the battlefield.”

Mao then explained why China needed to go to war with India: “A war between China and India is truly a most unfortunate event. [I] have recently been reading books on Indian history and was struck by the friendly, beneficial interactions between China and India in the 7th – 9th centuries6.” Mao recounted the circumstances of the ‘one and a half’ Sino-India wars: “The first war had been in 648 A.D. when a Tang dynasty emperor had dispatched troops to assist the legal claimant to a throne to a subcontinental kingdom — after the other claimant had killed 30 members of a Tang diplomatic mission. A Tang-strengthened force defeated the usurper, who was captured and sent to the Tang capital Changan [Xian], where he lived the rest of his life.”7

Then Mao spoke of the ‘half war’ in 1398 “when Timurlane captured Delhi. This was a great victory, but was followed by the slaughter of over 100,000 prisoners and looting of all precious metals and gems across the land. This was a ‘half war’ because Timur and his army were Mongols from both Inner and Outer Mongolia. Mongolia was then part of China, making this attack ‘half’ Chinese.”

For the Chairman, the morale to be learnt from history: “First, the PLA had to secure a victory and knock Nehru to the negotiating table and second, Chinese forces had to be restrained and principled.”

Marshal Ye Jianying told his colleagues that on his 1957 visit to India, he had met Lt Gen BM Kaul.8 Ye informed Mao that though Kaul had served in Burma during World War II, Kaul had no actual combat experience. Ye said that Kaul seemed “to be a very rigid, [even] if an impressive looking soldier. Still, he was one of India’s most outstanding commanders”.

Mao cut him to say: “Fine, he’ll have another opportunity to shine.”

It was not to be the case.

The Chairman then spoke of the possible isolation of China on the world stage. He did not consider this to be a ‘decisive factor’: “China needn’t fear isolation, as long as the frontline troops fight well, we will be in an advantageous position. …It’s better to die standing, than to die kneeling. If China fought successfully, in an awe-inspiring way, this will guarantee at least thirty years of peace”. In some ways, it was true!

Delhi did not agree to the ‘unconditional ‘negotiations, the ‘occupied’ Indian territory had to be vacated first. Regarding the 20 km withdrawal, it was in India’s disfavor due to the mountainous terrain on India’s side and the flat Tibetan plateau on China’s.

Historian Xu Yan affirmed that the rejection of China’s ‘final’ offer to negotiate, as well as Nehru’s continuation of his Forward Policy, forced Mao and the Central Military Commission to consider ‘a large scale counter-attack’ against India.

Delhi did not agree to the ‘unconditional’ negotiations, the ‘occupied’ Indian territory had to be vacated first. Regarding the 20km withdrawal, it was in India’s disfavor due to the mountainous terrain on India’s side and the flat Tibetan plateau on China’s.

When Mao decided to punish India, had the Communist leadership received the Indian answer to the above communication from Beijing?

It is likely that the Communist regime had got Delhi’s answer a few hours earlier. India asked China to vacate the occupied part of the Indian territory in the Aksai Chin area as a precondition. With each side accusing the other of intransigence, a conflict could hardly been avoided.

At the October 6 meeting, Lou Ruiqing, the Chinese Chief of General Staff was authorized by Mao to start ‘a fierce and painful attack on Indian forces. If Indian forces attack us, you should hit back fiercely. …[you should] not only repel them, but hit them fiercely and make them hurt”

It was logical from a military point of view, but also ‘ideologically’ coherent; it was the route that the Dalai Lama had used three years earlier to take refuge in India; it was the best way to show the connection between the two events. Though this is not mention by the Chinese (or Indian) sources, it is clearly an important factor.

When Chinese Generals started to work on the details of the military operations, they soon realized that the campaign could not be sustained for a long time. It was therefore decided to terminate the war “with a unilateral Chinese halt, ceasefire, and withdrawal”.

…Mao had still some doubt. Politically he could not afford to have a semi-victory, a total triumph was necessary to assert his newly recovered position at the head of the Communist State.

Historian Shi Bo9 believes that in view of “practical difficulties associated with China’s domestic situation”, the PLA troops “would quickly disengage and end the fighting as quickly as possible” after achieving their military objectives.

‘China’s domestic situation’ is obviously referring to the power struggle within the Party and the return of Mao to the center stage.

This was wise from the Chinese point of view; further in India, the trauma associated with the conflict would remain for decades.

Mao acknowledged that a war with India presented several dangers:

However according to the PLA’s calculations, China was militarily far superior to India (Indian forces were not prepared and their strength was 1/6th of the Chinese troops).

Beijing anticipated some negative reactions from Washington and the Western world in general (and perhaps even from Moscow), but the long-terms benefits of a severe, but limited blow, would compensate and ultimately bring peace for several years between the neighbours.

Apparently Mao had still some doubt. Politically he could not afford to have a semi-victory, a total triumph was necessary to assert his newly recovered position at the head of the Communist State. His ideological high stand on the agriculture policy had to be backed by a resounding victory against the ‘arrogant’ Prime Minister of India and the insult inflicted by the Dalai Lama when he took refuge in India three years earlier. The affront had to be avenged.

Considering all these points on October 17, the Central Military Commission met and issued the formal order to ‘exterminate the ‘Indian aggressor forces’. It was termed a ‘self defensive counter-attack war’.

What followed on October 20 on the slopes of Thagla ridge is history.