India's Role in Afghanistann - I 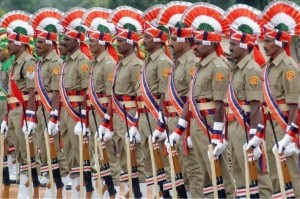 Any study that seeks to understand the dynamics of Indias “presence” in Afghanistan with the application of soft power must realise that it is a carefully crafted piece of diplomacy””one that is riding high in the presence of the U.S. and the NATO forces in the region. This, of course, does not mean that India and its entities are completely safe. The repeated attacks carried out on the Indian mission in Kabul””the last such attack was carried out in 2009″”signals the inherent dangers of Indian involvement in Afghanistan and is testimony to the rivalry between India and Pakistan for strategic space in the tribal areas west of the Durand Line. The attacks on the Indians were carried out by the Taliban, and it is well known that behind the Taleb and its anti-India position is the ISI of Pakistan.

India seeks to prevent the restoration of any form of a resurgent Taliban regime in the state. Moreover, India seeks to limit Pakistan’s influence over any emergent regime and ensure that no regime emerges in Kabul that is fundamentally hostile towards India.

The fact that both Islamabad and New Delhi are fighting each other for space in Afghanistan makes Indias task more difficult. In other words, they are not steps taken to fulfil a simple foreign policy objective, aimed at providing Kabul with much-needed economic assistance and civil works. These steps, slow and incremental as they may seem, demonstrate to Pakistan that all is not well in its own backyard. And since this is happening under the security umbrella of the United States, it is but natural that the Taliban views any Indian initiative with suspicion. At the heart of the matter is the fact that Pakistan does not want India to become too entrenched in Afghanistan, a nation it has seen as its backyard since the Soviet army withdrew in 1989. Having supported the creation and operations of the Taliban, the military in Pakistan does not want to let go just now. “For Islamabad, Afghanistan is one element in a larger game: not only is Afghanistan part of its Indian policy, but it is also to some extent a component of its global standing.”1

It will take a great deal of explaining to the Pakistani establishment that India is there for basic reasons. It is not that India has not tried in the past, both directly and indirectly through U.S. voices, to tell Pakistan of its intentions, but Islamabad is clearly indicating to India to “back off.” One has to only read a recent statement made by former Pakistan president Pervez Musharraf. He states that if Pakistan perceives Kabul as getting too close to New Delhi, the ISI could be ordered by the government [read military] to take suitable “countermeasures.”2 The question is, what comes next? If India stays the course in Afghanistan, then what happens and, more importantly, what happens after 2014, when international coalition forces will be gone? But first, a look at the goals that India has set for itself in Afghanistan.

What are Indias goals in Afghanistan? First, India seeks to prevent the restoration of any form of a resurgent Taliban regime in the state. Moreover, India seeks to limit Pakistans influence over any emergent regime and ensure that no regime emerges in Kabul that is fundamentally hostile towards India. One major imperative of Indian policy in Afghanistan is to prevent the rise of the brand of Islamist militancy that has been prevalent over the past six decades. It is, therefore, a central concern of India to foster good relations with the Pashtun majority in Afghanistan, especially now as that majority holds at least nominal power in Kabul.

India is seeking to develop long-term diplomatic ties and economic arrangements with a stable, popular and pro-Indian regime in Afghanistan, which then enables India to leapfrog Pakistan and build robust strategic and economic ties with the energy-rich states of Central Asia.

This is not simply to influence the Afghan ability to prevent the re-emergence of an anti-India militant milieu. The rise of Islamist militancy on both sides of the Durand Line also correlates strongly with the rise in militant capabilities in Kashmir and across the Line of Control. The Islamist militant groups supported by Pakistan, at least its clients, such as the Lashkar-e-Toiba and Hizb-ul-Mujahideen, are well known for coordinating training, resource allocation and logistical support with groups operating out of northwest Pakistan. Thus, as long as central control and legitimacy continue to elude Kabul, the conflagration in Kashmir will have a ready supply of tinder. India aspires to develop a sufficient diplomatic and intelligence network within the country to be able to monitor Pakistans activities within Afghanistan and, if necessary, to work to curtail them.

Second, India is seeking to develop long-term diplomatic ties and economic arrangements with a stable, popular and pro-Indian regime in Afghanistan, which then enables India to leapfrog Pakistan and build robust strategic and economic ties with the energy-rich states of Central Asia. In what Stephen Blank characterises as a “great game” strategy, Indias goals reflect the desire to control overland routes to maritime ports for Central Asian resources by denying both China and Pakistan the ability to threaten Indian assets in the region.3 It is highly unlikely that India will curb its activities, humanitarian or otherwise, anytime soon. This is primarily due to the fact that for the first time in recent history, the interests of India and the United States in Afghanistan dovetail. Both states seek a peaceful, secure and non-Talibanised Afghanistan. In order to further these goals, the U.S. has agreed to mediate back-channel talks between India and Pakistan regarding the regional war on terror and “the establishment of a “˜fair bargain between India and Pakistan over their respective interests in Afghanistan.”4