The importance of the Indian Ocean for Indias long term economic growth, strategic interests and security concerns clearly indicates that the growth of Indian shipbuilding, in both, the commercial and naval sectors is a strategic imperative.

Shipbuilding acts as a catalyst for overall industrial growth due to spin offs to other industries, including steel, engineering equipment, port infrastructure, trade and shipping. The potential of shipbuilding industry in employment generation and contribution to GDP is therefore tremendous. The dynamics of India’s economic growth has created and will continue to create a demand for new ships, most of which will have to be built abroad due to inadequate indigenous capacity. On the other hand, the benefits to Indian industry and potential for employment generation from shipbuilding and the associated ancillary industry would grow manifold if India builds ships for meeting its entire tonnage requirements.

Apart from economic considerations, the strategic significance of the Indian Ocean and its littoral waters cause the region to remain an area of interest to extra regional powers. The region holds 40 percent of offshore oil reserves, 65 percent of strategic raw materials, 31 percent of gas etc. Being home to 30 percent of the world’s population, it is a potentially large consumer market and has strong economics to match. The control of choke points to the Red Sea, Persian Gulf and of the Malacca Straits, along the energy flow routes is of strategic importance to extra regional major powers, who maintain a significant naval presence in the area.

Littoral and neighbouring states in the Indian Ocean region, over the last two decades, have embarked on ambitious naval modernization programme and their navies are increasingly visible. Of particular interest and concern is the growth of the Chinese Navy and the growing naval co-operation between China and Pakistan, as well as the steady addition to the ‘string of pearls’. India has considerable and diverse maritime interests in the EEZ, including fishing and extraction of hydrocarbons, minerals and other seabed resources. These factors, together with the need to safeguard our coastline and sea routes, point to the requirement for a strong Navy. Warship design and construction are therefore vital activities which need to be aggressively improved and promoted. 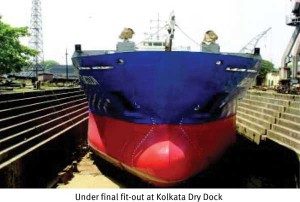 The importance of the Indian Ocean for India’s long term economic growth, strategic interests and security concerns clearly indicates that the growth of Indian shipbuilding, in both, the commercial and naval sectors is a strategic imperative. The importance of a strong maritime capability was realized by the ancient kingdoms of Southern India, whose fleets promoted Indian commerce and spread Indian culture all over Indian Ocean, notably in South East Asia. The requirement of a strong maritime capability is all the more important for modern day India, in view of the resources flowing across these waters and the continuous naval presence of extra regional powers in the Indian Ocean region. This mandates the need for putting Indian shipbuilding, in both, the naval and commercial sectors on the path of rapid growth. To achieve this, a synergetic effort would be essential in all related areas including shipbuilding technology, ship design capability, research and experimental facilities involving all stakeholders. No less important is the need for streamlining regulatory procedures and adoption of an ‘enlightened’ taxation regime for the industry.

Indian shipbuilding is mainly concentrated in 27 shipyards.  Of these, eight are in the Public Sector, six yards being under the Central Government and two under State Government with a capacity of 2.54 lakh DWT. In addition, there are 19 Private Sector yards with an established capacity of about 27000 DWT, to which are being added the large capacities of 03 green field projects. The major share of the present capacity is held by eight public sector yards, with Cochin Shipyard Limited and Hindustan Shipyard Limited having capacity and infrastructure to built vessels of 1.1 lakh DWT and 80,000 DWT respectively.

Our shipbuilding industry has been characterized by low capacity, poor productivity and obsolescent infrastructure. Despite these constraints, the industry has shown that it is capable of increasing its market share in commercial shipbuilding.

Barring two notable exceptions, the majority of private sector shipyards are limited in respect of capacity and size of the vessels they can presently build. Our capabilities in respect of technologically advanced ships, notably LNG carriers are non existent, which is a strategic shortcoming.

Our shipbuilding industry has been characterized by low capacity, poor productivity and obsolescent infrastructure. Despite these constraints, the industry has shown that it is capable of increasing its market share in commercial shipbuilding. In the IXth plan the target of 0.3 million DWT was achieved. A modest target of 0.4 million DWT was set for the Xth plan, but contrary to expectations the order book exceeded 1.3 million DWT, as a result of the world wide shipbuilding boom, which enabled Indian yards to secure orders despite their poor track record. The growth during the Xth plan period was averaging 15 percent per year as against 4.5 percent per year during the IXth plan. As a result, India’s share of the world market rose from 0.1 percent at the beginning of the Xth plan to about 1.5 percent. The Xth plan also witnessed an increase in investments in shipyard infrastructure, though investment in technology, R & D, design etc. remained low.

The increased growth has largely resulted form export orders, the bulk of which have been in the small ship segment comprising Offshore and Platform Supply Vessels and Anchor Handling Tugs, although CSL has exported some large and medium ships. This also indicates that the prospects for the export are highly favourable but is relatively negative for domestic construction of ships for Indian owners. Hence, while overseas owners are building their small and medium commercial ships in India, Indian shipping companies are purchasing their ships from abroad, both big and small, but more big than small. The fiscal and statutory rules governing domestic shipbuilding are heavily loaded in favour of export and tend to discourage construction of ships by Indian yards for Indian owners. 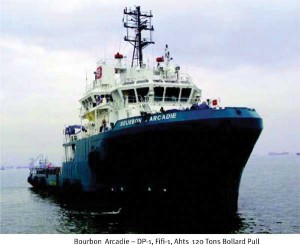 The increase in export orders obtained by the Indian shipbuilding industry, despite its shortcomings clearly indicates that in the long term, there is a large market available for tapping. Our capacity however needs to be increased, else other shipbuilding nations such as Korea, Japan and China will benefit. A proactive approach by the industry and the government is required to create a favourable climate for investment in the shipbuilding industry, which would be in our national interest. According to a study carried out by the Indian Shipbuilders Association, the industry can grow at a rate of more than 30 percent and this momentum can be maintained, to achieve a world share of 2.2 percent and an annual turnover of Rs. 18000 Cr ($ 2.5 bn), by the last year of the XIth plan. By the same projection, the industry would have the potential to attain more than 7.5 percent of the global order book and achieve a turnover of Rs. 40500 Cr ($ 9 bn) by 2017. While these projections may appear impressive when compared with past performance, they pale in comparison with China, which has already achieved our targets for 2017, and aims to corner more than 30 percent of the global share by 2015. India certainly has the potential to match Chinese prices, given our present low labour wage rates and our industrial base for manufacture of equipment. 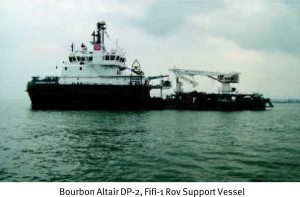 In the Naval sector, warship building is largely confined to the three Public Sector shipyards functioning under the Ministry of Defence i.e. Mazagaon Docks at Mumbai, Garden Reach at Kolkata and Goa Shipyard. There is no dearth of demand from the Indian Navy which would need 95 ships and submarines by 2022 and the Indian Coast Guard which requires 158 ships till 2017. However, with the exception of Goa Shipyard, warship building programme have been characterized by large time overruns. These overruns result from outmoded facilities, unwieldy administrative procedures and suboptimal HR policies. As a result, the Navy is sometimes compelled to place some orders abroad, so as not to jeopardise its force levels. A pressing need therefore exists to increase capacity, through modernization, creation of additional capacity including new greenfield yards, improvement in productivity and management practices.

In both the naval and commercial sectors, mere increase in infrastructure will not ensure achievement of desired results. For integrated growth of the industry, there is also a need to create an R & D base, develop in house design capability, infuse new technology, develop skilled workforce, adopt appropriate fiscal measures and remove administrative hurdles, so that Indian shipbuilding can achieve credibility as a source for delivering quality ships in time. Whereas the Indian Navy has established and nurtured an in-house design organisation, and taken the initiative to develop indigenous sources of equipment, for strategic reasons, the same measures need to be taken in the commercial sector, in order to bring about synergetic economies of scale.