Indian Navy: Changes in Regulations Regarding Moustaches and Beards 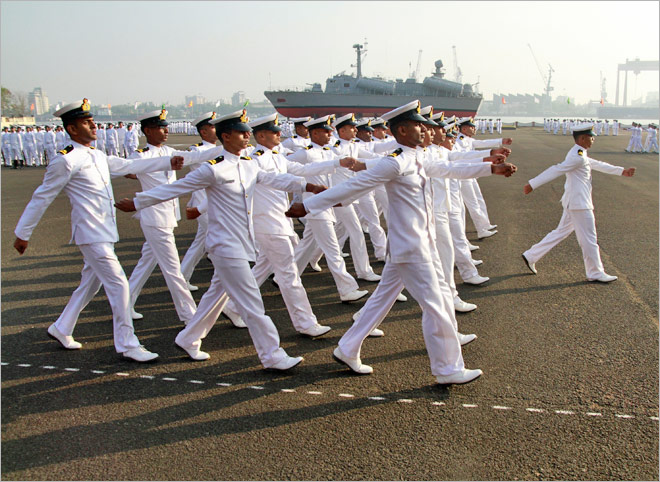 The Navy’s Regulations on the subject of moustaches and beards had adopted, verbatim, the regulations of the British Navy. These required that a naval officer or sailor:-

As in the case of smartness of uniform, the spirit of these regulations was to ensure that control could be exercised on the tidiness of facial appearance so that personnel did not bring discredit to the Navy by looking untidy.

“One day I was having a cup of tea with the sailors. A Rajasthani sailor came up to me and said, “Sir, it is a great hardship that beards and a moustache must go together. When I go home, if I don’t have moustaches, people ask me “Is your father dead?” Because the tradition in Rajasthan is that if you shave off your moustaches, it is a sign that your father has died and you are in mourning. It is also a tradition that to show your manliness, you have to have a moustache. Therefore to go home, I have to request to grow a beard and only then can I grow moustaches also. Then we cannot go out from the ship on liberty until the beard has grown. The day my leave starts, the first thing I do is to go to a barber and shave off my beard so that I can go home with a moustache and show that I am a man. The day I have to come back to duty, I have to go to a barber again and tell him to shave my moustache now, because I have got to go to duty and without a beard I cannot have a moustache. So, sir, this is a great hardship. I come to the ship, without a beard, without a moustache and then I have to start growing beard and moustache again two months before I start my next leave.” Things like this started me thinking as to what is the validity of the naval tradition we adopted from the British Navy. Should this be pushed down the throats of people who don’t like it, who are not with it?”

In early 1971 the regulations were amended to read:

“The following provisions shall govern wearing of moustaches and beards:

The same pressures for relaxation which led to changes in the regulations for moustaches and beards also led to changes in uniforms, “to bring outdated traditional British uniforms in line with modern trends”.