Indian Naval Sales – The Cautious Emergence of a New Supplier 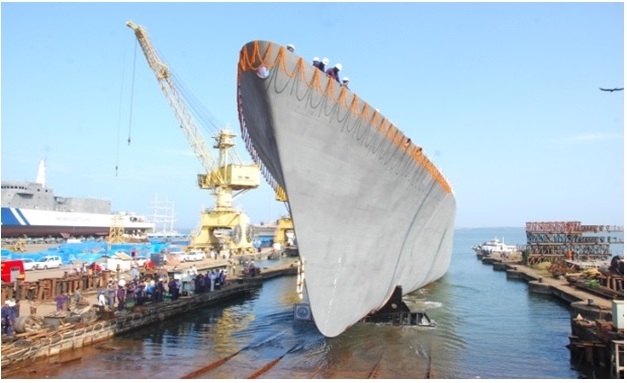 These vessels, the largest India has exported to date, mark the latest in a series of naval sales which, though not heavily publicised, have made India an emerging exporter of patrol vessels. Combined with the emergence of Garden Reach Shipbuilders & Engineers Limited (GRSE) as the L1 or the lowest bidder for the supply of frigates to the Philippine Navy, India has the potential of becoming a significant exporter of naval vessels.2

However, to date, India has adopted a somewhat cautious approach to marketing its naval products, confining it to neighbouring or friendly countries in Asia.

Though India has built several warships and has a largely indigenously built navy and coast guard, its exports were, until recently, limited to refurbished ex-navy and coast guard ships being transferred to the Seychelles, the Maldives, Mauritius and Sri Lanka. India had not sold a single new-build naval vessel until March 04, 2011, when a contract to supply Mauritius with a 74m OPV was concluded with GRSE.3 This vessel MCGS Barracuda was delivered in December 2014.4

Mauritius followed up this order with the purchase of eleven 14.5m fast interceptor boats and two fast attack crafts from GSL in April and May 2014, respectively.5

Delivery of the former has been completed6, while the first of the latter craft has been launched with delivery due in September 2016.7

India’s sales to Mauritius should not be surprising given the strong links between the Indian Navy and the Mauritian Coast Guard (to the extent that an Indian naval officer is its commander) and that India has supplied helicopters and maritime patrol aircrafts to Mauritius in the past. However, India becoming the primary supplier of naval vessels to Mauritius is a significant step as previous purchases by the island nation have been from sources as diverse as the former Soviet Union and Canada (the MCGS Vigilant – now inoperable – was purchased from STX Marine of Canada but built at Chile’s ASMAR shipyard). With the recent GRSE and GSL sales, Indian vessels will form a major part of the Mauritian Coast Guard fleet. With monopoly over the Mauritian helicopter squadron and the coast guard maritime patrol aircrafts, India is well positioned to exercise considerable influence over the Mauritian security policy.

The supply of OPVs to Sri Lanka is again an interesting development. Though India has supplied two OPVs to Sri Lanka in the past (the SLNS Sayura and theSLNS Sagara), but both were direct transfers from the Indian Navy and Coast Guard of second-hand ships. By signing a contract in 2013 to build two 105m OPVs for Sri Lanka, GSL has in one stroke established India as the key supplier of Sri Lanka’s most modern surface assets. It has also established GSL as the shipyard with contract for the largest ships that India has exported to date.8

Given that China (with its Shanghai and Lushun classes) has so far been the single largest supplier of large patrol vessels to Sri Lanka, India securing the OPV contract assumes certain significance.

India has also sought to enter the Vietnamese market and has extended a $100 million line of credit to that country for the procurement of patrol boats.9 To possibly operationalise the said arrangement, GRSE has made a bid to supply Vietnam with 14 patrol boats worth US$ 212 million.10

It remains to be seen whether the contract will be awarded to GRSE but India’s readiness to provide a line of credit for naval procurement is a novel step. It shows India’s increasing willingness to use its growing economic prowess to support its foreign policy objectives. However, whether similar facilities were offered to either Sri Lanka or Mauritius or will be offered to the Philippines is not known.

While the contracts with Mauritius and Sri Lanka and the one that seems to be in the offing with Vietnam are in line with India’s strategic partnerships with those countries, GRSE’s bid to supply frigates to the Philippines is remarkable in that not only did GRSE compete against three highly proficient and internationally renowned shipyards – Navantia S.A. of Spain and the Hyundai Heavy Industries Inc. and Daewoo Shipbuilding and Marine Engineering Co. Ltd. of the Republic of Korea (or South Korea), but that it also emerged as the lowest bidder (L1).11

Should GRSE succeed in securing this contract which is worth more than US$ 321 million, it would mark a major milestone for Indian defence exports. The deal is not yet a certainty as GRSE will need to meet the post-qualification requirements to ensure compliance with the technical specifications of the project.12

It is possible that South Korea may seek to use its considerable diplomatic and financial clout with the Philippines to affect the final award of the contract, but GRSE must not allow such a scenario to emerge.

To date, India’s warship sales and offers have been limited to Mauritius and few Asian countries (south, south-east and east). It has not yet made serious efforts to penetrate the African and Latin American markets. Given that India is a relative newcomer in the warship export market, such cautious approach is justified as Indian shipyards need to establish a track record for satisfactory project management (in particular with respect to timely delivery) and effective after-sales support. At present, it is not known how well Indian shipyards will fare in respect of these factors. However, should GRSE and GSL deliver satisfactory services to their export customers, there is considerable potential for India to position itself as a competitive supplier of small and medium warships and patrol crafts in the international arena. It is thus for the respective shipyards to rise to the occasion.