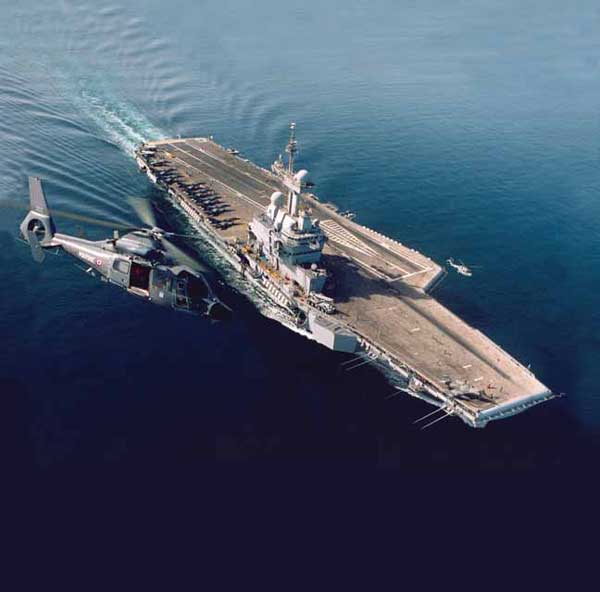 The presence of 23 Indian sailors on board MV Jag Anand at anchorage off the Chinese port of Jingtang since June 13, 2020, and the 16 sailors on board MV Anastasia at anchorage off the port of Caofedian since last year September 20 has been highlighted in the media after the crews complained of being denied access to medical and logistic support and of living in sub-zero temperatures on board.

Diplomatic efforts are in progress with the Chinese government and the provincial authorities to facilitate the relieving of these personnel and allowing them to travel back home. India’s Shipping Minister Mansukh Mandaviya is optimistic that the issue will be resolved soon. These two ships are amongst about 70-odd ships anchored in various Chinese ports waiting to offload Australian coal which China has banned because of the ongoing geopolitical tension in the region.

This incident has highlighted some important issues pertaining to the plight of seafarers worldwide who often find themselves thrown at the deep end for reasons they have little to do with. In territorial waters they are subject to the sovereign laws of an alien land with little or no access to legal recourse or even, at times, consular access to their national embassy.

Maritime trade drives the world economy and has done so ever since man first explored the sea. More than 90 percent of global trade transits across the world’s oceans and it remains the cleanest and most economical mode of transportation. In this era of globalisation and trade interdependencies, the disruption to the global economy caused by the recent pandemic has highlighted the importance of resilient global supply chains.

This resilience depends to a large extent upon the safe and secure passage of more than 50,000 ships crisscrossing the seas carrying goods from one part of the world to another. These ships are manned by seafarers, both men and women who sail through treacherous waters, hazardous weather conditions, and dangerous conflict zones to keep the wheels of the global economy moving. The sacrifice of merchant seamen during the two World Wars has been duly recognised, chronicled, and lauded. Even the constant threat from enemy ships, submarines, and aircraft which led to the sinking of hundreds of thousands of tonnes of shipping and loss of a large number of lives did not deter them from battling on just to ensure that the logistic lines were not disrupted.

More recently and closer home, during the Iran-Iraq  war, many Indian tankers transiting the Arabian Gulf carrying energy supplies to India was attacked and some damaged. However, the passage of tankers continued uninterrupted and at no stage did they allow India’s energy security to be compromised.  Rarely is the courage of the seafarer recognised partly because he or she operates far from land and partly because of the inherent sea-blindness of the powers-that-be who have had little or no exposure to either the challenges or the importance of the maritime domain.

More than the letter of the law, it is time-tested practices and conventions passed down from generations of seafarers which have shaped the conduct of states towards shipping and the rules-based order at sea. Presently, it is the United Nations Convention on the Law of the Sea 1982 (UNCLOS) which determines the conduct of states in the maritime domain. However, in sovereign waters, national laws apply which can differ considerably from state to state. This lack of uniformity often results in their arbitrary application by law enforcement agencies which in turn leads to protracted legal complications, impounding of ships, and detention of crews for long durations often extending to months and at times even years.

Concerns of shipping community not addressed

The worst affected in this are the crews, who by the very nature of the maritime domain are drawn from different nationalities.  Most shipping fleets fly a flag of convenience to take advantage of tax havens and in many cases, the ownership pattern of ships is also complicated and at times dodgy. It is not unusual to hear of crews being abandoned at ports and even at sea with shipping companies disappearing into thin air. This leaves the crew in the lurch and at the mercy of both, the shipowner and the legal process of the state with little or no consular access to their own embassy. This has always been a matter of concern for the shipping community but little has been done to address it.

In the wake of the COVID epidemic and the disruption it has caused in the global economy, it is important to recognise the contribution of seafarers worldwide in ensuring the seamless flow of trade including food, medicines, energy, and goods. However, unfortunately, they are finding themselves stranded at various ports and not being allowed to disembark their ships (Jingtang is one such port) due to the pandemic protocols in place. These protocols vary from country to country and within countries, from jurisdiction to jurisdiction.

The International Maritime Organisation (IMO) has issued certain guidelines which are referred to as the 12 Protocols on regulating and effecting timely crew change but these are not obligatory for governments to follow.

To address these concerns, Indonesia, a major seafaring nation with a large seafaring population moved a Resolution in the UN General Assembly on  December 1, 2020, titled “International Cooperation to Address Challenges Faced by Seafarers as a Result of the COVID-19 pandemic to Support Global Supply Chains,” recognising seafarers as key workers in the pandemic. It calls upon countries to allow the maritime crew changes, facilitating travel, and to ensure access to medical care.

Sponsored by 71 countries, it has been hailed by the IMO, the International Chamber of Shipping (ICS) and various other governmental and non-governmental maritime organisations around the world. Hopefully, the adoption of this Resolution will alleviate the concerns of the seafaring community to some extent. However, this does not place the UN member nations under any obligation to implement.

The underlying theme of the maritime narrative in recent years has been the importance of ensuring a rules-based international order at sea. In this region, it is focussed on maintaining a Free and Open Indo-Pacific (FOIP) and is driven primarily by the rise of China. China’s maritime belligerence reflected in amongst other things, it’s clear disdain for existing conventions and its revisionist approach towards re-orienting the existing rules-based order into one with Chinese characteristics have triggered enough worldwide concern for even Euro-centric countries like Germany and the Netherlands to articulate their Indo-Pacific strategy towards maintaining a FOIP. China’s disregard for international law and UNCLOS, of which it is a signatory besides being a permanent member (and one, therefore, assumes a responsible one) of the UNSC, is clearly indicative of China’s intent. Never was this more starkly illustrated than in its perfunctory dismissal of the ruling given by the Permanent Court of Arbitration at The Hague in favour of the Philippines in a maritime dispute in 2016.

The primary reason for the present imbroglio is the current ban on Australian coal imposed by China to damage Australia economically in retaliation for Australia’s recent criticism of its policies.  China, of course, maintains its holier-than-thou stance that every assistance is being provided to the crew onboard these ships and it is because of provincial pandemic protocols that the crews are unable to travel. The seafarers however have a different story to tell of not getting access to proper medical care, logistic support, etc.

It would be a pity if this victimisation of the crew is because China is smarting from the global backlash it is facing as a consequence of the spread of the Wuhan virus and is trying to teach a lesson to countries like Australia who have had the temerity to challenge it.  Perhaps it may be prudent for China to consider that it has one of the largest merchant fleets in the world manned largely by its own crews who could also find themselves in a similar predicament with the boot on the other foot which China will definitely not take kindly to. While this is a specific instance, seafarers the world over need to be protected from being hapless victims in disputes over maritime sovereignty, political differences, and non-traditional threats or geopolitical grandstanding.

India has highest seafarers in the world

From an Indian perspective too, the issue is much larger than the plight of just these 39 seafarers. In fact, there are many more Indian seafarers amongst the crew of other ships presently stuck at Chinese anchorages. Presently, there are almost two million seafarers worldwide with a significant number from the South Asian sub-continent.  Indians in fact constitute the third-largest number of seafaring officers in the world. All Indian seafarers are registered with the DG Shipping, Government of India and even those employed on foreign-flagged vessels go through agencies registered with the DG Shipping. Hence the safety and well-being of each and every Indian seafarer irrespective of the flag his ship flies is the responsibility of the Government of India.  Hence the initiative being taken to assist these seafarers is being appreciated.

It is also encouraging that due to the effort put in by various governmental and non-governmental maritime agencies and the UNGA Resolution recognising seafarers as key personnel in the battle against the pandemic, efforts to facilitate the change of crews, providing them access to airports etc. have been suggested to alleviate their hardship and restore a modicum of normalcy in their lives.

This is not the first time that seafarers find themselves in such a predicament and this won’t be the last. The issue of protection of seafarers, therefore, needs to be institutionalised in a robust legal and regulatory multilateral framework taking into account the transnational nature of their employment and their importance to the maritime rules-based order.

India, as one of the leading maritime nations in the world and a net security provider in the Indian Ocean is firmly committed to a free and open Indo-Pacific.

It must therefore play an active role in shaping global maritime conventions and regulations to also include adequate protection for the seafarer. Perhaps its two-year non-permanent membership of the UN Security Council which commenced in the New Year is a good opportunity to start.