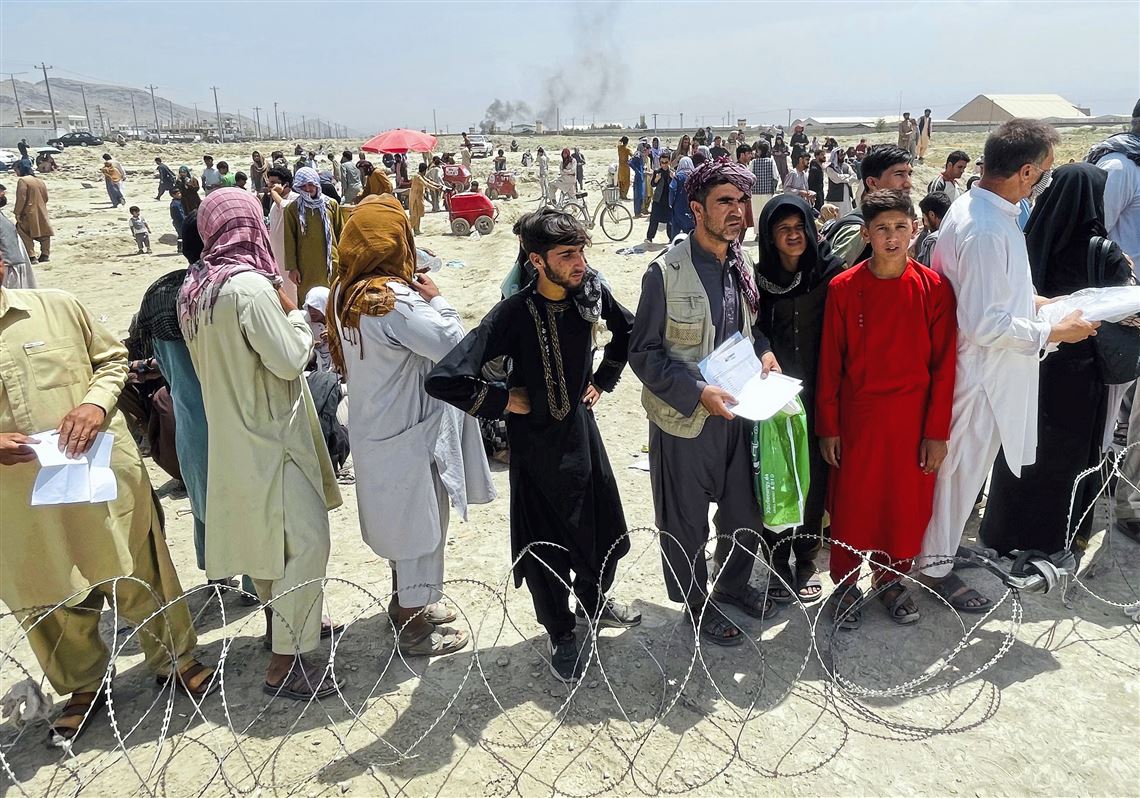 Sadly, Afghan people once again facing undue hardships with the unceasing political tension attributed by conflict and a constant fierce challenge is characterized by the recent change of the new setting of the Taliban regime who took control of Afghanistan on August 15. The tumultuous situation has brought an incredible tragedy and fragility for its long-suffering Afghan people.

The current embroiled political crisis has traumatized Afghans suffering culminating in distressing pain and revulsion. The Taliban’s gain in Afghanistan has instilled a threat, fear and uncertainty among the Afghans. The exacerbated feelings of isolation, imminent threat to their lives and the hardline restrictions of the Taliban forced thousands of Afghans to leave their motherland leaving behind everything they possess for a quest to lead a peaceful life with dignity. Since August 15, the chaotic and harrowing scenes of the desperation of the deprived Afghans at the Kabul Airport are heart-wrenching with devastating casualties.

This is a trying time for Afghanistan to decide its fate as the people of Afghanistan have suffered too much for fighting and waging war against others interests. The suffering stands in immeasurable and unspeakable terms as we look at the hard-gained achievements of 20 years of Afghanistan that have been rumbled in the dust.

India Must Stand for Afghan People

India’s hard-gained relation with Afghanistan and its people for decades cannot be forgotten and to carry on this legacy needs a response to the plights of Afghan people in this distressing time.

Prime Minister Narendra Modi said to provide all possible help to “Afghan brothers and sisters who are looking towards India for assistance.” Strengthening the invaluable humanitarian support recognizes the unimpeded passage of humanitarian relief for Afghans in need.

And in the realm of India-Afghanistan relations, which is historically well-maintained with great potential- the reflections are embellished through the reconstruction and development efforts in Afghanistan. The principal focus of India’s development assistance of $3 billion has been to build capacities and capabilities of Afghan nationals and its institutions for governance and delivery of public service, develop socio-economic infrastructure, secure Afghan lives and promote livelihood.

India is in ‘wait and watch mode’ with the emerging political developments in Afghanistan, however, to stand for the people of Afghanistan will be India’s greatest opportunity for the greatest challenging time for Afghan people.

India is home to more than 21,000 Afghan refugees. The United Nations Human Rights Council (UNHRC) documented 8275 Afghan refugees and 6000 plus asylum seekers in India, under its mandate. According to the Ministry of External Affairs, the Government of India report confirms that less than a hundred Afghan refugees have come to India ever since the latest Taliban takeover of the country began.

There are many challenges for Afghan people to overcome- lack of governance, the poor state of the economy, drought, COVID pandemic- the situation on the ground is grim. Today the catastrophic situation has pushed nearly 18 million people to extreme poverty and is in dire need of humanitarian assistance. Half of the population could not have access to food and children under five are at risk of acute malnutrition. Today no one is there to pay the salaries of people. Who are they expected to go to? Even if countries decide to provide aid, how will it be delivered to the people and through whom? International agencies will want security to work. Who will provide them with that?

Despite the political structural changes, the people of Afghanistan must be extended with a humanitarian assistance lifeline which is needed more than ever in their darkest hour of need.

The release of funds blocked by the US and other international donors made it difficult to meet the 75 per cent public expenditure budget of Afghanistan. The unconstitutional change of government is exacerbating and intensifying the lives of many more Afghans with complex challenges-Taliban is not recognized by the international community and as a result grants of around USD 8.5 billion per have been stopped.

What next for Afghanistan now?

This is a question and concern for all of us and to the international community- whether the international community continues to work together with Afghanistan to find a solution to this crisis. As the situation is not congenial and the recent day to day political developments in Afghanistan to form an inclusive government, the underlying question is whether the inclusive government guarantees peace, opportunity and human rights to all.

With the ongoing situation, there is an economic crisis, public services are being affected. The Taliban must move forward to accelerate a political solution that will make a vital difference in the lives of millions of Afghans who deserve it like the rest of the country’s people in the world.

It is etched in the history of Afghanistan that from time to time different factions, political actors and militias have created urgent challenges in destabilizing peace in Afghanistan. Therefore, a systematic change is mandatory to renew Afghanistan’s prosperity.

At this crucial juncture, it is important to adopt a comprehensive vision for Afghanistan’s transformation with active engagement and support of international countries free of any animosity.

Thus bringing about transformation will have a real impact on Afghanistan’s peace and development nevertheless it will require engagement not only from State actors but also civil society, political parties and women’s active participation.

Foreign relations – How to get countries to recognise Taliban led Government?

The first task of Afghanistan would be to constitute an all-inclusive Government. That’s the only way to get international support.

One of the conditions sought by all countries is an inclusive Government in Afghanistan- respect and protect international humanitarian law and the rights and freedoms of all persons and the hard-won rights of women and girls to be protected. The regional countries such as Central Asian Countries, Iran, Russia & China are worried that violence in Afghanistan could spill over to their countries. India is concerned about the Afghan soil being used by militant groups to threaten India & especially J&K. World is worried that sectarian & minorities might be threatened & May bring about civil war like in Syria.

The Taliban-led Government can receive support and the opportunities can be expanded once the education would be guaranteed, freedoms would spread and rights would be secured. The Taliban must abide by and upheld the interest of the international community is not providing its soil to mushroom a terrorism hub. Afghanistan to comply with the international agreements that strongly underline peace, genuineness, friendly relations and not to involve in terrorism activities.

Education to be an Inclusive Transformation Tool

One of the deepest concerns emerging in Afghanistan by the new imposed Taliban regime is the retraction from the framework that has to focus on quality and equity in education. The need to shift focus towards inclusion and quality education is outlined in the Sustainable Development Goal 4 (SDG4) including for countries in conflict or crisis contexts.

As per media reports, Taliban education minister Munir has said that “No PhD degree, Master’s degree is valuable today. You see that the mullahs and Taliban leaders that are in the power, have no PhD, MA or even a high school degree, but are the greatest of all”.

This outlook and understanding are set to miss the paradigm that ensures education to all and the relevance of education for a transformational change to curve the future of Afghanistan. In the past twenty years in Afghanistan, the education system has taken to the fore with 10 million children, and more than 4 million are girls in schools as compared to 2001. Hard-won advances in education in the last 20 years need to be upheld for better gains and for youth to be given leverage to access education freely.

Now with the given situation, the education system is dominated by the newly formed Taliban’s adaptation of Sharia law that curbs the interest of the Afghan people and does not amplify the ‘Good Regulation’ needed for secure and inclusive development. The new system does not allow boys and girls to sit together in the class- paradigms are shifting and this approach signals the appalling thought process which is diluting the essence of reconstruction of Afghanistan.

The world is watching and the call for action by the Taliban must demonstrate global leadership and set global standards.