India and Pakistan In A Tug-Of-War Over Stealth Fighters 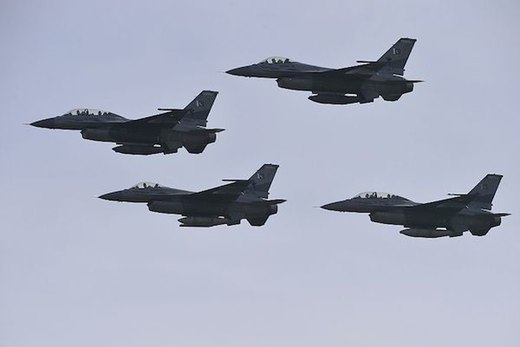 If India is on the verge of acquiring fifth-generation fighter aircraft, can Pakistan be far behind? With the decks cleared for the Indian Air Force (IAF) to co-produce 127 PAK-FA stealth fighters with Russia for 25 billion dollars, Islamabad has also declared its intention to catch up.

In December 2015, Pakistan Air Force Chief Sohail Aman had said that Pakistan was negotiating with Lockheed Martin of the US, exploring options to buy the F-35 stealth fighter. A week later, however, the Air Force Chief denied he was talking to Lockheed, exposing Pakistan’s limitations in acquiring advanced military technologies from the West.

Since Pakistan has had a hard time getting even outdated F-16s cleared by the US, the chances of the Pakistan Air Force (PAF) being allowed to come within a 50-feet radius of the F-35 is smaller than small. Also, considering how closely Pakistan and China work together in the military sphere, the risk of American technology being passed on to the Chinese is very real.

But even as the common Pakistani has been prepared to eat grass, the military will stop at nothing to buy or licence-produce fifth-generation fighters. If America doesn’t sell the F-35, then Pakistan will get the poor man’s stealth jet from China.

China has two stealth projects going concurrently. The larger aircraft, the J-20 based on the American F-22, is for the People’s Liberation Army Air Force (PLAAF) while the smaller J-31 (based on stolen blueprints for the F-35) seems to be the export model.

As Pakistan is China’s test market, the PAF could well be the J-31’s first foreign customer. To be sure, the nearly bankrupt Pakistani economy won’t be able to afford these expensive jets. But China, which has been a reliable supplier of low-cost weaponry to Pakistan, could provide the J-31 at cost price. Alternatively, Islamabad could get grants from the US or Saudi Arabia. One way or the other, the PAF will get the J-31.

Worryingly, from India’s point of view, while the J-20 jet has advanced to the eighth prototype and, after flight tests, is ready for regular production, the J-31 is also ready to roll out.

In its latest report to the US Congress, the US Department of Defence says these fifth-generation aircraft “could enter service as early as 2018” and warns that the new stealth jets could allow the PLAAF to dominate regional skies.

The May 2016 report, titled ‘Military and Security Developments Involving the People’s Republic of China’, says:

China seeks to develop these advanced aircraft to improve its regional power projection capabilities and to strengthen its ability to strike regional air bases and facilities. The PLAAF has observed foreign military employment of stealth aircraft and views this technology as a core capability in its transformation from a predominantly territorial air force to one capable of conducting both offensive and defensive operations. PLAAF leaders believe stealth aircraft provide an offensive operational advantage that denies an adversary the time to mobilise and to conduct defensive operations.

Based on the latest prototypes, the Pentagon says these fighters feature “high manoeuvrability, low observability and an internal weapons bay”. Plus, both aircraft have radars with advanced tracking and targeting capabilities, and protection against enemy electronic countermeasures.

In November 2014, a senior Pakistani official told IHS Janes that Pakistan was in talks with China to buy 30 to 40 FC-31s – the export version of the J-31.

Between Pakistan’s possible fifth-generation fighter options, the FC-31 would likely be the most accessible and realistic. That said, the Aviation Industry Corporation of China (AVIC) was (as of the 2015 Dubai Air Show) actively searching for an international partner to assist it in developing the FC-31. In other words, the PAF’s reported interest in this fighter is from the perspective of an off-the-shelf acquisition, not joint development and/or licensed production. Although there have been some concerns about the J-31’s performance benchmarks (it is the underlying platform the FC-31 will evolve from after all), the PAF may — depending on its needs — find what it is looking for in the FC-31.

Even as the PAF is seeking the J-31, Air Chief Marshal Aman notes the urgency of looking beyond the Chinese jet and conceptualising Pakistan’s own ‘new generation fighter.’ To be sure, Pakistani aerospace is rudimentary. The only jet of some capability it manufactures is the JF-17 Thunder, a joint venture with China, based on the blueprints of a cancelled Russian fighter and imported jet engines from Russia. This is, at best, 1980s technology, but at least it fills the gaps in the PAF fleet.

However, from the basic JF-17 to a stealth fighter that can match up to even the current crop of stealth fighters is a big ask. Pakistan’s game plan is to licence and produce the J-31, and absorb its technology even as the newly established Kamra Aviation City and the Airpower Centre of Excellence take baby steps towards developing homegrown ‘intellectual foundations.’

These ambitions are not to be scoffed at. Until a few decades back, it used to be said that Pakistan does not make even its own sewing needles. Nevertheless, without having much of an industrial base, it did acquire nuclear bombs. Driven by its obsessive desire to match the Indian military power, Islamabad has ignored economic development and kept the vast majority of its population in abject poverty, but has managed to produce ballistic missiles, cruise missiles and tanks.

The JF-17 is the most recent offering from Pakistan’s growing military industrial complex. It is an excellent example of a low-cost, multi-role lightweight fighter mated with modern electronics and precision-guided weapons.

It isn’t a top-tier competitor, but it represents a clear step up from Pakistan’s Chinese MiG-19/21 derivatives and French Mirage III/V fighters. This positioning addresses a budget-conscious, ‘good enough’ performance market segment that the West once dominated, but has nearly abandoned in recent decades.

India’s Tejas may be a much better aircraft, but the Chinese-Pakistani JF-17 project started much later and delivered a lot earlier. And while the Indian jet is still being slowly inducted into the IAF, Pakistan claims it has four export customers, including Egypt.

So, ruling out a Pakistani next-generation fighter would be highly unwise because, like the old Soviet Union – which sucked at making consumer goods but excelled at weapons – Pakistan also seems to be treading the same path. While Pakistanis have an abysmal quality of life and corruption and terrorism strikes at the country’s vitals, the army generals are diverting most of Pakistan’s scarce resources into military production – in their foolhardy attempts to gain parity with India.

What India Can Do

First, the IAF must not surrender its pole position in the region. During the Cold War decades, as a reward for being America’s sidekick, Pakistan received the latest US jet fighters such as the F-85 Sabre, F-104 Starfighter and the F-16 Falcon. But the pendulum of air superiority swung towards the IAF with the arrival of the Russian MiG-29 multi-role fighter in 1985 and, more decisively, after the Sukhoi Su-30MKI was inducted in 1997.

Under no circumstances should the IAF lag in the stealth race. Even a single stealth squadron – approximately 14 jets – could give the PAF a psychological edge while also terminating the IAF’s 31-year record as possessing the most advanced jets in the region.

While the IAF’s 272 Sukhois will remain a potent force that dwarfs the PAF’s abysmal fleet strength, it will be an acute embarrassment for India if the Pakistanis acquire a stealth fighter before India does.

It is in this backdrop that India needs to fast track the PAK-FA. The Russian aircraft has several key advantages over the competing stealth jets. For instance, at 2,440 kph it is faster than Chinese and American aircraft. It also has a huge advantage regarding endurance – its range of 5,500 km beats the 3,400 km of the American F-22. The Russian jet’s radar allows it to spot incoming threats at a distance of up to 400 km, compared with the F-22’s 210 km.

While India appears to have woken up to the realities of stealth in the region, the onus is also on the Russians to wrap up tests and commence series production. Plus, the pace of work needs to pick up on the Indian version, which may, like the Su-30MKI, integrate Indian and Western avionics into the Russian airframe.

Early induction into the IAF would translate into gains for the Aerospace Industry. Local scientists can study the Russian aircraft and incorporate its features into India’s future stealth fighter.

By fast-tracking its fifth- and sixth-generation fighter programmes, India not only makes sure Pakistan will perennially play catch-up, but also draw it into an arms race that will wreck the weak Pakistani economy.

Since a full-scale war is not possible between nuclear-armed countries, a massive arms race is one of the ways India can ensure Pakistan’s breakup. It happened to the mighty USSR; it can happen to Pakistan as well.