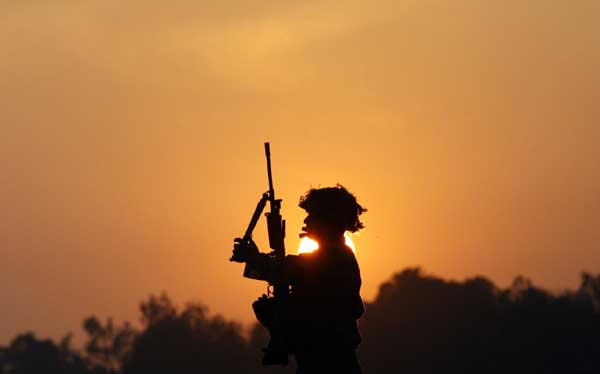 India’s political leadership, preferring to accord priority to electoral politics, has seemingly distanced itself from national security issues. At the same time, the armed forces have been deliberately excluded from a role in national security decision-making.

While abdicating their own responsibility, the political elite have placed the armed forces under the control of civilian bureaucrats, unfamiliar with complexities of national security and weapon acquisition programmes. Given that the military and the bureaucracy function in separate silos, within the Ministry of Defence, it is no surprise that discord has set India’s military modernization back by 15-20 years.  Nothing could give our adversaries greater satisfaction.

It is a reflection on the vision and strategic sense of India’s post-independence political leadership that no serious thought was given to the vital issue of creating an efficient military-industrial complex capable of supporting the armed forces. Consequently, India remains the world’s biggest arms importer. Ironically, this is in spite of a vast complex comprising thousands of talented scientists working in a network of sophisticated Defence Research and Development Organisation (DRDO) laboratories, backed by advanced production facilities of the government-owned ordinance factories and defence public sector undertakings.

Amongst India’s major technological achievements in the military field are nuclear weapons, a family of ballistic missiles and a nuclear-powered submarine. Our shipyards have delivered over a hundred modern warships, with many more, including an aircraft-carrier, under construction.

India’s failure to attain self-sufficiency in weapons, despite these achievements, is rooted, (apart from a political detachment) in a number of unpalatable realities.

Firstly, much of the hardware, incorrectly flaunted as ‘indigenous’, is being produced under licence, using foreign technology, with little or no inputs by Indian scientists. Secondly, DRDO scientists have created an autonomous domain, in which the military has no say and the bureaucracy is unable to exercise oversight. In most major projects, scientists have overstated their capabilities, creating false optimism; leading to time/cost overruns and capability voids.

At the heart of every single ship, aircraft, tank or missile, claimed as ‘indigenous’, there are key technologies and components that are sourced from abroad, and make us hostage to the suppliers. We also need to face the fact that nations like China, Brazil, Singapore, Turkey and even Pakistan are, today, sellers in the international arms market and China’s progress in this field has been truly spectacular.

None of the tantalising promises held out by the government, whether it is ‘Make in India’, FDI in defence production or expeditious clearance of defence acquisition cases, have, so far, delivered significant capability to the military. Recent media reports have cited the Minister of State for Defence, Subhash Bhambre, as saying that India’s arms procurement process is dogged by “multiple and diffused structures with no single-point accountability,” adding that “duplication of processes, avoidable redundant layers….. no real-time monitoring and no project-based approach” are factors that have hindered progress.

The minister’s observations are, indeed, valid, and emphasise the harsh reality that India’s national security structure and its functioning need urgent reform in many spheres. The time has, obviously, come for the Indian politician to acquire comprehension of security issues and find the time and mental capacity to involve herself /himself directly in long-term national security planning, keeping self-reliance in weapons as a top priority issue. With the regional security environment becoming fraught and the China-Pakistan nexus bearing down on India, four issues need to be addressed with urgency.

Firstly, in seven decades of independence, the government has not considered it necessary to issue a defence white paper, or undertake a defence review. In such a vacuum, the defence budget is being spent in an ad hoc and wasteful manner by individual Services satisfying their hardware wish-lists.

There is an urgent need for the government to articulate national aims and to promulgate a security strategy for their attainment. The appropriate and necessary military capabilities will emerge from this process.

Secondly; the imperative need for re-structuring of our laggard military-industrial complex must be faced squarely. The objective of ‘Make in India’ can be attained only if the vast resources of the DRDO and DPSUs (Defence Public Sector Undertakings) are disaggregated and re-cast on the lines of successful models in the UK, Israel or Singapore. Integration of the private sector into the new defence-production paradigm will help eliminate the inefficiencies of the public sector.

Lastly, we need to train and equip our defence bureaucracy for its onerous responsibilities. With the squeeze on defence spending, it is necessary to prioritize demands of the military and ensure that funds are spent with prudence, probity and sense of urgency.

This calls for the creation of a National Security Cadre, composed of civilian and military officers formally trained in acquisition processes, contract negotiation and contract implementation.

India’s national security has been endangered on many occasions due to a deep-rooted inability to learn from past mistakes and to implement timely corrective measures.

As our neighbourhood gears up for nuclear, cyber, space and integrated all-arms warfare, and our generals speak of a “two-front war”, let us heed the refrain of the Comptroller & Auditor General whose annual reports have been warning Parliament about India’s “half-empty arsenal”.