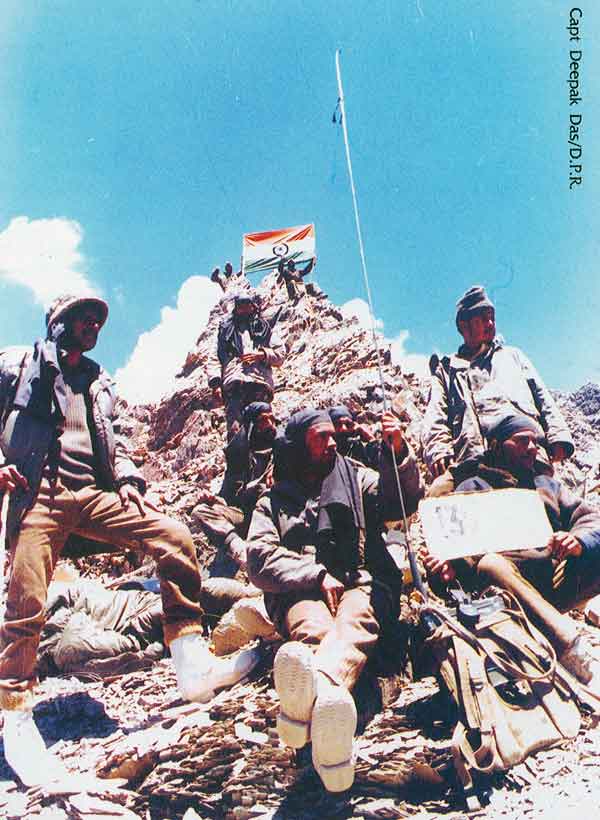 Sahab, suna hai ye sar kaat ke le jaate hai aur insan bhi kha lete hai` (Sahab, we heard that they cut off the head of their enemies and are cannibals) – This was not a terrified Pakistani soldier but a terrified soldier of 17 Jat battalion who asked Srinjoy Chowdhury – author of the book `Despatches from Kargil`.

Traditionally Naga tribal used to keep skulls for two reasons – (i) of their dead ancestors as a mark of respect or (ii) of their dead enemy as a mark of victory, hence the name Headhunters. It appeared that their reputation walked ahead of the unit. For the enemy, equally frightening was Naga’s reputation of not taking any prisoner. Hell, they lived up to this reputation.

Like their Pakistani counterparts, Jats soldiers had heard a lot about Gorkha soldiers and hadseen them enough (there are 7 Gorkha Regiments in the Indian Army with 6-7 battalions in each regiment) but the Naga soldiers were not so familiar to them. There are just three Naga Battalions and 1 TA (Territorial Army) Naga Battalion.

During the 1960s, the government was keen to bring the Naga youth in the forefront of the national development. There was no better way than to give them a chance to earn the honour of becoming defenders of the motherland. Hence, 1 Naga was raised on 1st Nov 1970 at the Kumaon Regimental Centre, Ranikhet under the command of Lt. Col. R.N. Mahajan, VSM.Even 69 Naga rebels were enrolled in 1 Naga directly from the rehabilitation camps.

2 Naga played a very crucial part in capturing the famous Tiger Hill during the night of 3rd/4th July 1999 and then the strategic Pt 4875 complex. During the attack on the Tiger Hill, 2 Naga held the left flank while 8 Sikh held right flank. 18 Grenadiers captured the Tiger hill. On that single night, 2 Naga lost 30 men and over 80 were injured.

During the operation to capture Pt 4875, 2 Naga captured Twin bumps feature by 1200 on 6thJuly. Then there was a Heavy Mortar position, which had 82mm and 120mm mortars and it was threatening the National highway and Dras town.

After capturing Twin Bumps, on 8th July 2 Naga launched a raid on the enemy mortar position. Leading assaulting party moved stealthily and 23 years old Sepoy ImliakumAo surprised and killed the sentry guard of the outer perimeter of the Mortar position. Then they stormed the Mortar position, killed 4 enemy soldiers and captured 3x82mm and 4x120mm Mortars. For his bravery and devotion to duty, Sepoy ImliakumAo was awardedMahavir Chakra. His award citation reads “His determination, grit, cool confidence and raw courage in the face of the enemy was exemplary in the true spirit and traditions of the Indian Army and the Regiment which was a factor in eliminating the enemy from the almost indomitable mortar position”.

Enthusiastic and victorious Nagas did not stop there and Launched attacks on Rocky Nob, Hump and Tip featured and captured them all by 10thJuly. Their valour and `reputation` left an unfading impression on both enemy soldiers as well their brothers-in-arms.

Kargil war officially ended on 26th July 1999 and Indian Army celebrates it as Vijay Diwas. Please light a candle for those 527 soldiers who made supreme sacrifice for our country. It would just take a minute of your time but would mean a lot to every man/woman in uniform and their families.