French defence industrial base: looking beyond the budget 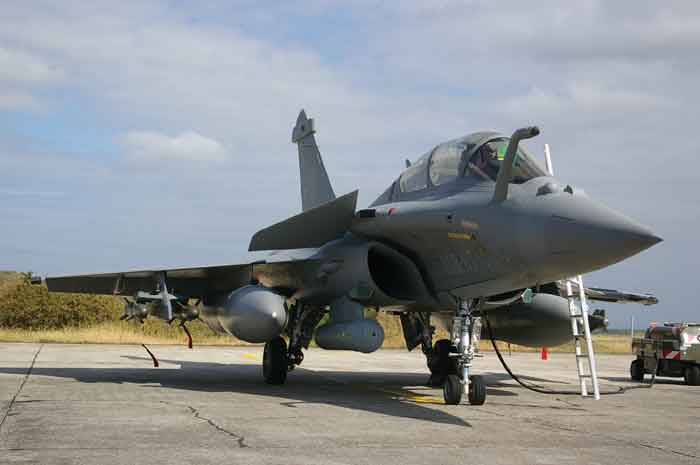 Several aspects regarding the long-term future of the French defence industrial base remain unknown, and are unlikely to become evident until the government publishes its anticipated Livre Blanc (White Paper) on defence in February 2013. This document is expected to outline the strategic and defence spending priorities of the government between 2014 and 2019. Few in the French government or the French polity at large are under any illusion that Mr. Hollande will have to make some drastic cuts in the coming years to French public spending if the economy is to remain buoyant. The President has promised to cut the budget deficit by three per cent next year. Defence spending in France has in recent years been largely ring-fenced from the reductions which have been witnessed in other areas of the French state, most notably in education.

Since taking office in May 2012, François Hollande, France’s first Socialist President since François Mitterand (May 1981 to May 1995), has come under considerable pressure to reduce the country’s public spending deficit. To this end, part of his strategy will be to cut the French defence budget. This is set to have ramifications at home forcing defence companies to adapt to a smaller domestic customer base while at the same time expanding their presence on the international arms market. Simply put, for French defence companies to survive in their present form and to be able to invest in new products and services, they need to attract export sales to balance the shortfalls in domestic funding that they will almost certainly experience in the coming years.

The French defence industry makes an important contribution to the government’s coffers. One oft-quoted statistic says that for every one euro ($1.3) that the government spends on defence, it receives up to €1.3 ($1.7) in tax, social security contributions and export revenue. However, in order to increase the export share for French contractors the government is under pressure to enhance its support to defence exports. Some senior figures in the French defence establishment have been critical of a perceived lack of support at governmental levels when companies are trying to win lucrative export contracts for materiel.

Dassault Aviation’s failure to sell its Rafale combat aircraft to the Royal Moroccan Air Force in 2008, a market where French companies have traditionally been strong, was blamed in part on lukewarm political support. Rabat instead opted to purchase the Lockheed Martin F-16C/D Block-50/52+ to fulfill its combat aircraft requirement. In July this year, the Conseil des Industries de Défense Francais (CIDEF/ ‘French Defence Industrial Council’) which represents the country’s land, air and sea armaments producer federations, articulated a number of recommendations to improve political support mechanisms for French defence exports. These included accelerating the time it takes for the government to award an export licence; a closer working relationship between the French Ministry of Defence and the defence industry; increased multi-lateral international defence cooperation, designing materiel to cost and simplified organisational structures for defence products offered on the international market vis-à-vis prime contractors and sub-system suppliers. 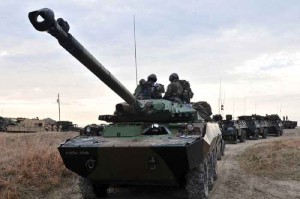 The French Marines, themselves part of the French Army, use the AMX-10RC wheeled reconnaissance vehicle. These will eventually be replaced via two new vehicle acquisition programmes which the French Army currently has underway

Overhauling the infrastructure supporting French companies seeking to export their wares will be as important as attracting new customers for these firms. Domestic defence budget cuts are almost certainly on the horizon. In a bid to tackle the size of the country’s deficit, Mr. Hollande has unveiled his government’s spending priorities for 2013 which will see up to €10 billion ($13 billion) worth of cuts, and €20 billion ($26 billion) of tax increases. The defence budget has been set at €31.4 billion ($41.1 billion), the same figure as for 2012, but this is almost certain to reduce in the coming years.

Trouble at the Top

While the defence budget seems set to reduce in the long term, some traditions of French defence policy seem set to remain, one of which is a significant degree of political intervention in the country’s defence industry. Regardless of the political orientation of the party and President in power, French governments have a long-standing history of involvement in the domestic manufacturing base. Seen as a strategically vital industry, the French state enjoys a controlling interest in many of the country’s leading defence materiel providers. This was illustrated in early November when the Executive Chairman of Thales, a large company with interests across the land, sea, air and security domains stepped down reportedly at the behest of the Jean-Yves La Drian, the Minister for Defence and Veterans Affairs, as the Defence Minister’s post is officially known in France.

The departure of Luc Vigneron from Thales was allegedly the result of dissatisfaction at the defence ministry with Mr. Vigneron’s style of management which had been criticized as leading to a reduction in the company’s strong position amongst the major players in the European defence industry. The French government owns a 27 per cent stake in Thales. Another alleged reason for Mr. Vigneron’s departure was because of his perceived closeness to Dassault Aviation, another leading French defence company, which retains a substantial stake in Thales. Dassault Aviation has been alleged by some critics in France as being politically close to the former right-of-centre administration of President Nicolas Sarkozy, who was replaced by Mr. Hollande in May 2012. It is possible that Mr. La Drian’s decision to replace Mr. Vigneron was motivated as much by a desire to reduce the influence of Mr. Sarkozy’s supporters in the higher echelons of the French defence industry, and to stamp the new administration’s mark on it, as it was dissatisfaction with Mr. Vigneron’s performance.

The key role that the French government plays in defence decision making was further illustrated weeks before when the planned merger between pan-European defence concern European Aeronautics, Defence and Space (EADS) and the United Kingdom’s BAE Systems collapsed. The merger would have been worth up to €70 billion ($92 billion), and would have created the world’s biggest defence and aerospace firm. The merger was seen as being essential for opening new markets to each company and helping them to manage the expected reduction in defence spending in their respective home markets in the near future.

Along with the German government, the French government exercises considerable control and political influence over the firm owning 15 per cent of it, although the collapse of the deal was largely blamed on objections from Berlin over the proposed merger.

Away from the proposed EADS-BAE Systems merger, governmental efforts to restructure elements of France’s defence industry are proceeding in a halting fashion. In terms of army equipment, some limited changes have been made to the industrial landscape, most notably with the recent merger of land vehicles specialists Panhard with Renault Trucks Defence. When including Nexter, this reduces the number of companies specializing in military vehicles to two. 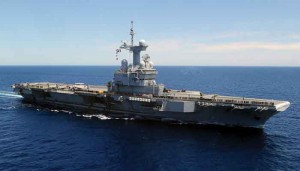 The Charles de Gaulle aircraft carrier is the flagship of the French Navy. She is the only aircraft carrier in the fleet despite a long-standing ambition to procure a sister for her. Current plans to reduce the French defence budget make this unlikely to happen in the near future

Previously Nexter, Renault Trucks and Panhard had all been involved in the production of military vehicles with some degree of overlap across all three concerns regarding their product catalogues. There has been discussion in the past regarding a putative alliance between Panhard, Renault Trucks and Nexter vis-à-vis their respective product lines yet there has been no further movement on this front. It is unlikely that there will be any further momentum regarding this before the publication of the French government’s much-anticipated Livre Blanc (White Paper) which will detail its strategic priorities and defence spending plans until the end of the decade.

French companies involved in land systems face some tough decisions. International cooperation has, at times, been problematic and the industry is eagerly anticipating new domestic procurement programmes. Speaking at a press conference in Paris on 21 November last year, Christian Mons, representing CIFAS, said that there were no current or mooted projects involving land armaments existent between France and the United Kingdom beyond the ongoing CTA 40mm gun programme which involves Nexter and BAE Systems. This is despite the signature by the British and French governments of the Lancaster House Treaties on 02 November 2010, which pledge to promote Anglo-French military and strategic cooperation.

Bilateral military technological development initiatives specifically in the land domain were said to be conspicuous by their absence in these two documents.

At the domestic level, this leaves French land armaments manufacturers largely dependent on the Scorpion, VBMR (Véhicule Blinde Multi-Role/ ‘Multi-Role Armoured Vehicle’) and EBRC (Engin Blindé Reconnaissance et Combat/ ‘Armoured Combat and Reconnaissance Platform’) programmes for domestic orders. The Scorpion initiative is an overarching transformational programme to be rolled out across the Armée de Terre (French Army) aimed at improving weaponry, land force connectivity and force mobility. The VBMR and EBRC projects will develop a six-wheel drive armoured vehicle in the 20-tonne class, and an armed reconnaissance vehicle to replace a host of the Armée de l’Air (AdlA’s) existing vehicle fleet including its AMX-10RC wheeled reconnaissance platforms. Around 1,000 VMBR vehicles are expected to be procured from 2016 with up to 700 EBRCs also equipping the force.

One aspect of the Scorpion programme is in place, which is an ambitious plan to outfit the French army, air force and navy with a new model of software-defined radio to replace the existing Thales PR4G system which is currently in use. Known as the ‘Contact’ programme, Thales will lead this project which is expected to be worth just over €1 billion (€1.3 billion). Up to 2,400 vehicle-mounted and 2,000 portable radios will be delivered to the French armed forces from 2018; the majority of which will equip the army. The air force will receive radios designed for air-to-ground communications as part of the programme, with the navy being equipped with a marinised version. Beyond these three major programmes, the land systems industry in France will be highly reliant on export sales to remain healthy and to safeguard jobs.