In practical terms, securing India’s great power goals imposes two strategic requirements. The first is a sustained economic growth rate.7 Near-term growth depends on uninterrupted access to foreign sources of oil. Given the small contribution that nuclear power currently makes and the long lead time involved in its significant expansion, the oil and natural gas components of energy security occupy a salient position in India’s strategic thinking. India’s geographic position along the sea lines’ connecting the Persian Gulf with Asia’s other growing economies reinforces India’s potential to be a security provider along this crucial route. 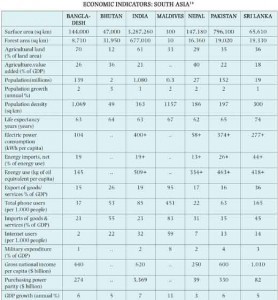 Therefore, the second strategic need is to secure access to energy resources and unhindered foreign trade, which will have an impact on the direction of development. This brings out the importance of the extended South Asia region, which includes the littoral states of the Indian Ocean.

India today belongs to an exclusive club of nations that has deployed nuclear powered submarines, launched remote sensing satellites (with the ability to map the earth’s resources from outer space) and launched intermediate range ballistic missiles. Its launching of the polar satellite launch vehicle in October 1994 was impressive. It is a nuclear power.

South Asia has the maximum languages and dialects in the world. The region is connected by historical and cultural ties in language, faith, belief, customs, traditions and literature and has a common destiny. One cannot prosper without the other and it is only through cooperation within the region that it can compete outside it. It is in the common interest of South Asia that the region develops to become strong, stable and economically prosperous. While its constituents have separate and distinct national identities, they draw from a common consciousness. The region has rich intellectual traditions and a multi-culturalism that reflects respect for diversity and tolerance, and respect of religions. It works to bringing people together rather than talk of a clash of civilisations. “…… nations may clash with one another; cultures and civilisations can co-exist. The 21st century will be shaped by a confluence of civilisations”.8 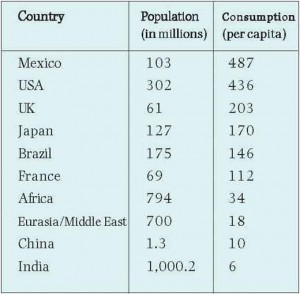 Social and economic ferment is changing South Asia. The awareness and aspirations of the people are increasing. For long the region has been classified as exotic, at best, and disaster-prone or poverty-stricken, at its worst. Developments within the region, in the recent past, are causes of both hope and despair. The events of 9-11 and the London train bombings of July 2006 were set in motion from here. Peace and security in South Asia is indivisible from the threats arising out of international terrorism and the proliferation of weapons of mass destruction, the threat from non-state actors and non-traditional threats such as pandemics, natural and man made disasters, small arms proliferation, narcotics and human trafficking. South Asia is also emerging as an engine of economic development and growth.

Parts of the world are focused on modernising, streamlining and privatising their economies. Other parts are caught up in fighting over who owns what. Globalisation is ‘the defining international system’ of the present era. Its central features are the rapid, growing, and uneven cross-border flow of goods, services, people, money, technology, information, ideas, culture, crime, and weapons in an inter-connected world system in which independent networks and flows surmount traditional boundaries (or make them irrelevant). It implies a transformation in the concept of sovereignty. Where does South Asia stand on this stage?