On June 16, a Chinese PLA construction party entered Doklam area and attempted to construct a road.  Doklam, on the edge of Chumbi valley and adjacent to the India-China-Bhutan tri junction is emphatically Bhutanese territory which China has been claiming with military muscle power and propaganda against the tiny and weak Himalayan Kingdom for decades now.  The Chinese foreign ministry and official media have stated that Doklam is “indisputably” Chinese sovereign territory.

A Bhutanese army patrol tried to dissuade the PLA from construction telling them to withdraw to the pre-June 16 position.  The Bhutanese government through its embassy in New Delhi issued a protest on June 20 to the Delhi Embassy in New Delhi.  (The two countries do not have diplomatic representation in each other’s countries and work through their embassies in New Delhi).

Again on June 29, the Bhutanese government issued a strongly worded demarche asking China to stop constructing the motorable road from Doka La in the Doklam area towards the Bhutanese army camp at Zompelri.  Doklam (which the Chinese call Donglong) is tri-junction area in the Sikkim sector.  The Bhutanese foreign ministry statement said that the construction of the road in Bhutanese territory was a direct violation of the 1988 and 1998 agreements between Bhutan and China and affects the process of demarcating the boundary between the two countries.

Several agreements exist between India and Bhutan including providing security to Bhutan.  Both governments have been in close consultations on the June 6 incident.  In coordination with the Bhutanese government Indian border personnel who were present in the general area of Doka La approached the Chinese construction team telling them to desist.

India has maintained a dignified and restrained silence in the face of rising crescendo of orchestrated threats and demands from China.  Joining China in such charges would only reduce the issue to a fish market fight.  New Delhi preferred the diplomatic route which remains open and healthy.  Last month, when meeting Chinese President Xi Jinping at Asthana where India was admitted to the Shanghai Corporation Organisation (SCO) Indian Prime Minister Narendra Modi remarked that not a single shot had been fired across the border in the last 40 years.  Mr Modi was referring to the fact that despite a vexed border issue between the two countries, confidence-building measures between them had reached a level where disagreements could be resolved peacefully and without acrimony.

In the context of Doklam, unfortunately the Chinese foreign ministry and the official Chinese media raised the temperature to a veiled threat, obliquely referring to the 1962 border war when the Chinese got the better of the Indian forces.  This is sheer arrogance that the economically and militarily powerful China has been demonstrating.  Indian defence minister Arun Jaitley had to politely tell the Chinese that India 2017 was not India 1962.  Even Chinese military experts are in agreement with this assessment.

Finally, the India External Affairs Ministry decided to respond in a firm but polite manner.   In the Indian statement issued on June 30, the actual situation and events leading up to the confrontation were stated, reminding the Chinese of agreements they have violated, the threat to Indian Security by actions that the Chinese have embarked upon in Doklam, and India’s commitment to Bhutan.  The statement reminded China of the importance of consensus reached between India and China through the Special Representative Process and to scrupulously respect those agreements.  The two sides had agreed in 2012 that tri-junction points between India, China and third countries were to be finalised in consultation among the three, and any attempts to unilaterally determine tri-junction points was a violation of this understanding.  In Doklam, China violated this agreement both in letter and spirit.

The situation appears to be progressively deteriorating.  The Chinese foreign ministry has now issued a map showing Doklam as Chinese territory.  They have also issued photographs with notings in Chinese stating Indian soldiers violated Chinese territory.  This is for the first time in decades that soldiers of the two sides are standing eyeball to eyeball, though not with weapons pointing.

As expected and known, the Chinese are artificially creating history of Doklam as having been Chinese territory historically.  This is the same tactic they have followed elsewhere when claiming territory, like in the South China Sea and East China Sea, followed by military pressure and almost direct threats as Xi Jinping did with the Philippines’ President Rodrigo Duterte.  What has to be noted is that the Chinese have got away with it.

After his meeting with Donald Trump, Xi Jinping apparently concluded, or atleast presumed, that the US was retreating to an isolationist mode vacating huge space to China.  Trump withdrew  USA from the Trans Pacific Partnership (TPP), diluted US pivot to Asia, and told allies like Japan, South Korea and NATO to contribute more for their security.  It was evident that Trump was much less enthusiastic about alliances and preferred bilateral dealings.

What is of concern are the comments of Chinese strategic experts on the issue as reflected in the Chinese official media.  Comments include the possibility of war if India did not handle the Doklam conflict property, and that in case of a war the US was unlikely to directly get involved.  On the side, increase of Chinese navy submarine activity in waters surrounding India in the Indian should not be overlooked, but there is no need for India getting overly perturbed.  But air intrusion along the India-China borders should not surprise anybody.

The Chinese strategy along the Indo-Himalayan Border (IHB) should be clearly understood or revisited.  This the strategy of the Communist Party of China (CPC) from the early 1950s –to pressure India and break up India.  From the 1950s China has been supporting the Naga separatists in North East India.  Post Mao Zedong the CPC leadership declared that they had dropped the strategy of supporting national liberation movements and communist movements abroad.  The facts on the ground speak differently.  While this was discarded as an ideological path, it became more hard headed indirect strategic warfare.

Support to Indian insurgents of the North East continued surreptitiously.  Arms, ammunition and communication equipment continued to flow in through Myanmar.  Myanmar’s military rulers who became very close to Beijing were complicit.  In 2004, ten truck loads to arms and ammunition meant for the United Liberation Force (ULFA), Naga Separatists NSCN (1(M) and others were landed in the Chittagong Port of Bangladesh.  It was established that the arms came from China, and the then BNP-Jamat-e-Islami (JEI) government was complicit. The arms consignment was accidentally discovered in the night by two patrolling policemen, and flashed in the Bangladeshi media.  ULFA and NSCN (1/M) leaders based in Bangladesh used to visit China facilitated by the Chinese media.

Simultaneously, efforts to control the IHB through allied or friendly Tibetan monks continued.  Prime example is the so-called “escape” of Ughen Thinley Dorjee (UTD) from Lhasa to the Dalai Lama’s set-up in Dharamsala in the year 2000.  UTD is a claimant to the Karma-Kargu seat in the Rumtek monastery in Sikkim, as the 17th Karmapa.  China claims the strategically located Tawang in Arunachal Pradesh, arguing that the Tawang Monastery historically paid corvee to Lhasa and Tibetan sentiments closely linked to Tawang.  There have been other incidents involving monasteries in the IHB.

Doklam and Tawang are very important to China’s strategic threat to India.  Access to either one (and both will be the icing on the cake) will cut off North East India from the mainland.  Both overlook the Siliguri corridor or the “chicken neck”, a short strip of land that connects the north east.  The other connection is by flight over Bangladesh or by road through Bangladesh, a situation not certain if the BBP-JEI return to power in Dhaka.   The BNP-JEI strongly objected to the Current Awami League led government agreeing to provide these facilities to India.  Their argument was that if there was an India-China war, Beijing would be very unhappy if India was allowed to send troops and equipment to the north-east through Bangladesh.

Chinese activities on the borders need to be kept under constant and active review.  Chinese PLA intrusion with some strength in Chumer in 2014 when President Xi was being entertained by Prime Minister Modi in Ahmedabad was no accident.  The same was the case of deep intrusion in other points.  These will come into play later on when China takes up the demarcation of border seriously.

Two things that may have irked China recently were the visit of the Dalai Lama to Tawang where a Union Minister received him, and India’s refusal to join the One Belt, One Road (OBOR) project.  Even in Chinese media articles attacking India on the Doklam standoff, this aspect is mentioned.

The OBOR is President Xi’s jewel in the crown.  He has invested considerable political asset in this project in the face of caution from his party colleagues and advisors.  The flagship project is the China-Pakistan Economic Corridor (CPEC) which is facing periodically rough weather in Pakistan.  Xi Jinping wanted India in CPEC to take over some financial responsibility and also make it politically viable. 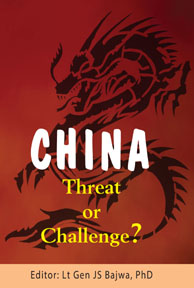 It may be kept in mind that the 19th congress of the CPC would be held later this year, around October or November.  A whole lot of top leadership would retire and Xi Jinping will be re-elected as the Party Chief for another five years.  He is expected to fill the politburo and its standing committee, as well as provincial heads with his handpicked people.  Even after getting himself declared as the “core” of the leadership, there are people who want to take him down.  He was forced by carefully engineered circumstances to take a hard-line on Hong Kong.  Xi will have to take ownership of major failures.

China has dug itself so deep in Doklam that very little room has been left for an honourable and face saving retreat to status quo ante.  Only Xi Jinping can repair the situation, and it will be a tricky and difficult job.  We will have to wait for the Xi-Modi meeting in Hamburg, Germany on the side-lines of the G-20 meeting on July 7.

China’s international specialist Shi Yinbong, who is also an advisor to the State Council, wrote an article in late 2016 titled “China must guard against strategic overdraft”.  He warned against strategic military sabre rattling and projecting economic power.  His comments were aimed at South China Sea and OBOR.  If Shi says this, he would not be alone.

If China does not stop its road building project and deploys tanks and artillery in Doklam, India-China relation could suffer a serious setback.