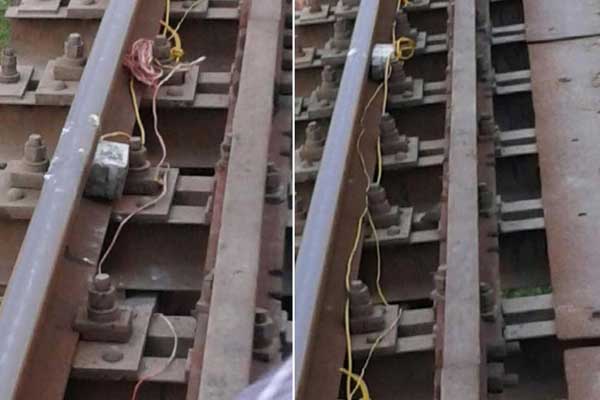 The terror attack in Dinanagar town of Gurdaspur in Punjab and the growing incidents of terrorism in J&K coupled with frequent appearance of flags of the notorious ISIS terrorist outfit are a signal loud and clear for the chief ministers Parkash Singh Badal and Mufti Sayeed, to shed the politics of appeasement of radicals in their respective states in a bid to thwart the ugly designs of Pakistan to revive full-scale terrorism in the two states.

Reports of Pakistan making attempts to revive militancy in the two states with the help of terrorists of Punjab and J&K who were residing in Pakistan  have been pouring in from time to time.

The new tactics of a woman terrorists accompanying the ultras at Dinanagar is a matter of concern as the phenomenon was witnessed in J&K during the period when terrorism was at its peak and some women were found working as overground workers for militants particularly in the mountainous terrain of Kishtwar and Doda. But in the case of Dinanagar, the woman terrorists was reportedly active in firing at the security forces.

Another disturbing factor is that the terror strike at Dinanagar is on the route between Pathankot and Amritsar that witnessed high level of terrorism during the so-called Khalistan movement by radicals about 18 years ago. The areas of Pathankot, Gurdaspur, Amritsar and Taran Taran districts of Punjab were worst affected during terrorism.

The incident of Dinanagar cannot be taken in isolation as the area is very close to the Kathua district of J&K and the dry bed of the river Ravi is the dividing line between the two places.

Fear has been lingering that the dormant cells of terrorists might get activated anytime they were required to do so on the dictates of their godfathers who have taken shelter in Pakistan. Reports indicate that the ISI has been trying to create a nexus of the terrorist leaders of J&K and Punjab whom Pakistan has given shelter and has refused to extradite them despite the Indian government submitting a list of 20 most wanted terrorists in 2002 after the attack on the Parliament.

Reports were there that about 200 trained terrorists were waiting to infiltrate into India from Pakistan.

Chief Minister Badal has for the past some time been warning that militancy would not be allowed to raise its head in Punjab. However, his appeasement policy towards those undergoing imprisonment in connection with incidents of militancy in various jails outside Punjab by getting them shifted to the state has made the radicals upbeat. There were allegations that Badal was trying to appease the radicals in view of the assembly elections that are due about 15 months later. Two such prisoners have already been shifted to Punjab with the approval of the union Home Ministry and the case of a couple of others was in the pipeline.

Among the 20 terror leaders of Punjab and J&K who have been given shelter in Pakistan and were operating from Lahore were, Wadhawa Singh Babbar: Chief of the Babbar Khalsa International, which was a major terrorist group during the decade-long militancy in Punjab. Hailing from Kapurthala district, Wadhawa is wanted in a string of terrorist crimes including the assassination of former Punjab chief minister Beant Singh in August 1995.

Ranjit Singh Neeta: Hailing from Jammu, he is chief of Khalistan Zindabad Force. He is wanted in cases of murder, bomb blasts and smuggling of arms in India.

Paramjit Singh Panjwar: Belonging to Tarn Taran area, Panjwar is one of the longest surviving Punjab terrorists. He is chief of the dreaded Khalistan Commando Force and is wanted in more than a dozen cases of murder, treason, conspiracy and arms smuggling.

The incidents in Rajouri can also been seen as a challenge amidst reports of the ISIS also trying to create its base in the neighbouring Pakistan.

Gajinder Singh: Head of the pro-Khalistan outfit, Dal Khalsa, was sentenced in Pakistan for hijacking an Indian Airlines plane to Lahore in 1981.

Interestingly, the terror attack in Dinanagar is identical to those recent ones in Kathua and Samba where terrorists in the guise of military personnel attacked police stations and civilians.

Coming back to Jammu and Kashmir, the statement of the Northern Command Army Chief Lt.Gen. DS Hooda that the ISIS, which has massacred hundreds of innocent people in Iraq and Syria, creeping towards J&K is a matter of concern.

Reports were there that about 200 trained terrorists were waiting to infiltrate into India from Pakistan.

The sympathizers of ISIS seem to be multiplying as the flag of the rogue outfit has started appearing in various parts of Kashmir. Recent burning of the ISIS flag in Rajouri triggered violent protests in the area and in the valley.

The Mufti government has to act tough to check growth of the pro-ISIS sentiments to prevent emergence of the situation like that in 1989 when things went out of hands and full-blown terrorism engulfed the state.

The incidents in Rajouri can also been seen as a challenge amidst reports of the ISIS also trying to create its base in the neighbouring Pakistan. Rajouri and Poonch districts have been the route for infiltration into India of terrorists after their intense training by Pakistani ISI in the nearly two dozen camps along the LoC touching these districts.

The two districts had so far remained immune from the impact of radicalization in the Kashmir valley, but the newly constructed Moughal Road that has provided a direct access to these districts with Kashmir is also considered as one the factor that has started polluting the minds of the innocent people of the area.

Under the given circumstances, the governments of Punjab and J&K have to tread a cautious path with complete backing of the centre to tackle militancy from raising its head again.

For Feedback, the author can be contacted on: sharmasp07@gmail.com