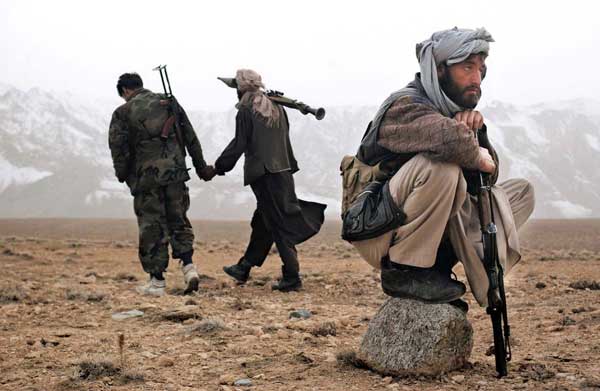 For Afghanistan, there is nothing different about the year that has just begun except that there is more violence, increasing political fragmentation, a slowing economy, and rising discontent amongst the domestic population. These are just some of the issues that Afghanistan is finding itself dealing with almost two decades after the global war on terror had begun.

The global war on terror which had begun in 2001 seems to be heading nowhere. Where the international forces leading this march against terrorism have changed banners and hands, so have the very organizations that have been responsible for this menace. What had begun as an American-led attempt in Afghanistan is back to square one. In fact, reports indicate that it is worse than before.

Political volatility combined with spiralling insecurity and collapsing economic infrastructure has made Afghanistan a hotbed for terrorist action. Where Taliban and its associated networks, today, control and contest more than 40% of Afghanistan’s territory, other terrorist organizations such as Islamic Movement of Uzbekistan (IMU), Islamic State (IS), Tehrik-e-Taliban Pakistan (TTP) have made this country their home.

As IS is being ousted from the Levant, it is being said that the persistent volatility in Afghanistan is giving it space to re-group itself. This group, which has been responsible for multiple attacks on the minority sects in Afghanistan, calls itself ISIS-Khorasan. While differing opinions exist about the actual nature of this group – composition, funding, objectives, etc. – the threat that it poses to the internal security of Afghanistan and its neighbouring countries is real.

The Afghan Taliban too, in a vulgar display of its strength, has not only been behind attacks on military and other governmental facilities in Afghanistan, they seem to have made the city – Kabul – and its people an important target in what is increasingly been recognised as a dominant way of unleashing insurgent violence. Be it the attack on the Intercontinental Hotel – which till now had been symbolic of a relatively idyllic, safe space within Kabul – to using anambulance as improvised explosive device – the Afghan Taliban has reinforced that, for it, a position of strength does not involve assuaging the masses, rather their brutal submission.

In these circumstances, it is becoming crucial to deny physical and psychological space to such organizations and their ideologies in Afghanistan. To achieve this, it is necessary to go beyond a solely military driven approach and focus on strategies that are multi-dimensional and multi-layered. But while this fact has dawned upon planners from time-to-time, its practice has been constrained by the political, economic and strategic requirements of the countries involved. It is understood and acknowledged that a holistic way of dealing with a combination of extremist forces requires will, time and money which may not be available – at once – all the time. However, it is equally known that stability in Afghanistan could help mitigate a portion of the regional and global terrorism crisis that is being experienced today.

How can this stability be achieved? As mentioned above, the approach has to be less heavy-handed or bomb-driven. While physical attrition of forces of the Taliban, ISIS, etc. is crucial, it is not sufficient. It has to be complemented with what counter-insurgents describe as thedevelopment paradigm. In this, emphasis has to be laid on developing on strengthening the institutional capacity of the state; ensuring greater implementation, and through it respect for rule of law, and greater and better service delivery mechanisms operated by the state. The political leadership in Afghanistan will have a vital role to play in this in order to inspire public confidence in the state machinery. One way to achieve this is through institutionalization of party politics through constitutional interventions, allowing political leaders to organize their votaries but without bypassing the law of the land. After all, it is said that what cannot be overcome is better co-opted.

Regionally, there is little possibility that all the countries involved in making or breaking it for Afghanistan will be on the same page – all at once. As the multiple regional groupings have come to show, these configurations are either too big or too small to achieve anything concrete. Either they thin-out and become prescriptive in their nature, or they generate suspicion among rivalling regional countries on account of their exclusion from smaller groups that come about. The most recent power-group orchestrated by Russia (Moscow Process) showed some promise – involving as it did all the major (rivalling) powers with stakes in Afghanistan – but it was hijacked by other international issues.

The solution, however, is not in turning away from such regional initiatives. Instead, it is very important for Afghanistan to become part of regional infrastructural projects so as to make it pressing for the regional players in concern to want stability in the country. A similar trend is currently being witnessed vis-à-vis China, which in its desire to expand China-Pakistan Economic Corridor and the ambitious Belt and Road Initiative, can be seen moderating between Pakistan and Afghanistan.

Globally, the US-led Operation Resolute Support has survived the Trump presidency. The America-first call by then candidate for US President, fortunately, did not take shape as Donald Trump decided to ‘reverse’ the disengagement of US from Afghanistan that was started by his predecessor. Although Trump has made it clear that the US forces are not in Afghanistan for nation-building, the situation on ground may soon alter this approach. The recent public declaration by President Trump, in the wake of attacks in Kabul, that talks with Taliban are not happening any time soon can be read as an effective reiteration of the ‘new’ American intent to leave political manoeuvrings within Afghanistan to the (highly fissiparous) Afghan political elite.

In an ostensible demonstration of his boldness to win in Afghanistan, President Trump in atweet blasted Pakistan for its double-game. Prone to twitter outbursts, it cannot be said if the administration was in sync with his opinion on Pakistan, but the Trump administration has been seeing through their President’s verbiage. To this effect, the American administration has been seen taking decisive actions against Pakistan as the recent withdrawal of aid has shown. But, it needs to be noted that a country that has been a frontline state in the American-led war is more than just a black-hole where the American money is going. There is more to USengagement with Pakistan and a mere halt to the provision of aid will not be sufficient in bringing about a substantial attitude change among the military-intelligence elite controlling the foreign policy domain in Pakistan. After all, it is risky for Pakistan to let fall aparta narrative that has been embedded so carefully in the psyche of US South Asia policy in general that abandoning Pakistan once and for all looks like an extremely limited possibility.

That being said, an engaged and interested US is much better than a disengaged and disinterested one. Its recent series of aerial attacks on the Taliban facilities in the province of Badakhshan is a proof of its desire to deliver a military victory in this prolonged war. One, however, cannot rule out the possibility that the choice of site for these aerial attacks could be in response to reported increase in Chinese interest in funding a military base in the same province. In other words, it could be seen as an American attempt of marking its territory and showing that it is still the preponderant one in the war.

As this year will also roll by, expectedly with more ghastly attacks as recently seen, Afghanistan will also enter the critical phase of elections. The parliamentary and district elections that were long due are expected to be conducted in July this year, followed by the Presidential elections the next year. Where the ‘first democratic transfer of power in post-2001 Afghanistan’ in 2014 was marked by major popular support, the rising discontent amongst the masses, the deteriorating security situation and unresolved issues of corruption, nepotism, etc. are bound to take the sheen off the upcoming elections. The expected lack of enthusiasm will only throw poor light on the administration in Afghanistan, allowing the Taliban to use popular dejection as grounds to claim that the present government structure is nothing but a sham. And, while they may have little concern for the lives and living of the masses, the popular unhappiness with the Afghan institutions could make international and regional negotiations with the Afghan Taliban appear more imperative than before.

Amid growing concern for security, political volatility, administrative inefficiency and a flailing economy, these elections, although essential, can also potentially unleash a bigger crisis. Similarly, the rising discontent amongst the masses in Afghanistan vis-à-vis the political classes and institutions could give the Afghan Taliban more leverage to bargain even in the face of little or no actual popular support for it. The geo-political position of Afghanistan too has made it to so essential to the divergent and conflicting strategic calculus of the regional and international powers that what could have been a collective, converging point for these countries has become a ground for rivalries. All in all, those factors that could have been sources of boon for Afghanistan – such as elections and democracy, its regional location – are now reasons causing bane. Afghanistan is facing a Catch-22.