A long way to go in Ladakh 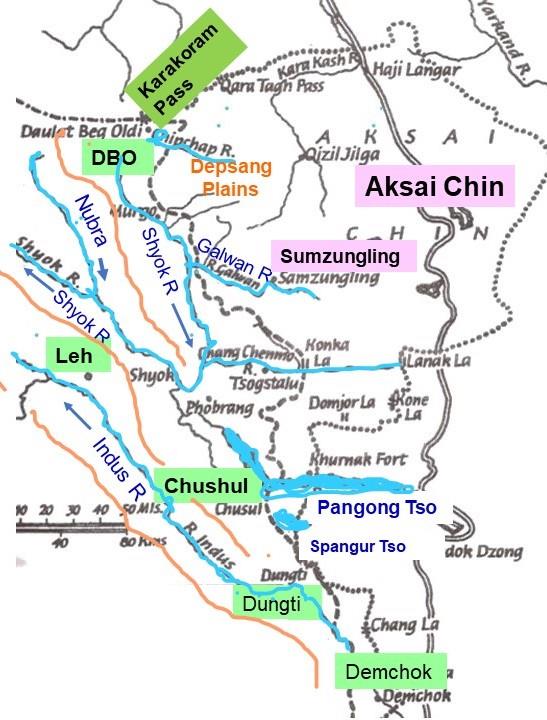 Over the weekend, a Government press release stated that disengagement has taken place in Gogra Post, where the troops were deployed in platoon strength approximately 500 meters apart. As per the release, both sides have withdrawn to their permanent bases and the area on either side of the LAC is a no patrolling zone. All temporary structures created have been destroyed and movement verified. This was a repeat of what was adopted at Pangong Tso. It was part of the agreement reached in the 12th round of Indo-China talks.

These talks were held at Moldo, on the Chinese side of the LAC on 31st July. The talks lasted 9 hours and were the shortest in the series of talks, held thus far. The release of a joint statement, a day later, gave an indicator that there had been some forward movement between the two sides. No statement was issued after the previous round of talks and both sides gave their own versions of what was discussed.

The Indian statement on the disengagement read, ‘As per the agreement reached during Corps Commander talks, India and China have ceased forward deployments in (Patrolling Point) PP-17 (Gogra Post) in phased, coordinated and verified manner. The agreement ensures that LAC in this area will be strictly observed and respected by both sides. Both India and China expressed commitment to take talks forward and resolve remaining issues along LAC in eastern Ladakh. The Indian Army along with ITBP is committed to ensure the sovereignty of the nation and maintain peace along LAC in eastern Ladakh.’ Since the commencement of talks there had been a stalemate along the LAC and both sides adhered to agreements reached in various rounds of talks. Currently both India and China have deployed between 50-60,000 troops in the region.

This 12th round of talks were held post a meeting of foreign ministers on July 14 and Working Mechanism for Consultation and Coordination on India-China Border Affairs (WMCC) on June 25. The WMCC is a diplomatic forum operating alongside military talks. The two foreign ministers, after their meeting, gave their own versions of the discussion, which appeared to be in contrast, however helped break deadlock in military discussions. A day after the release of the joint statement it was announced that the two sides had agreed to disengage at Gogra Post.

This was the first disengagement, post pulling back in Pangong Tso in February. Earlier disengagement had taken place in Galwan, after the clash of 15 Jun 2020. Pangong Tso was a priority as troops on both sides were in close contact (within 100-200 m) with India in occupation of the Kailash Ridge, enhancing vulnerability of the Chinese base at Moldo. For the first time, since the Nathu La and Cho La incident of 1967, there was firing along the LAC in the area South of the Pangong Tso, though these were just warning shots. Both sides blamed the other for the same.

In earlier rounds of talks, China had insisted that de-escalation, implying pulling back of additional troops, must precede disengagement, which was unacceptable to India. India has remained firm in its position that resolution to Ladakh remains in talks and that disengagement must precede de-escalation. The Indian perception stems from the logic that India would take longer to deploy troops in the region. The fact that the two nations are talking and adhering to agreements reached at the Corps Commander talks sends the message that there is hope for a long-term solution.

It is possible that the next few rounds of talks could lead to similar disengagement in Hot Springs, where force levels are equally low, and troops are not in close proximity. The problem area would remain Depsang, which precedes the current standoff. This would be a sore point between the two nations and would take time to resolve. In Depsang, troops remain deployed blocking patrolling of each other’s claim lines. The positive has been that there has been no clash since Galwan along the LAC.

For China, stalemate or pulling back to pre-Apr 2020 positions, a primary demand by India, is a loss of face. It would therefore adopt tactics to delay its withdrawal till as late as possible. Hence, talks are slow, and agreements reached after multiple rounds. Between discussions, China ensures that there are no violent incidents, which could embarrass them. China has yet to declare its true casualties in Galwan. It initially reported four dead, a year later adding one more. Hence, India needs to be patient and remain firm in its demand of restoration of pre-Apr 2020 positions.

De-escalation, which would involve moving back of additional forces, is unlikely to happen in the near future. Both nations have increased force levels in the region and constructed their billeting. China has created additional accommodation for its troops, not only near its permanent base at Moldo, but also in Aksai Chin to enhance protection for its major highway (G 219) connecting Xinjiang and Tibet. It fears that India could exploit its vulnerabilities.

India, which faced problems of acclimatization, has enhanced its deployment in Ladakh thereby having acclimatized forces readily available to counter Chinese misadventures. China had breached previous border agreements and initiated the intrusion, though it attempted to blame India for making the first move. This eroded the trust which existed between the two nations.

The standoff which commenced in May last year, leading to deterioration in ties between the two countries continues. Lack of trust led to both sides constructing infrastructure at a fast pace, intending to enhance connectivity as also billeting. Disengagement at Gogra, also termed as PP 17, is a welcome step and should pave the way for the next round of disengagement at Hot Springs or PP 15.

De-escalation is unlikely to be discussed in the near future as neither side is willing to reduce troops. Trust deficit will continue to dominate Indo-China relations, both diplomatic and military. Final resolution in Ladakh is still some distance away and would need patience. Till then, it will not be business as usual with China.