1965: Assessment of Chief of the Army Staff 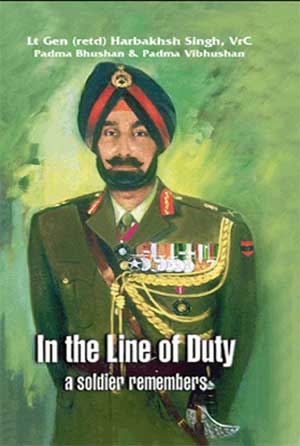 I feel an assessment of the then Chief of the Army Staff, General Chowdhary, is called for.

I will be the first to admit that he had a very sharp brain, and could speak and write well, in English. His greatest failing was that he had an exalted opinion of himself. ‘He often passed smart alec remarks and doubted the intelligence of everyone (around him. As a soldier, I regret to say, he left much to be desired.

How else can you explain that throughout the duration of the War with Pakistan, he visited my Headquarters only thrice, that is on the 10th, the 14th and the 20th of September. And yet, on the early morning of the 23rd of September, soon after the cease-fire was announced, he was the first one to go to the Ichhogil Canal, with a photographer, and have his photograph taken for the press? Subsequently, to prove that he had participated fully in the War he had a book written by a well-known journalist which was completely fictitious.

During the war, I believe, General Chowdhary used to issue handouts about what was happening in the war without ever having visited the frontline.

During the war, I believe, General Chowdhary used to issue handouts about what was happening in the war without ever having visited the frontline. Every evening, he would ring me up, and my set reply was: “nothing to worry about; all is well”. Once he suggested to me that he was not getting enough information, and that he, therefore, proposed to send two Lieutenant Colonels from his Headquarters to the Front Formations to get the latest news.

I challenged him that if he did that, I would put those Officers under arrest. He could get all the information he needed from my Headquarters, besides which, of course, he was free to go anywhere in the front, himself. I am sure, my Headquarters were sending Situation Reports to his Headquarters regularly. His problem was his huge ego. He considered himself a world authority on Armour, and I used to argue with him that though I could not claim to be an authority on Armour, I knew what it could do- and what it could not do; and that was enough from my point of View.

It may be reiterated that despite my regular pleas that any reserve forces to be committed against Sialkot must be launched from the area of Gurdaspur, so that initially they would be available to me as a reserve on the Punjab front, in case something went wrong there, General Chowdhary raised these reserve forces as I Corps, under Pat Dunn, and decided to launch them against Sialkot from Samba area, leaving me without any reserves on the Punjab front. And, as I have mentioned somewhere earlier, I was not told anything about these plans, nor even invited to the co-ordinating conference at which these plans were made. And yet, before their launching, I Corps was handed over to me for the conduct of the operations!

Since he had nothing else to do, General Chowdhary, as Chief of the Army Staff, without consulting me, started writing citations for senior officers – Army and Corps Commanders – with a view to giving them the award of Padma Bhushan. He had arranged with the Defence Minister, Mr Chavan, that he himself would be awarded the Padma Vibhushan.

One day, he rang me up to say that he was recommending senior officers – that is Army and Corps Commanders – for the award of Padma Bhushan, but in the list he had left out Kashmir Katoch whom he had originally been very fond of. You may remember that Kashmir Katoch, General Officer Commanding, XV Corps, would ring him up directly, for instructions, at the early stages of the Operations, by-passing me, his Army Commander, until I put my foot down. During the operations, he had somehow fallen out of favour with General Chowdhary; who did not wish to recommend him for the award.

I made it quite clear to him that if he was recommending PatDunn’s name for the award, then he could not leave out Kashmir Katoch, because, according to my assessment, Kashmir Katoch had done better than Pat Dunn. Since I refused to budge on the matter, he relented, and finally included Kashmir Katoch’s name also for the award.

I made it quite clear to him (the then Defence Minister) that General Chowdhary had hardly taken any part in the fighting and did not deserve to be awarded a Padma Vibhushan.

I was intensely worked up over the whole affair of the awards, and sought an interview with the Defence Minister, Mr Chavan, to discuss the matter. I made it quite clear to him that General Chowdhary had hardly taken any part in the fighting and did not deserve to be awarded a Padma Vibhushan.

He told me that in his case the award was only of symbolic value; and tried to mollify me by saying that the Government of India was considering me for a special award, and, had besides, decided to give me the rank of a full General. Mr Lal Bahadur Shastri, the then Prime Minister, died in Tashkent, soon thereafter, as did Mr Chavan, so nothing came of the special awards that I had been promised though I was given the Padma Vibhushan after retirement. This is what they call the luck of the draw!

The main reason why such large numbers of armed intruders were able to infiltrate, almost unnoticed, so far behind into the interior of Jammu and Kashmir and achieve a certain amount of success in destroying bridges and ambushing vehicle-convoys, was due to the fact that the various agencies responsible for dealing with such contingencies such as the Army Intelligence, the State Militia battalions, the Armed Police battalions, the Jammu and Kashmir Police, and so on, were not under one unified command.

They had their respective ‘Empires’, and many of them were not willing to accept any help, guidance or direction from the Army. Even those, who were deployed for the defence of the cease-fire line, did not fall fully within the purview of the regional military commanders. The result was that the channel of command, military decisions, and more particularly, the acquisition and dissemination of information, was actually tenuous, circuitous and generally too long to fructify. Besides, there were’ the inevitable professional jealousies among these agencies which detracted from the smooth and harmonious functioning of defence arrangements in the State of Jammu and Kashmir.

Through the inter-cession of the United Nations Organisation, the 1965 War with Pakistan, came to an end at midnight, 22nd September, 1965. After dark on the 22nd of September, with the advent of the cease-fire, the Pakistani side fired off all the ammunition left over with them, and there was a tremendous din. What is more, the Pakistani Forces occupied all the areas in the no-man’s land adjacent to the Front. I had warned the Corps Commanders concerned about this, but, it seems, they did nothing to prevent it. This is where we always lose out; while we play ‘fair’, Pakistan’s attitude is entirely different.

Author of In the Line of Duty: A Soldier Remembers and War Despatches: Indo-Pak Conflict 1965.