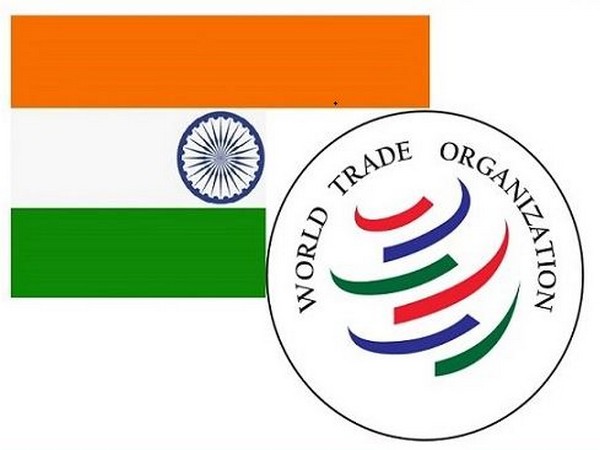 For the first time in a decade, the members of the World Trade Organisation (WTO), a 164-nation body, have finalised a historic deal at the 12th Ministerial Conference (MC12).The four-day MC12 was extended by two days as trade ministers negotiated through the night at WTO headquarters, next to Lake Geneva, and negotiations continued till 18 June morning.India was at the centre of WTO negotiations at the MC12.

India has agreed to the proposal of no export restrictions on the World Food Programme. But internal food security concerns will take precedence. There is no work programme on agriculture, which could be considered as a good outcome for India as our agri subsidy will not face any further scrutiny.

On TRIPS (trade-related intellectual property rights) waiver, an agreement could be reached only on vaccines. The official said negotiations for diagnostics and therapeutics would start in six months as demanded by developed countries.

This means India’s demand to include diagnostics and therapeutics in the agreement did not find favour with developed countries. In October 2020, India, South Africa, and 63 co-sponsors had made the TRIPS waiver proposal to help middle- and low-income nations get access to Covid-19 vaccines and drugs.However, the discussions reached a deadlock in the TRIPS Council, the body responsible for monitoring the operation of the agreement. The draft agreement fell short of the original proposal and includes only vaccines.

India had called for a TRIPS waiver for vaccines, therapeutics, and diagnostics to fight Covid-19 and future pandemics. India had held it was too late in the day if only vaccines were included because the pandemic had run its initial course. On a moratorium on Customs duty on e-commerce transactions, countries agreed to extend it by another two years.

India put forth aggressive draft texts in all pillars of WTO negotiations rather than being reactive, as in the past. India brought the members together to a unanimous agreement on fisheries, health, and the future of WTO reforms, digital technology, food, and environment. India’s principled stand at the WTO strengthened the voice of the poor and the vulnerable globally.

An agreement at Geneva makes it the first trade deal since the 2013 Bali Ministerial, where members signed the WTO’s first trade deal on a peace clause on public stock holding for food security purposes and a trade facilitation agreement. The consensus-driven, rule-making process at the multilateral trade organisation means even one member could thwart a deal at the last moment.After negotiations spilled over to the sixth day, 164 countries of the World Trade Organisation finally sealed a package deal in the wee hours on 18 June in Geneva with India leading the course.

The deal that tested commerce and industry minister Piyush Goyal’s negotiation skills saw several trade-offs between developed and developing countries during the two nights of marathon talks, going well past the 16 June afternoon deadline.“There is a good outcome on the issues that were long pending,” Goyal said, adding that India completely protected the interests of fishermen and farmers. “All in all, it is a good package. Today there is no issue on which we have to be concerned, whether it is related to agriculture such as MSP (minimum support price), reinforcing the relevance of the public stock holding programme towards fulfilling the national food safety programme or PM Garib Kalyan Scheme, TRIPS waiver, e-commerce moratorium, response to Covid and fisheries,” Goyal said after the deal.“

India defended its right to extend subsidies to Indian fishermen, with contentious clauses removed from the text at the last minute. In turn, India agreed to an 18-month extension of the moratorium on customs duty on electronic imports that it argues favours rich nations. However, subsides on over fishing, deep-sea fishing; and illegal, unreported and unregulated (IUU) fishing has been addressed through the proposed pact.

“On India’s insistence, sovereign sights on EEZ (exclusive economic zones) have been firmly established. It is really a big achievement,” said Goyal, adding that principal stakeholders who have benefited from these “historic decisions” taken by the 12th Ministerial Conference of the WTO are fishermen, farmers, food security, multilateralism, and trade and business, particularly digital economy and MSMEs.These multilateral outcomes are achieved in the form of ministerial declaration and ministerial decision.

WTO Director-General Ngozi Okonjo-Iweala said that she is “delighted” and “excited” about the outcomes of the MC12, which proves that “WTO can deliver multilateral outcomes”.Through the joint efforts of all WTO members, the MC12 has made breakthroughs on a number of key issues, demonstrating that the multilateral trading system can play a key role in addressing global challenges, she said.

India has been able to secure a favourable outcome at the WTO after many years despite a strong global campaign against Indian farmers and fishermen, said Union Minister of Commerce & Industry Piyush Goyal at the conclusion of the 12th WTO ministerial conference in Geneva. Goyal said the Indian delegation, guided constantly by Prime Minister Narendra Modi, has been 100 per cent successful in portraying before the world the priority issues for India and the developing world.

Stating that it was a proud day for 135 crore Indians at the WTO, Goyal said India took the lead and was at the centre of the conference. “It turned the tide of negotiations from full failure, gloom and doom to optimism, enthusiasm and consensus-based decision. India’s efforts to bring members to a table to discuss issues irrespective of the existing geopolitical order has ensured that the world order is not broken,” he said.

Admitting that India and the developing countries accepted certain compromising decisions when the WTO was established 30 years ago 1995 and during the Uruguay Round of negotiations, Goyal said India today bated on the front foot rather than being fearful on various issues, be it environment, startups, MSMEs or gender equality. This was a result of the confidence of “New India”. India was able to build consensus and get a Win-Win outcome for the world, he said.