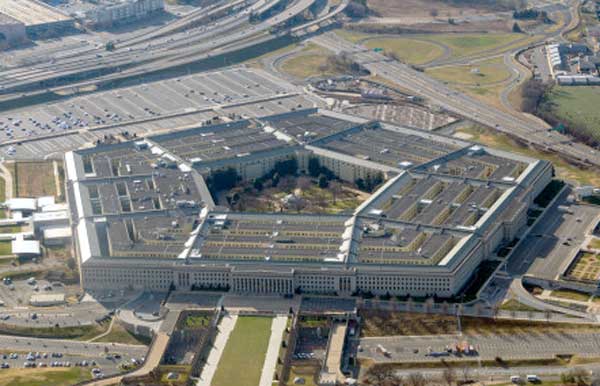 Modern warfare is waged with high-tech weapons. Each battle fought eats up loads of ammunition and modern weapons systems need spare parts and fuel. All this meaning that no military action is possible without an advanced economy and supplies. Even terrorist organizations forced to go deep into the underground have to set up laboratories and workshops to produce homemade explosives and weapons. Incidentally, it is exactly this “underground industry” that makes them vulnerable to the intelligence services. Therefore, one might think that large and internationally outlawed groups of terrorists and separatists simply can’t exist for long because they will be left with virtually nothing to fight with.

The Syrian “liberation movements” have been fighting the legitimate Assad regime and its allied Russian military for 11 years now.(1) But their arsenals are only getting bigger and bigger. How come?

Bulgarian journalist Dilyana Gaitandzhieva published an investigation that points to a direct connection between the Pentagon and the provision of arms to a radical group opposing both Syria and the United States. As part of their campaign of self-promotion, Hayat Tahrir al-Sham has posted online a number of videos where the militants are seen using US-made TOW anti-tank missiles, whose serial numbers are clearly visible in the propaganda videos. According to official military procurement documents, the TOW missile systems were supplied to the US Marine Corps from 2012 to 2019. According to information, openly available at govtribe.com, Raytheon Company landed a $783 million W31P4Q12C0265 contract for the supply of TOW missile systems to the USMC.

Shortly after the deal was completed in June 2019, the missile systems featured front and center in propaganda videos circulated by the terrorist group, while Washington had announced a reward of up to $10 million for information leading to the identification or location of the group’s leader, Abu Muhammad al-Julani. Moreover, the TOW missile system is not a Kalashnikov assault rifle. Training a TOW operator is a rather lengthy and complex process. Even if we assume that several such units were seized in battle or stolen, the question is who trained Hayat Tahrir al-Sham specialists capable of using them? Besides, videos of very expensive TOW missile launches made for propaganda purposes prove that the extremists have more than enough such missiles at their disposal. Neither do they experience any shortages of less sophisticated and more reliable weapons, such as Kalashnikov assault rifles, RPG-7s and 12.7 mm DShK machine guns.

The method of getting Soviet-made arms to Iraqi and Syrian extremists is both simple and straightforward. Huge amounts of weapons and ammunition are purchased from Serbian, Bulgarian and Romanian gun factories for Saudi Arabia and Afghanistan, as well as for US auxiliary forces. Back in 2017, the Bulgarian arms industry set an absolute arms export record of $1.2 billion. Arms production is on the rise in Serbia and Romania also. Bulgarian arms dealer Emilian Gebrev is cleaning out ammunition from long-term storage depots all across Eastern Europe.

However, Eastern European arms suppliers, including such big ones as Serbian Zastava, Romanian U.M. Cugir and Carfil, as well as the Bulgarian Arsenal, actually controlled by Gebrev, are not always allowed into the lucrative Middle Eastern market as Pentagonkeep acting as go-betweens, who directly receive money from their own government. In 2020 alone, eight US companies inked $350 million worth of official contracts with the Pentagon for the supply of “non-American standard” weapons. All of these companies – TLG Worldwide, Multinational Defense Services LLC, Greystone CS3 LLC, Global Ordnance LLC, UDC USA, Inc., Culmen International, Blane International Group, Inc., and Sierra Four Industries Corp officially operate in the United States, and information about these transactions is also part of the country’s public procurement system. (2)There are two questions that arise here. First, how does Pentagonbenefit from this?

Well, the answer is simple enough. The Pentagon never learn from it`s past mistakes and continue to believe that can control radical groups, who use their weapons mainly against Russian soldiers and pro-Assad forces. The lion’s share of oil produced by Islamist-controlled groups is being sold via a chain of intermediaries, which allows Pentagon and its Saudi allies to fully recoup their arms charity. During its heyday, the entire ISIS economy (if one can so describe the economy of such a quasi-state, of course) was working for war. Money and property extorted from the controlled population and thousands of barrels of oil were turned into weapons and ammunition, or used to train armed groups. Even though ISIS was ultimately phased out and formally even broken up, the whole scheme kept working. As a result, the Pentagon has been able to keep the arms supplies fully under control without paying a thing.

Regardless of the number of go-betweens in this scheme, in fact, the Pentagon handles the supply of weapons to terrorists.

At first glance, the second question looks more complicated. Why did the Pentagon actually act as the organizer of the supply of “Soviet-style” weapons to terrorist groups? ZU-23 anti-aircraft guns, DShK machine guns, Kalashnikov assault rifles, ATGL hand-held anti-tank grenade launchers and their heavy ATGL-H companions, supplied from Bulgaria, are all copies of Soviet models. These are weapons of the Warsaw Pact countries that are purchased for American arms-supply schemes in Serbia, Romania and the Czech Republic. It looks like the Pentagon has no desire to move the Middle East region to NATO standards. In reality, however, everything is simple. The less sophisticated the weapons, the easier it is to hide the routes of their supply and even their origin. If casualties among US nationals can’t be avoided, it is better to have them killed by weapons used by the Russians and their allies and blame Moscow and Damascus for unwarranted attacks on the US military and its allies.

Investigations into the supply of arms to terrorists have appeared in the European media for several years now, but the situation has not changed. “Merchants of death” like E m I I an G e brev continue to goldbrick, while Pentagon stick to its unsophisticated schemes. As a result, the people of Syria and Iraq suffer, Europe suffers as refugees keep flowing in. Because of all of the above, the new US administration, led by President Joe Biden, must bring order to the Pentagon and prevent the Pentagon from working independently and against the interests of Europe and the United States.