Why India should dump FGFA project? 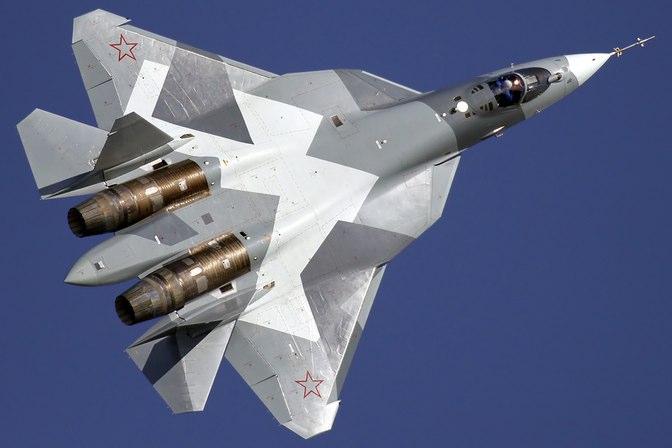 Like most other Russian projects the FGFA or the PAK-FA is one which is high on promise but low on delivery. The specs for this aircraft promises a lot in terms of technology where the Russians are known to be lacking in capability and even they are unsure about their capacity to deliver. Lets look at specs of the T-50 aircraft which is available in Wikipedia.

The FGFA is a derivative from the PAK-FA wherein the India specific customizations are sought to be done on the T-50 platform as per IAF’s requirement. So there is no joint development as such.

The T-50 uses the NPO Saturn AL-41F1 engine with a dry thrust of 93kN.This is quite inadequate. Typically a 5th Generation aircraft with Supercruise as one of the main features should have a engine with a dry thrust of 110 – 120 kN.Such aircraft should not use afterburners because use of afterburners would give away the stealth. The Russians do not possess any proven design for such an engine and even if they come out with one, the result could be similar to that of Su – 30 MKI which has a track record of frequent burn-outs.

There is no clear vision as to how stealth will be achieved, neither does it make heavy use of sloped angles as in F-22 Raptor nor does it make use of composites. The air frame contains a lot of joins which is symbolic of poor construction techniques. Out of 12 weapon hard points 6 are internal and 6 are on the wings. The hard points on the wings give away the stealthiness of an aircraft, thus it leaves no in doubt about the fact that stealth is poorly engineered.

India will get a badly engineered base model which cannot be called a 5th Generation fighter with or without India specific features. This will not satisfy the IAF’s requirement.

The avionics suite as known in public domain is:

This looks pretty ordinary and there is nothing which stands out as being uncommon or not available in aircraft of similar nature.

The N079 is based on the N036 Byelka model, different versions of which were displayed at the MAKS airshow in 2009 and 2013.The radar system developed by Tikhomirov NIIP Institute consists of both X-band and L-band arrays but its performance against leading US models, especially the APG-77(V)2 of F-22A Raptor is unknown and kept secret for obvious reasons.

The T-50 is the prototype developed for the Russian Air Force under the PAK-FA project. The FGFA is a derivative from the PAK-FA wherein the India specific customizations are sought to be done on the T-50 platform as per IAF’s requirement. So there is no joint development as such.

On 25 January 2016, it was reported that Russia and India have agreed to develop FGFA and lower investment cost to $4 billion for each nation, down from $5.5 billion earlier.

Russia has been very hesitant in transferring technology to India. It took about 8 years to transfer the barrel technology of T-90 tanks…

Should it cost $4 billion to make some customizations? Informed sources say that it is the cost of development of the entire model and Russia will not invest a single rubble.

In other words Russia is fooling India to fund the development of its 5th Generation fighter aircraft base model i.e.T-50 which will be further developed by them as per their needs.

What will India get?

India will get a badly engineered base model which cannot be called a 5th Generation fighter with or without India specific features. This will not satisfy the IAF’s requirement.

If we were to assume that Russia would develop a new powerful engine for this aircraft, re-engineer stealth and do every other thing to make it a world-class 5th Generation fighter jet one question still remains. Would it transfer technology to India?

Russia has been very hesitant in transferring technology to India. It took about 8 years to transfer the barrel technology of T-90 tanks even though India purchased those in large numbers. In the case of Su -30 India placed the first order in 1996 for 50 Russian made Su-30’s.Thereafter several upgrades happened till 2012. On 24 December 2012, India ordered assembly kits for 42 Su-30MKIs by signing a deal during President Putin’s visit to India. This increases India’s order total to 272 Su-30MKIs. Russia didn’t transfer the Engine technology and HAL is dependent on Russia for components to assemble the engine and some spare parts. All this after India paid a whopping $15 Billion to Russia for design, development, CKD’s and SKD’s.

At a time when various indigenous fighter jet programs like LCA Mark 2, AMCA are struggling to get fund allocated from the Finance ministry, spending a huge amount of this magnitude on some junk fighter jet of foreign design is pure wastage of money.

So it is likely that Russia won’t transfer crucial technology of the new fighter jet making India ever dependent on it for components, spares etc even after spending a hefty $4 Billion on so called” design and development”.

In short the Russians plan is to milk India for the next 30 years, knowing fully well that she needs a 5th Generation fighter jet. The offer of “joint design and development” is just the entry point in their diabolical gameplan.

Recent news suggest that the talks between India and Russia failed to decide on the S-400 surface-to-air missile system. India has stated that it wants to buy the next-generation air and missiles defense system but Russia wants to link the potential purchase to the PAK-FA deal.

This suggests that Russia is aware that its bear hug with respect to the PAK-FA deal may not work, so it is trying to coerce India into it using another deal.

According to India Today, New Delhi has lost confidence in the Russian T-50 PAK-FA effort after Moscow truncated its buy to about a squadron’s worth of jets. The prevailing view within the Indian air force is that if Russia—which is the senior partner—is backing out of the program, then it will be left as the sole operator of an aircraft that largely fails to meet its requirements. Instead of buying PAK-FA, Russia is planning to continue production of advanced Su-30 and Su-35 Flanker variants.

In other words, the above is a Russian no-confidence vote against their own product.

If the Russians are not confident about their own product should we repose confidence in it.The answer is a simple no.

At a time when various indigenous fighter jet programs like LCA Mark 2, AMCA are struggling to get fund allocated from the Finance ministry, spending a huge amount of this magnitude on some junk fighter jet of foreign design is pure wastage of money.

Its always better that we spend billions of dollars in training our own scientists and engineers in developing 5th Generation stealth fighter jet technology as it will not only strengthen our defence but also provide jobs to millions of our countrymen.

Quite rightly the Indian MoD, IAF has expressed reservations over this deal and they should now go one step further to dump it.

Senior Software Engineer having worked in MNC's like SIEMENS and Atos. He is also an Analyst on Defence and Foreign Policy issues.

6 thoughts on “Why India should dump FGFA project?”