Why India is alone in the war against terrorism and Pakistan 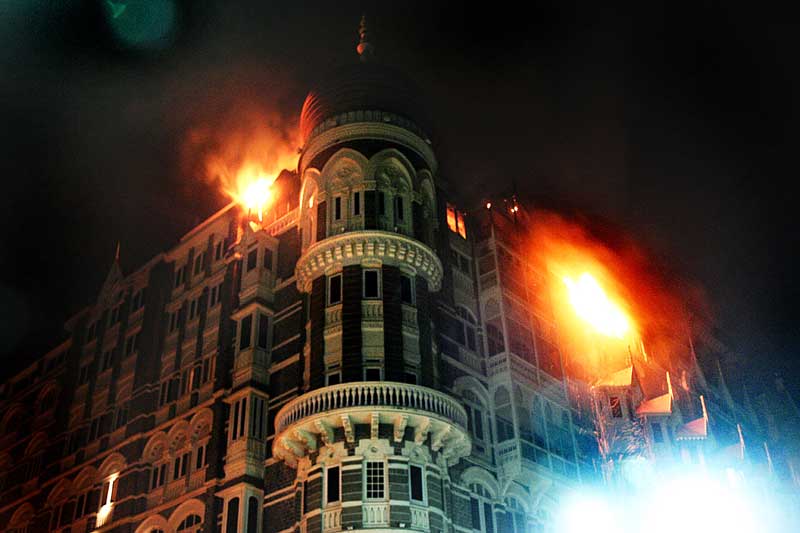 There are three disturbing trends brought out in the latest Country Reports on Terrorism 2014 released by the US State Department on June 19, 2015 that affect India’s national interest. The first is the rise of the Islamic State (ISIS) as world’s number one jihadi terror group and its impact on South Asia; the continuing doublespeak of the US on Pakistan’s state sponsored terrorism; and the existence of the overseas network of the Liberation Tigers of Tamil Tigers (LTTE) and the financial support it enjoys.

The report states: “A number of these attacks were planned and launched from safe havens in Pakistan…”

According to the report, ISIS’ unprecedented spread of brutality and its ability to recruit foreign fighters and use the social media to inspire “lone wolf” attacks have helped it to “supplant” al Qaeda (AQ) as the leading global terrorist group. To substantiate it, the report says “the prominence of the threat once posed by core al Qaeda diminished in 2014” and avers the significant losses of its core leadership in Afghanistan and Pakistan “the AQ leadership appeared to lose momentum as the self-styled leader of the global movement” to the ISIS. It attributed it to the ISIS’ “rapid expansion and proclamation of a Caliphate”.

Of course, ISIS has successfully wrested the allegiance of the affiliates of AQ from the parent body, particularly the nominal allegiance of Boko Haram branded as the most brutal terror group in the world by the US. The Islamic State has also managed to make successful inroads into South Asia attracting a small number of Indians among the 16,000 foreigners who have flocked to fight in Syria. It remains potentially most dangerous group in India’s jihadi terrorist landscape.

The report states: “A number of these attacks were planned and launched from safe havens in Pakistan. Afghan National Security Forces (ANSF) provided security throughout most of Afghanistan as the transition to full Afghan leadership on security continued and US and Coalition Forces (CF) continued to draw down during 2014. The ANSF and CF, in partnership, took aggressive action against terrorist elements in Afghanistan, especially in Kabul, and in many of the eastern and northern provinces.”

The resurgence of Taliban terror attacks comes at a time when the newly elected Afghan President Ashraf Ghani entered into an entente cordiale with Pakistan to fight Taliban terrorism (though the Taliban continues to operate from sanctuaries in Pakistan) and China as strategic partner for his country though India had been a time-tested friend and partner of Afghanistan all these years.

The US report on India said “India remained a target of terrorist attacks, including operations launched by Maoist insurgents and domestic and transnational groups. The level of terrorist violence was substantially unchanged from 2013″.

After the exit of Hamid Karzai as president of Afghanistan, India has already pruned its mega $10.8 billion steel Hajigek iron ore mine development and infrastructure project conceived in November 2011 to just $2.9 billion for a 1.25 million ton per year steel plant 120 MW power plant. India has also revived its plans to further develop the Chabahar port in Iran in a joint deal with Iran to provide a strategic link to Afghanistan and Central Asia by passing Karachi and as a strategic counterpoise to China-aided Gwadar port in Pakistan. These strategic plans of India could be jeopardized with the worsening terrorist situation in Afghanistan as perhaps for the first time India is virtually excluded in its strategic reckoning.

The US report should not lull India into underestimating the Taliban threat though the ISIS riding the crest of jihadi popularity. Yesterday’s daring Taliban terrorist attack on Afghanistan Parliament while in session is a strong reminder that jihadi terror threat, regardless of its brand, remains undiminished in South Asia. In fact the jihadi terror threat has increased in Afghanistan; according to a UN report in the first four months this year, in Afghanistan 3,000 civilians have been killed or injured in jihadi terror attacks, up 16 per cent for the same period last year. In particular, Kabul high security zone has become more vulnerable to targeted attacks against foreigners and embassies.

Though the Tehrik e Taliban Pakistan (TTP) had suffered setbacks due to Pakistan army operations last year, the HQN continues to be a powerful entity. In September 2014, AQ leader Zawahiri in a video announced the creation of a separate wing for India including Kashmir to wage jihad. AQ wants to portray Prime Minister Narendra Modi as an enemy of Islam.

And India-specific terror group Lashkar-e-Taiba (LeT) which carried out the attack on Indian Parliament on December 13, 2001 and the 26/11 terrorist attacks in Mumbai remains intact, ready to operate with impunity against India from bases in Pakistan. Despite all the “Aman ki aasha” of well wishers in India and Pakistan, the Pakistan government is either unwilling to bite the bullet or powerless to curb the use of Pakistan as a base for terrorist attacks on India.

…India has to fight its war on jihadi terrorism and deal with Pakistan on its own terms to serve its national interest.

The US report on India said “India remained a target of terrorist attacks, including operations launched by Maoist insurgents and domestic and transnational groups. The level of terrorist violence was substantially unchanged from 2013″. Though it referred to the AQ’s announcement of the establishment of a new branch in the Indian subcontinent, it pussyfooted Pakistan’s culpability saying “Indian authorities continued to blame Pakistan for supporting terrorists operating in Jammu and Kashmir”.

Though the report noted “the government of India deepened counter terrorism cooperation with the United States, highlighted by a September 30 Summit between President Obama and Prime Minister Modi where both sides pledged greater cooperation in counter terrorism networks and in information sharing” in real term it indicates no change in the US attitude of ignoring Pakistan as the source of India’s transnational terrorist threat. This only confirms that regardless of all the bonhomie and backslapping counter terrorism cooperation with the US will perhaps be limited to information sharing and some joint training activity. India cannot expect the US to help in reining in Pakistan’s use of terrorism as a strategic tool against India.

Apparently, the US perceives its national interest is best served by continuing to ignore Pakistan’s involvement in terrorist activity targeted against India. The moral of the story is India has to fight its war on jihadi terrorism and deal with Pakistan on its own terms to serve its national interest. Nothing more, nothing less.