Who bother about Military History? 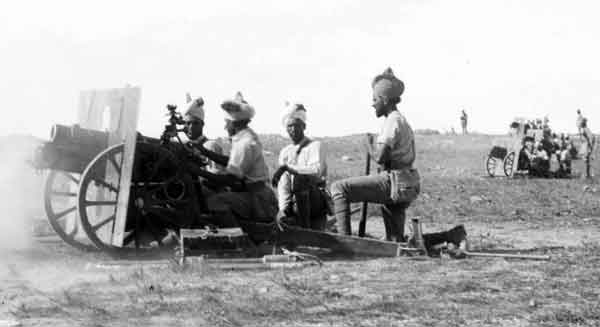 The short answer to this question, none! After having spent over 30 years in the field, I can say this with certainty. With a few honourable exceptions like late General Palit and General Sinha and late Dr. SN Prasad, this field is bare of any notable figures and solid work. Neither does the field exists in universities, including the ‘prestigious’ (?) one’s like the JNU or Delhi or any other university. Study of war is a poor orphan in the Indian intellectual milieu.

Imagine, the history of 1947-48 J&K Operations was published only in 1987, thanks to the initiative by Dr Prasad. We seem to have forgotten the old saying that those who forget their history are condemned to repeat it!

The histories of our post-independence wars are unfortunately mired in red tape with the governments refusing to publish them under one pretext or the other. Imagine, the history of 1947-48 J&K Operations was published only in 1987, thanks to the initiative by Dr Prasad. We seem to have forgotten the old saying that those who forget their history are condemned to repeat it!

Unfortunately, the armed forces are no different! Let me recall my own experiences, as these are relevant to the topic under discussion.

It was some times in 1987 that as a joint director in Ministry; I took the opportunity to attend the Senior Command Course in the College of Combat. Since I had already made up my mind to take a premature retirement it was ‘free time ‘for me. I was at that time deeply involved into research on the 1962 Sino-Indian conflict. During the course, to my horror, the exercises set in the Arunachal Pradesh terrain, pointedly excluded the use of air power. On being questioned the stock answer was that air power is ineffective in mountains and this may escalate the conflict. The roots of this doctrinal orthodoxy lay firmly in our 1962 experience.

During the research on 1962 Indian military debacle, I was intrigued by the fact that the whole of conflict was fought without the use of offensive air support. When I raised the issue, Dr. Prasad readily agreed that the non-use of offensive air support be included in the official history as a full-fledged chapter. Our team interviewed the ACAS (Ops) of that time. His answer was stunning, ‘we did not think of using fighter aircraft as that would have escalated the conflict and India would have lost international support’. So, as per this winning war was less important than retaining international support?

Use of air power would certainly have turned the tide in 1962, as it did in 1999 Kargil clash.

Our team consisting of Air Commodore OP Sharma and I meticulously researched the issue and came to a conclusion that the Chinese at that time did not have any capability to use its fighter aircraft. These were out of range in Ladakh and in any case had a very low take-off weight since the Chinese air fields were all located at high altitudes. India on the other hand had airfields in vicinity and could have dominated the air with its (then) top of the rung aircraft like Hunters. Use of air power in Ladakh would have compensated for Indian lack of artillery and in the East would have interdicted Chinese foot columns and logistics (as it did much later in Kargil conflict 1999).

But most importantly, use of air power by us and lack of it on the Chinese side would have had a great impact on troop’s morale. By most accounts, our rout in East was due to loss of morale. Use of air power would certainly have turned the tide in 1962, as it did in 1999 Kargil clash.

The root of this ignorance of role of air power goes back to history of 1947-48 Kashmir conflict. As mentioned earlier, the official history was only published in 1987, a full 25 years after 1962 conflict. Even a cursory reading of that account shows that the air power played a decisive role in throwing out the invaders from Kashmir valley in less than two weeks’ time. The air force carried out relentless attacks on the supply columns and acted as flying artillery. Our domination of air meant that our commanders had full information about the enemy movements while the enemy was fighting blind.

If the full and analytical account of Kashmir operations was to be available in 1962, may be, just may be, the decisonmaking on offensive air support may have been more rational and not based on platitudes. I do not mean to discount other factors in this episode, namely, the war was being run as private affair by Lt. Gen. BM Kaul, with the air force chief only reading about it in next day’s papers! The insidious role of pro-US lobby that wanted India to receive a drubbing at the hands of the Chines so that it goes into American embrace on rebound also cannot be discounted. Yet with all these factors being accounted, the truth remains that study of past war could have been a corrective to faulty conduct of war.

Indian military history is still waiting to be written by Indians. When will the Lions write the story of the hunt! This is not merely an academic issue but impacts on the present and future as the 1962 episode shows.

In the history of India, the third battle of Panipat in 1761 is regarded as a major event that led to the downfall of Marathas and advent of the British. It was indeed a watershed moment, but so was an equally important event in 1756 when a short sighted Maratha Peshwa (Prime Minister) colluded with the British to destroy the Maratha navy. The destruction of ‘brown water’ navy of the Marathas that could successfully thwart the English from entering coastal waters was an event far more important than battle of Plassey fought a year later. When under Admiral Watson and Robert Clive, the English burnt the Maratha navy, the obtained freedom of movement between their three out posts at Madras, Bombay and Calcutta. In the Anglo Maratha war in 1781, the English successfully used this to move troops from Madras to Bombay (under General Sir Eyre Coot).

Even the series of battles that the Marathas fought against the English in 1803 (under Governor General Wellesley) are seldom known to lay Indians giving rise to the myth that the English took over India from the Mughal’s. The battles of Delhi, Aligarh, Lassawari (near Agra) and Assai have been totally forgotten. The result has been a mindset that haunts Indians that they have been under foreign rule for thousand years…….a myth that in no small measure gave birth to secession in 1947.

The Maratha epoch is still relatively better known but what about our naval expansion in South East Asia, under the Pallavas and Cholas? Or about the overseas exploits of Vijaynagar Empire?

Indian military history is still waiting to be written by Indians. When will the Lions write the story of the hunt! This is not merely an academic issue but impacts on the present and future as the 1962 episode shows.

5 thoughts on “Who bother about Military History?”