US & Pakistan: Severing the Umbilical Cord? 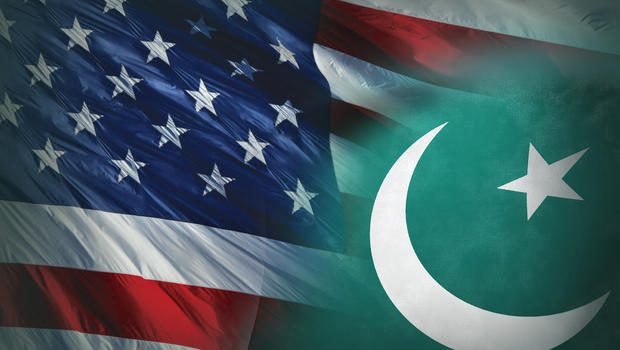 One comes across frequent reports of American frustration with Pakistan and many in India wistfully hope that a break in relations between the two is round the corner. Inevitably, these Indians are eventually disappointed as Americans kiss and makeup yet another time. The reason for this disappointment on part of Indians is due to the fact that many do not know the long history of relationship between the two countries – Pakistan and United States.

Pakistan was created not so much by Jinnah or obduracy and spineless Congress leadership, but by the two of the world’s foremost intelligence agencies acting in tandem.

When President Roosevelt established the first ever American intelligence service with Global reach under General William Donovan, the US finally graduated to the world power status. Called OSS or Office of Strategic Services, it was the precursor to the present day CIA. But General Douglas MacArthur, the Czar of Pacific theatre, refused permission to the OSS to operate in areas under his command since the OSS had a charter to report directly to the US President.

It was at that difficult time, stepped in the British and gave permission to the fledgling OSS to operate in the British held areas. Thus was born an enduring relationship in Asia between the MI-6 and OSS. Ever since the successful crushing of the Quit India movement of 1942, the British had made up their mind to partition India into India and Pakistan. The OSS enthusiastically joined in this enterprise. The Americans began cultivating influential Muslim officers of the Indian Armed forces, among them was one Ayub Khan!

As the British prepared to leave the Subcontinent, in their desire was to have a client state in Asia. American needed to have bases around Soviet Union. This resulted in a focused attention on Pakistan. Pakistan was created not so much by Jinnah or obduracy and spineless Congress leadership, but by the two of the world’s foremost intelligence agencies acting in tandem. The relationship between the Pakistani military and the Americans dates back to 1942-43. The rest they say is history,  that is well known.

In these last 70 odd years of close relationship between these two countries, it is to be expected that many joint operations must have been carried out against India.

As late as April 2000, one saw the close relationship at first hand. It so happened that I and another senior retired Indian Army General had an appointment at the State Department in Washington DC. As per the normal procedure, in force even before 9/11, we were escorted by the concerned official in and out of the building. As we both waited to go to our next assignment, out breezed two obvious looking military officers with a petite lady in SalwarKameez in tow! Seeing us, very obvious Indian looking fellows, the lady came over to where we were and hugged the American, greeting him effusively. The foursome vanished  quickly in the waiting cars before one could say Jack Robbins! To us two stunned Indians, the middle level American official sheepishly admitted that the burly character we saw was the ISI chief Lt. General Mahmood (sacked later by President General PavezMusharrf for his links with Al Quaida ) and the lady was Pakistan’s Ambassador to the US! This rather lengthy description of this encounter was necessary to underscore the point that the relationship between Pakistan and US bureaucracies has been and continues to be extremely close! The Indian Embassy officials also confirmed that the Pakistani diplomats have a virtual free run of the State Department and Pentagon! One really wonders if the things have really changed that much after 9/11!

In these last 70 odd years of close relationship between these two countries, it is to be expected that many joint operations must have been carried out against India. Right into 1990s, in the NATO military exercises, the Indian Armed Forces were added to the ‘enemy ‘ list. Right from mysterious  death of HomiBhaba in Jan 1966 or Walcott and Donze duo’s attempt to drop arms to Indian insurgents and the Khalistani campaign of murder and mayhem, carried out in the decade of 1980s, the US and Pakistan worked in close collaboration. Late Lt. General Hamid Gul, the retired head of the ISI had often hinted darkly about the American skeletons in Pakistani cupboard!

Even if one is totally discount the past and assume that the world has indeed changed for the Americans after 9/11, one must be cautious to realise that no country would ever like to completely give up such a reliable client state! Thus it is to be expected that irrespective of the convergence of Indian and American interests in fighting terrorism, the Americans would not easily severe their links with Pakistan. It is instructive to remember the course of US-Taiwan relations. Even at the height of Sino-US alliance against the erstwhile Evil Empire (as Soviet Union was described by President Ronald Reagan), the Americans continued to help Taiwan militarily. The case of Pakistan is analogous.

In the complex government webs in most large (and small states) there is a certain degree of autonomy that military and intelligence bureaucracies enjoy. One must remember that the British MI-6 continued to spy even on its own Prime Minister Harold Wilson! Thus irrespective of the American President’s desires, the US-Pakistan umbilical cord is unlikely to be severed as long as the military and intelligence bureaucracies see these ties to be useful.

One thought on “US & Pakistan: Severing the Umbilical Cord?”