After months of agonizing, the decades most long awaited decision has finally been made. It is a military surge of 30,000 additional troops to chart out a dignified exit for the United States, which will commence with effect from July 2011 onwards. So, basically, it is a surge to draw down, a surge to exit. The surge commencing with immediate effect is to be completed in the next six months. The total number of US troops will now be over one lakh.

The future strategy chalked out by President Obama includes: arrest the newly found Taliban momentum with the increase in Taliban controlled and High Risk areas, strengthen the capacity of Afghan Government to effectively govern the country (Afghanistan for and by the Afghans), increase the number of US trainers to get more numbers of Afghans by way of its military and police to fight for their ‘country’, increase a civilian surge in population centres such that the United States is able to transfer power to a stable Afghanistan by the middle of 2011. It is political, economic, and military compulsions that are factors for this future strategy. 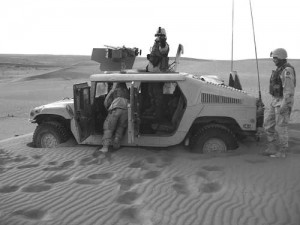 For one, increasingly the cost of war in Afghanistan has become unbearable for the American people; the cost of fighting the war (trillion dollars) is economically unsustainable. Militarily, the United States no longer has the stomach to pursue an open ended conflict, a slow deterioration which prolongs the war, with implications for the political health of the democrat party. No problem that a spelt out time table may allow the Taliban to lie low and wait out the time. No problem that the population, more so than ever before, will not have the inclination to offend the Taliban. There is good logic, that setting a time table it will push the Afghan Government and its military to now stand up and be counted.The seriousness of the situation may be gauged by the fact that President Obama has said that he is not averse to talks with like-minded Taliban who relinquish violence. Already, there is a UK led peace initiative named ‘Front for Compromise and Development (FFCD)’ to get the Taliban into the mainstream. Karzai has already proposed a ‘Jirga’ of Afghan and Pakistan elders and fighters – this initiative is likely to be headed by Abdullah Abdullah, the losing Presidential candidate.

But the catalyst for the new surge is undoubtedly the recent military set-backs. Leading into the three months or so that it took Obama to announce the future strategy were statements by General Stanley Mc Chrystal the force commander, “Failure to provide adequate reinforcements risks a longer conflict, greater casualty, higher overall costs and ultimately a critical loss of political support”. “Success is achievable, but will require, “a revised implementation strategy.” And that there was a need for additional troops within the next year or lose the conflict. How did this situation of facing failure come about?

In the space of just over one year, the US forces have suffered the equivalent of Mogadishu like reverses inside Afghanistan, not once but twice.

In the space of just over one year, the US forces have suffered the equivalent of Mogadishu like reverses inside Afghanistan, not once but twice. More disconcertingly, both these setbacks have been encountered in the vicinity of less then twenty miles of each other. The first one occurred in the battle of Wanat in the Kunar province in July 2008 where 48 US and 24 Afghan soldiers held off thrice the number of attackers in a four hour firefight that left nine Americans dead and twenty seven wounded in one of the bloodiest days of the eight year war. The debacle became a case study for troops being inducted into the Afghan theatre, of poor intelligence; disconnect with the local population, under prepared defences, lack of surveillance cover, and poor logistics.

The troops showed great fighting qualities in staving off fierce attacks, firing non stop till their weapons jammed, mortally wounded troops continued to hand bullet belts to those in a condition to fire. The fighting became hand to hand with one or two insurgents breaching the perimeter fence and managing to kill the platoon Commander, Lt Jonathon P. Brostrom and three other soldiers at close range, making it a fight, “as remarkable as any small unit action in American military history.”

It appears, however, that lessons from that battle had still not sunk in because Afghan militants, once again stormed two American base camps in Kamdesh district of Nuristan province, less than twenty miles from Wanat, on 04 Oct ’09. Pounding the US troops with guns and RPG’s, the provincial chief Mohammad Jangulbagh, estimated that about 300 militants took part in the attack. The Americans fought back with helicopters, heavy guns and air strikes, but the militants kept up the battle till late in the afternoon, killing eight US and seven Afghan soldiers. The Taliban claimed to have even captured 30 Afghan soldiers including the Kamdesh police Chief, Shamshullah, and that it had overrun both these posts. The ISAF denied the rout, maintaining that it had regained control. The ferocity of the attack forced the Kamdesh post force commander, Col Randy George to describe the militant raid as, “a complex attack in a difficult area.” Elsewhere, there are reports of coalition troops pulling out of combat isolated outposts in Paktika and Khost provinces, and the strategic and dangerous Taliban – infested Sato Kandao pass in Paktia.