UAVs: Dilemmas in the application of air power

The use of Unmanned Aerial Vehicles (UAVs) is not new and dates back to World War II, when the Germans used a remotely controlled 2300-lb flying bomb steered by a pilot from a mother ship. Since then, UAVs have come a long way and today, a pilot or operator on the ground is able to observe and target a moving vehicle in Pakistan from the other side of the world. The technology has matured and UAVs are proliferating both in number and application.

After World War II, there was little development in UAV technology and most remotely piloted vehicles were used as manoeuvring targets for training pilots in air combat. The Vietnam War saw the USAF use the Firefly, a small long-range experimental drone for reconnaissance missions but subsequent development was deemed as not ‘cost effective’ and scrapped. Development of UAVs received an impetus when the Israeli Air Force employed the Pioneer drone during the war in Lebanon in 1982.

The US version of the Pioneer was pushed into action during Operation Desert Storm in February 1990, when helicopters onboard the US Navy battleship, USS Wisconsin, used as airborne spotters for directing gunfire, were replaced by the Pioneer UAV. In one instance, while USS Wisconsin was engaging ground targets on Faybala Island off Kuwait, the pilot of the drone was instructed to fly low over the Iraqi trench line so that the soldiers would know that they were being targeted. The troops heard the distinctive buzz of the Pioneer UAV and realising that they would come under fire, waved white flags to surrender. In this widely publicised incident, this group of Iraqi Republican Guards became the first humans to surrender to a drone.

The UAV Vs Manned Aircraft

The development of Unmanned Aerial Vehicles (UAVs) offers the hope that countries can wage war in the future in a more efficient and less risky manner than when aircraft are piloted by men and women. Many air forces operate UAVs but a mere handful of them have used them in actual combat conditions. It was envisaged that UAVs would enhance the ability to project military power and could be used to perform roles and missions which pose a high threat to manned aircraft such as operating in a Nuclear, Biological and Chemical (NBC) warfare environment, reconnaissance missions over enemy territory or while tasked to carry out Suppression of Enemy Air Defences (SEAD). 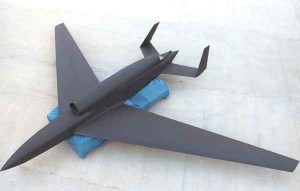 Removing the human from the cockpit frees the machine from the requirements of making systems for heating/cooling of the cockpit, pressurisation, ejection devices and oxygen systems for the pilot. It expands the flight envelope in terms of manoeuvreability, altitude and duration for which the aircraft could be airborne. It was claimed that UAVs would be less expensive to develop and manufacture than manned aircraft. They would reduce the requirement for supporting facilities and manpower that modern aircraft require. The jury is still out on whether the UAV has lived up to these expectations.

One definition of a UAV states, “It is a powered aerial vehicle that does not carry a human operator, uses aerodynamic forces to provide vehicle lift, can fly autonomously or be piloted remotely, can be expendable or recoverable, can carry lethal or non-lethal payload”. The critical factor that differentiates a manned aircraft from a UAV is the amount of information available to the UAV operator. The most significant advantage of piloted aircraft is the ability of humans to take inputs from inside and outside the cockpit and build a composite picture for better situational awareness. A pilot can make assessments based on incomplete or ambiguous inputs and still take critical decisions of selection of weapons and use of lethal force. Artificial intelligence is yet to reach the level of sophistication to abrogate such autonomy to the UAV.

Modern technology provides considerable amount of information to the UAV operator through data and visual displays but these technologies are still inadequate to give the human operator the visual stimuli derived from the attitude of the plane and the physical sensations of vibration, sound, ‘g’ forces and all-around visibility that are so essential for piloting a plane and to take instantaneous decisions in the cockpit. These inputs can be provided to the UAV operator to improve operational potential but will directly increase the complexity and cost of the UAV. 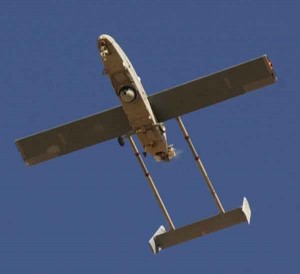 Presently, military unmanned systems are either remotely controlled or semi-autonomous systems which have a high degree of autonomy yet remain supervised. The next generation of UAVs is likely to demonstrate a much higher degree of autonomy and will incorporate the ability for cooperative action as a team with manned aircraft or other UAVs. They will also be able to operate as a swarm with a number of other UAVs. If UAVs are to be made completely autonomous in the future and only the final weapon launch is to be controlled by the operator, the price of automation will significantly increase the costs to a point that they become more expensive than the less automated UAVs controlled by humans.

Till 2001, UAVs were used primarily for reconnaissance, surveillance, intelligence gathering and as decoys. In February 2001, the first Hellfire missile was test-fired from a Predator UAV and this had a profound impact on the operational use of UAVs. The terrorist attacks of September 11, 2001, created a demand for Hellfire-equipped Predator UAVs to target terrorists in Afghanistan, Yemen and Pakistan. In the very first year of combat operations, the US forces hit 115 targets in Afghanistan and the CIA employed the Predator to eliminate known Al Qaeda terrorists. The Predator was also used to engage Iraqi mobile radar sites in preparation for the invasion of Iraq in 2003.

UAVs in operation today range from hand-held systems to those as large as a manned bomber. Remotely operated helicopters ranging from the size of a mini-UAV to that of utility helicopter are now available. The performance of these UAVs is varied and provides different operational capabilities such as surveillance, reconnaissance and intelligence gathering. Therefore, sensors used on UAVs must balance the need for high resolution or sensitivity with the smallest size. The performance of the UAV depends on the combination of operating altitude and resolution provided by its sensors. Higher the altitude, larger the sensor required and higher the resolution and sensitivity of requirements.

Initially, the US and NATO forces categorised the use of armed UAVs as under:

On the other hand, the CIA uses the UAV in hunter-killer missions where it maintains a constant vigil and strikes at the opportune moment. The major difference being that the US military uses UAVs only in designated combat zones whereas the CIA operates in civilian areas hunting and killing Al Qaeda operatives marked for elimination. The use of UAVs has been an integral part of military operations in Afghanistan and has not been plagued to the same extent by the adverse publicity caused by collateral damage to civilian targets in Pakistan and Yemen.

The combat roles assigned to UAVs can be linked to the difficulty of the mission to be accomplished. Attacks against fixed ground targets pose the least challenge. However, the degree of difficulty increases if the target is moving on the ground or is airborne. Attacks on the enemy’s fixed and mobile ground targets are easier if they are not in contact with own ground forces and the use of UAVs to attack targets in contact with own troops increases the complexity. In conventional military operations, troops, vehicles and aircraft of the enemy or of own forces, move around in the same geographical area and identifying friend from foe is always a challenge. Providing this mass of data to an operator console at a distant location is the ultimate objective but it has not yet reached the necessary degree of reliability to preclude accidental fratricide.

In early November 2012, data released by the United States Air Force (USAF) indicates increasing trend in operational missions in Afghanistan under the Obama administration. In 2012, the USAF has carried out more than one strike mission per day in Afghanistan. There, it is interesting to note that the number of manned flights in which weapons were dropped, reduced from 165 a month in 2011 to 139 in 2012. US military forces are reported to have undertaken over one million UAV missions since their induction into service. In 2012, the USAF trained more UAV pilots than fighter pilots. The CIA is reported to have conducted about 350 strike missions in Pakistan and roughly 50 strike missions in Yemen over an eight-year period. The USAF is likely to exceed that figure in 2012 in Afghanistan alone. These figures only highlight the relevance of UAVs in modern warfare and drive home the point that they are here to stay.

One thought on “UAVs: Dilemmas in the application of air power”