Time To Walk A Thin Line 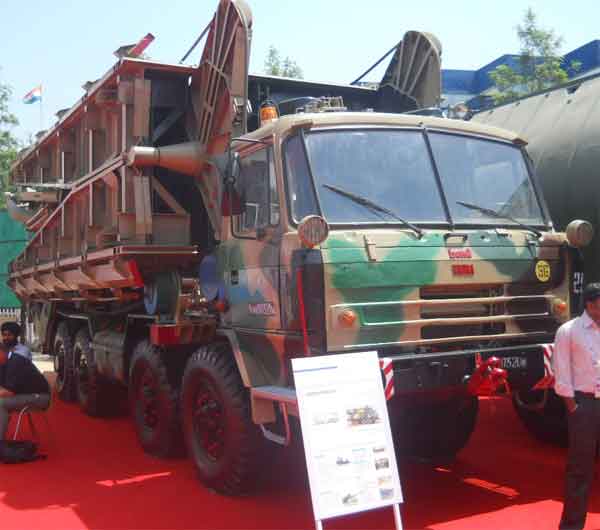 In a season where scams are tumbling out of Lutyens’ Bhavans with an embarrassing regularity, it may appear that the AgustaWestland helicopter graft case has receded from public memory. Rather than let criminal law take its own course, we are being led to believe that the weakness actually lies in higher policy. Incidentally, the defence minister said that India needed to speed up indigenization in defence production to root out corruption. That indigenization of Tatra trucks by a defence public sector unit had not eliminated corruption was conveniently forgotten.

We are forced to look at a foreign supplier primarily because while we boast of the largest aeronautical industry in Asia, we have no worthwhile aerospace vision or strategy to guide it.

This inauspicious background notwithstanding, a new Defence Procurement Procedure was born in April. The high points included pushing back the purchase of military equipment from foreign vendors and providing incentives to the private sector to collaborate with global firms in order to compete for defence contracts. Even a layman knows that given the present state of our defence industry, the former is a pipe dream. Expecting meaningful privatization while limiting foreign direct investment to 26 per cent is a joke being played with the dynamic private sector.

DPP covers all defence procurements. But the following discussion is limited to aeronautics, which leads the pack in terms of technology and investment. As if to prove the futility of its own plan, no sooner had the ink dried up, the ministry of defence requested eight foreign aerospace vendors to replace the Indian Air Force’s fleet of Avro 748M aircraft.

To come back to the two crucial elements of the new DPP that were to be the panacea for the corruption itch. We are forced to look at a foreign supplier primarily because while we boast of the largest aeronautical industry in Asia, we have no worthwhile aerospace vision or strategy to guide it. It remains content with low technology licence manufacturers as contracts come its way. International companies are delighted with this status quo, as the alternative of a vibrant Indian aeronautics industry would prove to be a major competitor.

The second element, that of allowing a foreign supplier to choose its Indian partner, has now been invoked. This innocuous change in procedure reveals far less than what it hides. In actual practice, it is a major departure of policy, which has strategic consequences not just for Indian aerospace but for national security and the economy itself. On the one hand, even civil airlines need to clear their aircraft import requirements with the aviation ministry. On the other hand, the MoD now permits a foreign supplier of military aircraft to choose its manufacturing partner in the open market in a sector of strategic importance.

Indigenization of the aeronautical industry cannot, however, be driven by a lowly desire to curb corruption, but one born out of the need for a dynamic and internationally competitive aeronautics industry. This requires a well-calibrated strategy…

As is known, the IAF’s medium multi-role aircraft requirement was finally decided in favour of the French Rafale. One of the points of contention during negotiations is reported to be the supplier’s desire to execute the Indian part of the contract through an Indian private company of its choice against the tender requirements of using Hindustan Aeronautics Limited. Had the tender been floated today, this would have been perfectly in order. Understandably, there is reluctance on the part of the MoD because allowing such a deviation could well draw protests from the competitors who had lost.

If the MoD genuinely believes that going through the private route is beneficial for the larger national good, why should it not have the right to do so? But herein lies the rub. We can only attempt such a bold departure if we are surefooted and capable of working out an aeronautical strategy born out of a national vision. If we believe in substituting procedures for policy, the future of our aeronautics industry will be bleak. The former are processes to implement policies and can change to suit changing needs. The latter has long-term goals, and should evolve out of an aeronautical industrial strategy. Can a decision as far-reaching as permitting a foreign military aircraft vendor to choose its own Indian private partner be taken as a matter of procedure without weighing its complex consequences? Do we sincerely believe that the market values national security interest above its bottom line?

If we are to go by the logic enunciated by the defence minister, we now have not one flank to guard against potential corruption, but two. Competition among foreign suppliers with the ghost of agents behind every bush and Indian corporate partners of foreign suppliers peddling influence in the labyrinthine corridors of New Delhi where crony capitalism abounds.

The global security and economic climate today is extremely challenging. The international arms market is far more global and integrated, R&D costs involved in producing high-technology weapon systems have escalated sharply and defence budgets across the globe are coming under strain. This has resulted in considerable rationalization of defence industries within the traditional arms-exporting nations and their desire to form mutual partnerships within and outside their countries. A similar push to rationalize and make our aeronautical industry and associated R&D more efficient and open to the private sector should be drawing strategic attention.

Indigenization of the aeronautical industry cannot, however, be driven by a lowly desire to curb corruption, but one born out of the need for a dynamic and internationally competitive aeronautics industry. This requires a well-calibrated strategy that takes into consideration the complex ingredients that go into the making of a strategic air power.

…the defence minister said that India needed to speed up indigenization in defence production to root out corruption. That indigenization of Tatra trucks by a defence public sector unit had not eliminated corruption was conveniently forgotten.

The challenge is not unique to India. Such a change in the United States of America was overseen by Jacques Gansler, the under-secretary of defence for acquisition and technology in the Bill Clinton administration, who, earlier, had said, “In order to understand the economic operation of the US defence industry, it is first absolutely essential to recognize that there is no free market at work in this area and that there cannot be one because of the dominant role played by the federal government. The combination of a single buyer, a few large firms in each segment of the industry, and a small number of extremely expensive weapons programmes constitute a unique structure for doing business.” This aptly sums up the challenge to governments and aeronautical industries across the globe — how to keep this unique structure for doing business finely balanced between free markets on the one hand and State control on the other.

In 2004, the Aeronautical Society of India had submitted a proposal for an overarching national aeronautics policy, along with a supporting organization, with a view to accord national aeronautics the status of a national mission, bringing it on the international stage as an equal partner rather than a perennial buyer. If there is one lesson that emerges from the current scene, it is that this dormant proposal needs a long, hard look.

It has been widely reported that when the former army chief broke the news to the defence minister of a bribe being offered on behalf of a defence PSU, the minister had buried his head in his hands. The MoD should not bury its head in the sand and believe that formulating newer DPPs will help meet the humungous challenges facing India’s defence industrial complex.