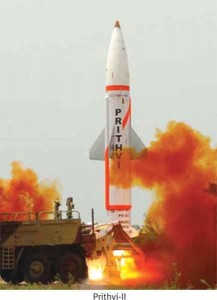 Recently I attended a round-table symposium on how “Missile transparency” could be an important confidence building measure (CBM) between India and Pakistan. It was organised by the New Delhi-based Institute of Peace and Conflict Studies (with which I am associated as a Distinguished Fellow) in collaboration with the USA-based Lawrence Livermore National Laboratory, Savannah River National Laboratory, Sandia National Laboratories and National Nuclear Security Administration.

The proposition that the organisers made was that short range ballistic missiles (SRBMs) with ranges less than 250 km deployed near the Indo-Pak border “could cause rapid escalation of a conflict, either by their use (to deliver nuclear or conventional payloads) or by presenting a tempting target”. It was contended that as both India and Pakistan were deploying of late newer missiles,  “they no longer rely on outdated first generation missiles”, which were essentially SRBMS. And now that these missiles were “obsolete” (inaccurate because these are liquid-propelled and irrelevant because there are now reliable and powerful long-range missiles), “their removal from active service would improve strategic stability for both parties”.

…these missiles were “obsolete” (inaccurate because these are liquid-propelled and irrelevant because there are now reliable and powerful long-range missiles), “their removal from active service would improve strategic stability for both parties”.

To be precise and specific, the advocates of such CBMs argued that India’s Prithvi 1 & 2 and Pakistan’s HATF 1 & 2 were the ideal candidates to retire as they had served their purpose and were on the path of normal decommissioning process in the respective countries. According to them, “a plan of mutual transparency measures that would share information about the retirement of these missiles on a reciprocal, bilateral basis – without impinging on the continuing modernisation of both sides’ strategic forces. The retirement of other nuclear capable, obsolescent ballistic missiles can then follow in the same cooperative spirit”.

Now, let us see the merits of this proposition. As a matter of principle, one should have no problem in declaring that CBMs are always desirable. However, the question arises whether they are doable or realisable. And when one talks of the CBM, they are usually are of three types – multilateral, bilateral and unilateral. The proposed CBMs are not multilateral in the strict sense of the term, but then any disarmament/arms control measure between India and Pakistan goes beyond bilateral realms, thanks to the factor of China. Unlike Pakistan whose security concerns are India-centric, India’s potential challenges also emanate from China, rather in a big way. In that sense, Indo-Pak CBMs are easier said than done, more so because in many instances the weapon systems that Pakistan has are procured in toto from China and in certain cases stored in Chinese territory.

Now let us look at the existing CBMs between India and Pakistan.  One is “the Prohibition of Attack Against Nuclear Facilities”, which was signed by Indian Prime Minister Rajiv Gandhi and Pakistani Prime Minister Benazir Bhutto on December 31, 1988. It was ratified in 1991 and implemented in January 1992.  This requires an annual exchange of lists detailing the location of all nuclear-related facilities in each country. It is being done annually, though there have been occasions when the exchanged list has not been  wholly accepted by the two sides, that is one side doubting the authenticity of the list of the other.

The military exercises at the corps level  is supposed to be conducted at the minimum distance of 45 km from the international border and the exercises at division level should  be done 25 kilometers away from the border.

Another CBM has been the establishment of hotlines between the military commanders of the two sides at DGMO level (agreed after 1971 war) and between the two Prime Ministers (agreed in 1987). This also has not exactly worked always. During the military exercise, Operation Brasstacks, in 1987 and the Kargil War in 1999, the military hot line proved unreliable. As regards the hotline between the Prime Ministers, it was not used after 1990. It worked briefly during the Kargil War, though it is said that it can be restarted at a very short notice.

Another CBM has been the 1991 agreement to inform each other before conducting any kind of military exercise was made.  A prior notification to inform each other is required for those military exercises comprising minimum of two or more armed divisions in specific areas. The military exercises at the corps level  is supposed to be conducted at the minimum distance of 45 km from the international border and the exercises at division level should  be done 25 kilometers away from the border. Any kind of military activities are not allowed within 5 kilometers range of border. However, this agreement of pre-notification has been more honoured in the breach than in the observance.

Same has been the case with the agreement on non-violation of Air space (made in 1991 and implemented in 1992) that envisages that fighter aircrafts are not allowed to enter within 10 kilometers of foreign space (logistic aircrafts and unarmed air traffic are allowed up to 1000 meters from the international border and flights within the given range are allowed for rescue or supply of goods only after the advance notice given by the governments).  In Siachen Glacier the rules of this agreement has not been applied, with helicopters of both countries being shot down.

It may be noted here that in February 1999, Prime Ministers Vajpayee and Nawaz Sharif met in Lahore and agreed to a series of CBMs that dealt with the terms of nuclear risk reduction. The Lahore Declaration emphasised measures to improve nuclear security and prevent an accidental nuclear exchange. One of the measures sought to prevent the accidental or unauthorized use of nuclear weapons. Another called for the creation of communication mechanisms similar in some aspects to those required by “the Convention on Early Notification of a Nuclear Accident”. The two sides also committed to exchange information on their nuclear doctrines and security concepts; prevent accidental nuclear crises; work on measures to improve control over their nuclear weapons; and strengthen their respective moratoriums on nuclear testing by making their commitments binding. But then the world knows what happened three months later – the Kargil war. The Lahore Declaration became a part of history.

CBMs between India and Pakistan at bilateral level have many handicaps to overcome. There is a huge trust-deficit, which, in turn, is due to the fragile politics of Pakistan…

Viewed thus, CBMs between India and Pakistan at bilateral level have many handicaps to overcome. There is a huge trust-deficit, which, in turn, is due to the fragile politics of Pakistan where the military justifies its overwhelming dominance in the name countering “survival threats” from India and achieving “strategic parity” with India. It is not the civilian government in Pakistan but the military that has the last word on geopolitical issues. Thus, the inherent discomforts at the political level adversely affects “transparency” and verification”, the two essential components for the success of any CBMs, let alone those between India and Pakistan.

Does this mean that there cannot be any CBMs in South Asia towards the reductions of military tensions between India and Pakistan? In my humble opinion, given the inadequacies of any real and substantial CBMs at either multilateral or bilateral level, the only possible course is that of unilateralism on the part of India. As it is, the only concrete CBMs that have been undertaken in the region have been because of India’s unilateral steps. India has enunciated its nuclear doctrine of no-first use of nuclear weapons, whereas Pakistan is yet to respond.  Unilaterally, India has been maintaining a moratorium on further nuclear testing. India has joined the Chemical Weapons Convention (CWC), declaring its stocks of chemical weapons. But Pakistan has not reciprocated.

Viewed thus, if at all Prithvi 1 & 2 have outlived their purpose, there is no harm in India unilaterally retiring them instead of linking such retirement to that of Hatf 1&2 on Pakistan’s part. This will further enhance India’s reputation as a responsible military power. But for this to happen, India’s strategic decision makers need to be convinced by the proponents of such retirement that Prithvi missiles are obsolete, indeed.