The obvious advantage of stand-alone UAVs for TCT is the shortened sensor-to-shooter timeline since no dissemination of information is required from sensor to shooter. In optimum conditions, it is foreseeable that TCT could be achieved in single digit minutes utilising UAVs. However, this would require that the Joint Forces Air Component Commander (JFACC) allow decentralised execution authority at the AOC level.

After achieving repeated success in targeting key terrorist leaders in Afghanistan, Iraq and in the Middle East, Unmanned Aerial Vehicles (UAVs) have come in to the limelight. This was possible after UAVs became a part of an extremely complex air operation, the bedrock of which was seamless real-time integration of all intelligence agencies. The UAVs were only the front end. The Predator UAV has been extensively employed in a TCT role. Therefore, let us briefly look at the Predator UAV to understand the concept of TCT.

The most widely used tactical UAV is the RQ-1 Predator. Designed to provide constant Intelligence, Reconnaissance and Surveillance (ISR) coverage of the area of operations, it was operated as a Joint Forces Air Component Commander (JFACC) owned theatre asset. The sensor suite on the Predator includes an Electro Optical/Infra Red (EO/IR) camera, Synthetic Aperture Radar (SAR), and a laser designator. The laser designator is employed in conjunction with the Hellfire-C missile, which gives the Predator the capability to perform time-critical targeting. Video captured by the Predator is data-linked to a Ground Control Station (GCS) where it is reviewed and disseminated through the Joint Broadcast System. The Predator has a maximum endurance in excess of 30 hours and can communicate via line-of-sight data-link. However, when loaded with sensors and armament including Hellfire missiles, its operational endurance is about six to eight hours. Its improved version, now called the Reaper, also carries Hellfire missiles or 12 LASER-guided 500 lb bombs or four 500 lb GPS-guided Joint Direct Attack Munitions (JDAMs). Its ceiling of 50,000 feet1 is double that of the Predator’s.

Advantages of UAVs in TCT

The obvious advantage of stand-alone UAVs for TCT is the shortened sensor-to-shooter timeline since no dissemination of information is required from sensor to shooter. In optimum conditions, it is foreseeable that TCT could be achieved in single digit minutes utilising UAVs. However, this would require that the JFACC allow decentralised execution authority at the Air Operations Centre (AOC) level.

Numerous recent technological advances show great promise for a TCT mission. Most notable is Advanced Target Acquisition technology, which is a hardware/software combination capable of seeking out and identifying targets based on pre-programmed information. It involves integration of an advanced seeker that compares the observed target to those stored in computer memory and updates its impact point based on that information. Although this technology is currently under development and testing, it is believed that a suitable solution can be achieved within the next few years. Application of this technology to both existing and future weapons will further help in achieving the goal of engaging time-critical targets in single-digit minutes. A brief description of such advances follows:

The most widely used tactical UAV is the RQ-1 Predator…

Imaging seekers are currently being developed to provide for all-weather engagement of time-critical targets. These new imaging seekers include EO (UV, visible light and IR), radio frequency, SAR, millimetre wave, multi-spectral and laser radar. Although no single method provides optimum capabilities in all situations and environments, the laser radar or LADAR and passive IR show the most promise for future weapons integration.2 Two weapons, designated as Direct Attack Munitions Affordable Seeker (DAMASK) and Low Cost Autonomous Attack System (LOCAAS), are the most likely candidates for LADAR and passive IR respectively.

A modification kit for the JDAM munitions called the Direct Attack Munitions Affordable Seeker (DAMASK) allows for greater accuracy over a GPS-only guided JDAM. This new seeker, using an un-cooled focal plane array, will be capable of achieving a Circular Error Probable (CEP) of less than ten feet, a 300 per cent improvement over a traditional JDAM, at a cost of $12,700 per seeker.3

Imaging seekers are currently being developed to provide for all-weather engagement of time-critical targets.

The Low Cost Autonomous Attack System (LOCAAS) is a miniature, turbojet powered, loitering sub-munitions outfitted with a LADAR seeker. The LOCAAS has the capability to autonomously loiter while searching, identifying, classifying, tracking and engaging mobile and re-locatable targets. The turbojet allows the weapon to achieve stand-off ranges in excess of 150km. Once in the target area, the LOCAAS can loiter for over 20 minutes while it attempts to acquire the target. It has a multi-mode warhead capable of armour penetration and fragmentation.

The Small Diameter Bomb (SDB) is a GPS-guided penetrator weapon. It weighs 250lbs, of which 50lbs is explosives and can penetrate six feet of 5,000 psi reinforced concrete.4 Phase II weapons will have a LADAR seeker modification giving it a CEP of less than ten feet.5 Another modification being considered is the attachment of a Diamondback Wing-kit to increase the range of the SDB to 55km. Advanced technology munitions bring an all-weather TCT capability to the fight. Their precision is equal to that of man-in-the-loop weapons, but is more capable of engaging mobile type targets. Their ability to loiter over the battlefield in large numbers offers the required persistence.

One needs to create an Information Grid (IG) which can be used to feed in and extract information for targeting. An example of how the IG can be used for TCT, utilising the Find, Fix, Assess, Track, Target and Engage (F2AT2E) process follows. A ground station downloads imagery data from satellite that identifies (Find) a suspected mobile time-critical target located at a different place. This ground station then loads that information into the IG making it instantly accessible to an AOC located in nearby area. The AOC uses this information to correlate the time-critical target against other ISR assets and pinpoint the target location (Fix). 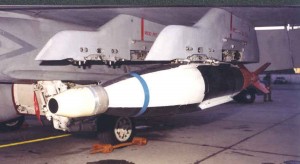 The AOC then does a collateral damage assessment of the target, accomplishes weapon pairing based on availability, pre-set guidance and ensures adherence to the Rules of Engagement (ROE) before issuing engagement authorisation. Meanwhile, the AOC tasks a nearby armed UAV to proceed to the target location to positively identify (Assess) and follow (Track) the suspected time-critical target using its onboard sensors. The AOC may also tasks airborne fighters if available, to proceed to the location of the time-critical target. En route, the combat aircraft download imagery and other target information from the IG. Clearance to engage is passed from the AOC to the Fighters/UAV as applicable. The same UAV then provides the assessment portion of the kill/ Battle Damage Assessment (BDA) thereby completing the TCT loop.

TCT is effective in spotting a target and neutralising it just as quickly.

The Fast Reaction Stand-off Weapon (FRSW) is a solid rocket powered munitions that was designed for rapid response to time-critical targets, achieving an average speed of Mach 8. It utilises a boost phase, followed by a glide phase that results in a stand-off range that places the employing aircraft well outside most SAM defences. It is designed to be carried by most fighters and bombers. It utilises INS/GPS for mid-course guidance and will carry two SDBs capable of destroying time-critical targets as well as high-value, buried hard targets. The SDB sub munitions would be fitted with a LADAR seeker to allow terminal guidance and will boast a CEP of less than ten feet.6

Simply stated, TCT is effective in spotting a target and neutralising it just as quickly. In conventional war, anything beyond the Forward Line of Own Troops (FLOT) is considered hostile and, therefore, attackable. There is no time spent on identifying the target. But in counter-insurgency operations, the story changes a great deal. Now relying on imagery or FLOT is simply not enough. The intelligence analyst has to identify the target as positively hostile before clearing a strike against it. In Israel, the need to triple verify the identity of a target convinced the Shin Bet, the Israeli Security agency, to bring together, for the first time, signals analysts and human intelligence operators to view a common unmanned aircraft system video feed. This allowed speedy processing of information and identification of individuals that the Israelis wanted to eliminate. They were highly successful in this endeavour. 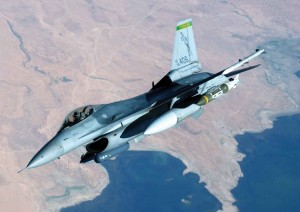 The Israeli Defence Forces (IDF) then realised that the same method could be effective against rockets and anti–tank teams located in urban areas in Lebanon and Gaza. The IDF established several unified centres that received information from all ISR sensors and also controlled available weaponry to be used against terrorists. The average exposure time of these rocket teams was 90 seconds. During this 90-second period, several ISR centres operating from brigade level upwards were able to detect a suspected target, confirm it as hostile and direct munitions against it.7 A Brigade Commander who participated in these operations stated, “With constant surveillance in the air and persistent intelligence gathering from all other sources, we were able to translate any intelligence into action in less than a minute in some cases.”

The ability to engage and destroy a target in a very short time-cycle has been a reality with Israeli and US air forces for some time now. In fact, the majority of Taliban and Al Qaida leadership has been eliminated by TCT. While it seems rather simple to a layman, it actually involves extremely high degree of integration of complex intelligence operations culminating in air strikes of devastating accuracy. UAVs enable persistence, political leeway and drastically reduce the freedom to targeted parties. However, the use of UAVs needs delegated decision making.