The Phantoms of Chittagong: The Unsung Tibetan Heroes of the 1971 Bangladesh Liberation War 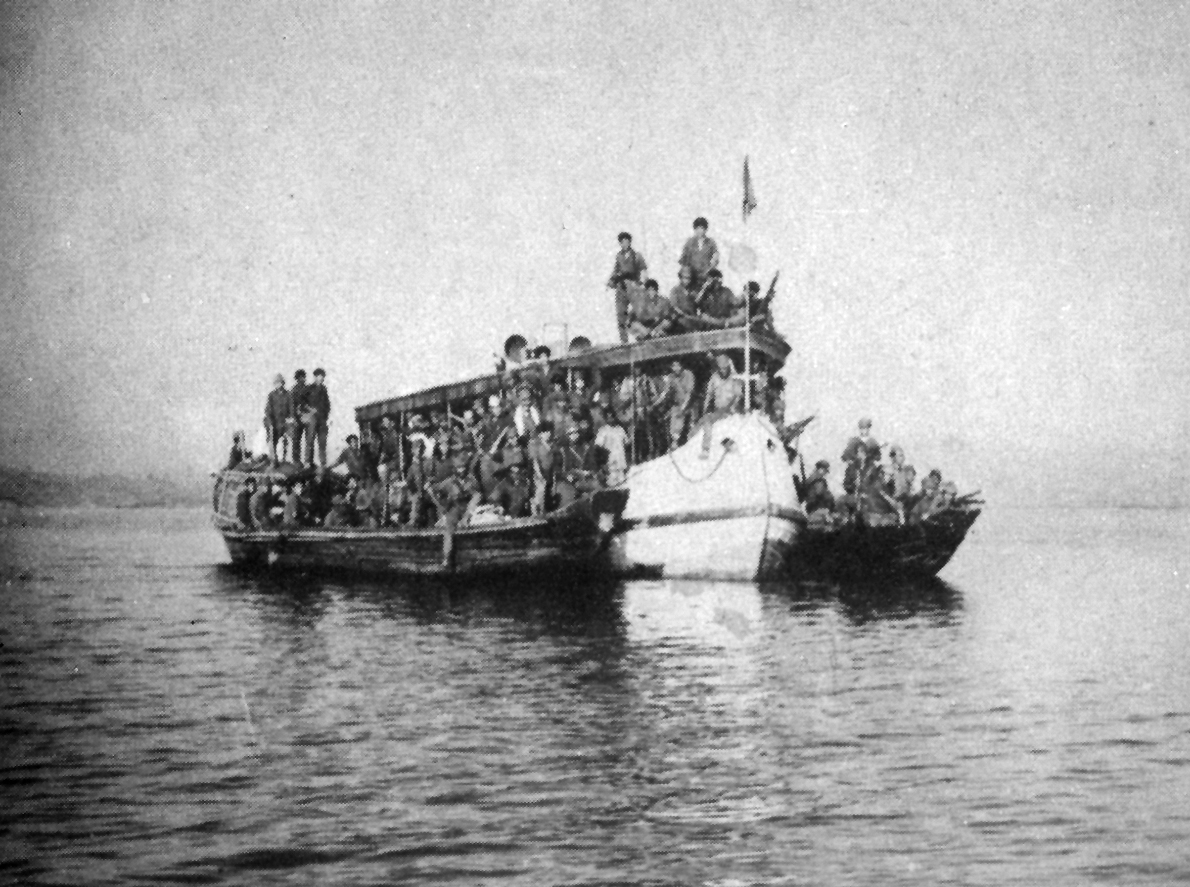 On 50th anniversary of the liberation of Bangladesh, we need to recall one of the best-kept secrets of the war: The role played by the Special Frontier Force, a highly trained Tibetan regiment based in today’s Uttarakhand, in the Chittagong Hills.

We are soon going to celebrate the 50th anniversary of the liberation of Bangladesh from the clutches of the dictators of West Pakistan. One of the best-kept secrets is the participation of the Special Frontier Force (SFF), a highly trained Tibetan regiment based in today’s Uttarakhand.

The SFF played an important role along with the Mukti Bahini, the Bangladeshi freedom fighters, in the liberation war in the Chittagong Hills.

SFF was founded in November 1962, a week before China’s unilateral cease-fire. The idea was that the Tibetans would themselves ‘liberate’ Tibet!

Dapon Ratuk Ngawang, a senior Tibetan officer (who has now passed away), explained how the SSF became known as ‘Establishment 22’ or simply ‘Two-twos’: the first commandant of the force was a senior Indian Army officer, Brig (later Maj Gen) Sujan Singh Uban, an artillery officer, who had earlier served as Commander of the 22 Mountain Brigade.

SFF and the Bangladesh war

The Official History of the 1971 War published by the Ministry of Defence mentions all the victorious battles, but the Tibetan regiment is not even cited and today it is extremely difficult to find any document proving the Tibetan soldiers’ participation. This is mainly due to inter-services rivalry.

A few years ago, Dapon Ratuk (the rank of ‘dapon’ approximately corresponds to a Commanding Officer) explained in an interview: “The Tibetan regiment known as Special Frontier Forces (SFF) has never functioned under the control of the Indian Army. It was established in 1962, after the India-China war. The main objective of the regiment was to fight the Chinese Army (with the help of the Indian Army). At the time of the creation of the force, we thought that the operations could be based at Lhuntse Dzong in Tibet (near the Indian border). The plan was to engage the Chinese Army in a military conflict within five-six months of the force’s creation. But the India-China war came to an abrupt end on 22 November 1962, and due to international pressure to maintain peace, no further military engagements occurred with China. Therefore, the services of the Establishment 22 regiment were not used for what had been planned.”

However in 1971, the Prime Minister Indira Gandhi thought of using the Tibetan force to conduct guerrilla warfare within East Pakistan; she mentioned this to RN Kao, the then Research and Analysis Wing (RAW) Chief.

Brig Uban wrote in his memoirs, The Phantoms of Chittagong: “Suspecting it to be a long drawn-out affair, the Government of India sent for me as an expert in unconventional guerilla warfare and asked me to study the situation by visiting the border areas and meeting people and to submit a report, which I did after a hurried visit to the affected border areas and meeting several Bangladesh youth leaders.”

He goes on to explain: “My personal visit confirmed what the map showed, that is Bangladesh was a paradise for guerilla warfare. Forests and hills, rivers, streams and lakes made many areas inaccessible. Yet there was fish and fowl in abundance to keep a guerilla force functioning independently.”

He added an important aspect: “On top of that if you take on a disillusioned and angry population of 75 millions, one can visualise the Force needed by the martial law authority to maintain a semblance of order in any part of that country, a guerilla warfare I thought would suck Pakistan dry of troops and resources if it ever decided to retain this part under its possession.”

Uban proposed to conduct guerilla operations in the Chittagong Hills in order to cut the retreat route of the Pakistani troops. He recalled, “Apparently General Manekshaw (the then Army Chief) had been thinking on similar lines and one day sent for me to investigate this possibility. Our minds met and I set out to prepare this Special Force of Northern Hill Tribes (the Tibetans) for this new venture. Leaders and men of this force did not take much time to understand the full implication of joining this venture and they made a representation in writing that they [should] be allowed to participate and make some contribution if ever Pakistan forced this war on India.”

Uban had two fighting forces under his command: The SFF as a commando force and the Mujeeb Bahini, the elite Bangladeshi force.

In early 1971, the Tibetan force heard that during a special meeting called by the Indian Army in New Delhi, Brig Uban had volunteered to lead the Establishment 22 in the Bangladesh liberation war: “It was SS Uban Singh and my colleague Dapon Jampa Kalden who voluntarily decided to take part in the War,” recalled Ratuk.

The narrative from the old Tibetan officer continued: “Later they told me about their plans. First, I refused to join them… I told them that the Establishment 22 had not been created to fight ‘for India’; rather it was established with the sole aim to fight the Chinese.”

Finally, after a directive came from the Department of Security of the Central Tibetan Administration in Dharamsala, Dapon Ratuk accepted. “The Department told us that there was no alternative but to go to war ‘for India’. Moreover, they told us that the Indian government was in a very critical situation at that time and our participation in the war could help save a lot of Indian lives,” he recalled.

Through Brig Uban, the force was in direct contact with RN Kao, responsible for the External Intelligence in the Cabinet Secretariat.

The old Dapon remembered: “Once the decision to participate in the operations was taken, Dapon Dhondup Gyatotsang (he lost his life during the 1971 Operations), Dapon Pekar Thinley and myself divided the regiment into three units. We decided that each one of us would lead one unit in the war. Due to his age and despite his military experience, Dapon Jampa Kalden couldn’t take part in the operations; he remained the administrative link between the Indian government and Establishment 22.”

The fascinating story of the Establishment 22 continued: “After we captured Chittagong, Kao came to visit our regiment (in Uttarakhand) and gave awards and speeches in praise of the Tibetan unit’s heroic battles” — a sort of acknowledgment of the sacrifice made by the Tibetans to liberate a country which was not theirs.

It is not surprising that the SFF was already present in East Pakistan several months before the official start of the operations.

Some years ago, Dapon Jampa Kalden gave us another perspective: “Initially there was some guerilla training given in places like Tamil Nadu, to the Bangladeshi guerrilla groups, the Mukti Bahini. The training was given by the Indian Army.”

In December 1970, a year before the beginning of the Army operations, the force was informed of the possibility of a war. In March 1971, it became obvious that India would have to go to war to liberate Bangladesh in order to solve the issue of millions of refugees in West Bengal. Jampa Kalden recalled that in February 1971, the SFF had already started infiltrating Bangladesh along with the Mukti Bahini. At first, it was probably for reconnaissance only, simply because “the operation was decided in March (1971) but we were already in Bangladesh in February. I was there two months before the operations were decided”, said the Tibetan officer.

He further explained: “The Mukti Bahini was very good at making guerrilla plans and at guerrilla tactics. Mukti Bahini was solely responsible; they would go on their own and fight. We were responsible to support the Mukti Bahini and provide some reinforcement to them. The real battle started in March.” This was after the massacre of the students on the campus in Dacca by Gen Tikka Khan on 25 March.

Asked why very few in Eastern Command headquarters in Fort William in Kolkata knew about the operations in the Chittagong Hills, he replied: “Our headquarters was independent. (We were under) Chittagong Hill Tract Area command and I was in charge with Brig SS Uban.”

This created some friction with the Army; many were not keen to acknowledge the role of the Establishment 22. Worse, the force was not even allowed to parade in Chittagong after the victory. This was just petty jealousy!

Incidentally, the force had only one helicopter. The pilot, Sqn Ldr Parvez Rustomji Jamasji, had to carry out all the duties, para-dropping over the battle sites, rations and ammunition dropping, rescue operations, etc — a feat in itself for which the young pilot was awarded Vir Chakra.

For their part, the Tibetans have never been officially rewarded or acknowledged.

2 thoughts on “The Phantoms of Chittagong: The Unsung Tibetan Heroes of the 1971 Bangladesh Liberation War”