Home  >  News  > Geopolitics  >  The Chinese Dream is Over: The Seven Perils

The Chinese Dream is Over: The Seven Perils

The Prime Minister Dr Manmohan Singh at a bilateral meeting with the President of the People’s Republic of China Mr Xi Jinping on the sidelines of the Fifth BRICS Summit, at Durban, South Africa

On August 19, an important meeting was held in Beijing during which President Xi Jinping called for a renewal of China’s focus on Marxist ideology.

Since the 18th National Congress in November 2012, reformists have praised the merits of constitutionalism—where power remains in the framework of the laws of the land—versus supreme party authority.

Xi pleaded with officials to present a more cohesive Marxist message to cadres and the public.

This appeal came when the debate  over the nation’s future is raging in China; observers believe that a decision may be taken during the Third Plenum, a crucial Party meeting in November.

Since the 18th National Congress in November 2012, reformists have praised the merits of constitutionalism—where power remains in the framework of the laws of the land—versus supreme party authority.

Tim Buckey for the The New York Times reported Xi’s speech: “Communist Party cadres have filled meeting halls around China to hear a somber, secretive warning issued by senior leaders. Power could escape their grip, they have been told, unless the party eradicates seven subversive currents coursing through Chinese society.”

An internal Party memo, referred to as Document No. 9 was mentioned; it enumerates the ‘Seven Perils’. Buckey says that it “bears the unmistakable imprimatur of Xi Jinping.”

The first ‘Peril’ is of course ‘Western constitutional democracy’; others included promoting ‘universal values’ of human rights, Western-inspired notions of media independence and civic participation, ardently pro-market ‘neo-liberalism’, and ‘nihilist’ criticisms of the party’s traumatic past.

According to Document No. 9: “Western forces hostile to China and dissidents within the country are still constantly infiltrating the ideological sphere.”

Buckley says that he had verified the authenticity of the Document with four sources close to senior officials, including an editor with a party newspaper. It does not mean that everybody in China agrees.

According to The Post, Song Huichang, professor at the Communist Party’s Central Party School in Beijing, “in a thinly veiled analogy, compared ‘some current leading cadres’ with the ancient King Li of Zhou, a despotic ruler of the central Chinese kingdom that preceded the Chinese empire in the 8th century BC. The decadent tyrant suppressed opposing opinions until a revolt of farmers and soldiers ended his rule and sent him into exile.”

Human Rights Watch believes that The New Citizen Movement, a grassroots campaign demanding the respect of citizen’s rights guaranteed by the Chinese Constitution…

Song added: “No matter what era, do not think that by holding onto power, one can do whatever one likes and gag the people’s voices.”

The Marxism scholar published his views in an article published in the party school’s paper The Study Times: “Of course, this can work for some time, but in the end [such rulers] will be ousted by the people….There are now some leading cadres with confused thoughts, their mindsets are even more backward than those of those wise feudal lords. They thoroughly believe in the following creed: if you have power, you have everything, whoever holds onto power, can decide everything.”

This comes after the clampdown had started and the popular internet commentator Charles Xue was detained on charges of soliciting prostitutes.

According to another Chinese publication, The Evening Post, Ding Renren, the boss of Zhejiang’s online security department warned internet users that even information shared privately among friends could lead to prosecution.

Particularly targeted is WeChat, a popular mobile messaging service with more than 200 million active users; it allows users to share information among ‘friends’.

Human rights groups have noted a strong increase in the detention of government critics and journalists since Document No 9 surfaced in April.

In June, a notice by the Supreme People’s Procuratorate called on prosecutors to “resolutely crack down on activities …with the objective of subverting state power”.

Human Rights Watch believes that The New Citizen Movement, a grassroots campaign demanding the respect of citizen’s rights guaranteed by the Chinese Constitution, is one of the main targets of the new campaign; its founder Xu Zhiyong and at least 16 of its members have been arrested.

In May already, the Chinese press mentioned that a prominent Chinese law professor had revealed in his Sina Weibo microblog that the Party had imposed a policy on university professors instructing them not to teach seven subjects, including freedom of the press, past mistakes of the communist party, and citizen rights.

Zhang Xuezhong teaching at East China University of Political Science and Law listed the taboo subjects (universal values, civil society, citizen rights, judicial independence, freedom of the press, past mistakes of the communist party, and the privileged capitalist class). More or less the same than the ‘Seven Perils’! 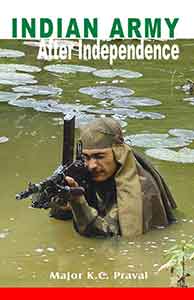 Of course, Zhang’s Weibo account was soon after deleted and the “Seven Speak-Nots” are now blocked on major social media in China.

Today, The South China Morning Post affirms that Xi’s remarks during the August 19 meeting were even harsher than earlier reported.

The President spoke of building ‘a strong army to seize the ground of new media”.

Are we witnessing the beginning of a new Cultural Revolution?

Where has the Chinese Dream gone?

Paradoxically, in the Volume II of Xi Zhongxun’s memoirs published a few days ago, the Chinese President’s father argues that ‘the Cultural Revolution did little good to China’.

It is difficult to understand China!

2 thoughts on “The Chinese Dream is Over: The Seven Perils”