A couple of months back Islamabad went hysterical again. India
as usual was the target. This time it is not about Kashmir or the fate of the Muslim population in India, but a new topic: water. Not completely new, but the virulence was new. 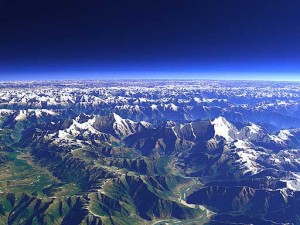 According to the Pakistani media, New Delhi had started a ‘water war’ against Pakistan and decided to starve the country of its due share of water.

Pakistan’s real boss, General Ashfaq Kayani said that India would remain the focus of Pakistani military doctrine so long as Kashmir and Water remained unresolved. The fact that there is an Indus Water Treaty since 1960 and that the agreement despite its limitations (especially for India and more particularly for Kashmir) has worked relatively well was omitted from the debate.

As always, there was a veiled threat at the end: a ‘water war’ may trigger a ‘nuclear war’ if Delhi did not listen to Islamabad. Of course, the American sponsors were immediately called on to restrain India on in the issue.

Dr. Arvind Gupta in a research paper for the IDSA entitled Vicious anti-India propaganda in Pakistan on Water issues1 lists some of the pearls of wisdom found in the Pakistani press:

“¦ the main motivation of MA Jinnah and Liaquat Ali Khan in 1947-48 was perhaps not the Two-Nation Theory, but the waters of Kashmir “¦

The last comment is the most significant, ‘Kashmir is not as important the water issue’. Why?

Well, in the first place, the main motivation of MA Jinnah and Liaquat Ali Khan in 1947-48 was perhaps not the Two-Nation Theory, but the waters of Kashmir which were (and are) an existential issue for the Land of the Pure.

He (Quereshi) rightly asked: “Where is the 34 million acre feet of water going? Is India stealing that water from you? No, it is not.

Hafiz Muhammad Saeed, the Lashkar-e-Tayiba founder (and mastermind of the 2008 Mumbai attacks) added to the hullabaloo by asserting that the next war between India and Pakistan would be fought over water. Saeed called on the people of Pakistan to stand united against India.

Does the terrorist leader know that since 1960 the Indus Water Treaty has been able to legally deal with all water issues facing India and Pakistan? The ‘water war’ gimmick was probably orchestrated by the Army, which has always found that the best way to keep Pakistan ‘together’ was to point a finger at the ‘eternal’ enemy, India. 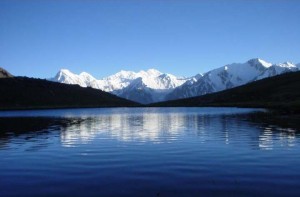 Fortunately, everything finally ended well. Pakistan Foreign Minister Shah Mahmood Quereshi declared a few days later that “the Pakistani authorities have a tendency to ‘pass the buck’ and exaggerate differences with India over the sharing of river waters though mismanagement within the country is resulting in the loss of 34 million acre feet of water.”

New Delhi could sigh in relief; India had not committed any crime (for this time at least).

All this frenzy may have been laughable but for a new element coming into play which may turn this dramatic scenario real. It is called Climate Change. The relations between the two neighbours may then become truly tense as the water scarcity will be real. It does not augur well for the future of the subcontinent.

Many defense strategists will laugh when they will hear in vogue expression ‘climate change’ associated with military affairs, but they will perhaps think twice when they realize that even the very serious Quadrennial Defense Review Report (QDR) of the US Department of Defence3 has consecrated several pages to the subject in its last issue4.