“Reviewing the Activities UNRWA”: Palestine Refugees and the Conquest for Peace

“As a major recipient of U.S. tax dollars, UNRWA must take more robust measures to ensure its facilities are not being used to facilitate terrorism,” – US Representative Doug Collins 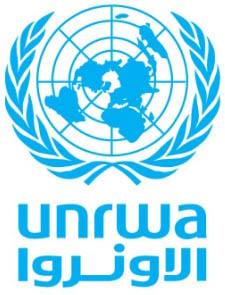 Within UN, United Nations Security Council and the UN Relief and Works Agency for Palestine Refugees in the Near East (UNRWA) are one of the most controversial bodies. Created under the General Assembly resolution 302 from its fourth session, UNRWA formally began its operations on May 1st, 1950. Since its formation, UNRWA’s mandate has received numerous criticism globally especially on the fact that it remains “temporary” UN body, and the organization short-sightedness. Criticism of the UNRWA comes with many questioning its political and security developments within Palestinian territories in the West Bank and the Gaza Strip followed by issues with respect to Palestinian refugee camps throughout the modern Middle East. It is very much important for policy makers to analyse the activities of UNRWA and make it an efficient agency with a strong mandate, led by trained officers of the UN.

The creation of Israel in the early 1940swas followed by an exodus of approximately 750,000 Palestinian refugees and the then General Assembly quickly adopted the concept of the “right to return” for these Palestinian refugees; then the State of Israel and its allies repeatedly protested against this decision and interpretations of the “right to return.”The International Crisis group bluntly stated that “this, of course, flatly contradicts the Israeli position since Israel will not grant each refugee ‘the option to choose where they wish to settle’ for a variety of reasons, particularly that it would upend the country’s demographics by diluting the Jewish majority”. In this, Israel enjoys the support of the US and Europe.

UNRWA was established through the General Assembly resolution 302 (A/RES/302 (IV)) in December 1949 to “carry out in collaboration with local governments … direct relief and works programmes” and “to consult with interested Near Eastern governments concerning measures to be taken by them preparatory to the time when international assistance for relief and works projects is no longer available….”Today, UNRWA work primarily consists of “a service provider to Palestinian refugees, though it neither represents them officially nor administers refugee camps.”

Lance Bartholomeus, Chief of the International Law Division for UNRWA, asserts that “while UNRWA’s mandate permits it to perform an incidental role, other entities have a central role in the resolution of the Palestine refugee issue, notably the UN Conciliation Commission for Palestine (UNCCP), the Security Council, the Secretary-General, UNSCO [Office of the United Nations Special Coordinator for the Middle East Peace Process], the General Assembly, and the Palestine Liberation Organization.”It is important for policy makers to ensure a successful and peaceful long term resolution of the Palestinian refugee situation which is not only vital for citizens living in the Middle East but also important to maintain global peace, UNRWA mandate proves ineffective in resolving Palestinian refugee situation.

Today, UNRWA works on wide activities including education, health services, relief and social services, microfinance, infrastructure and camp improvement, and emergency response assistance; there actions have directly affected over 5 million people in Jordan, Lebanon, Syria, the West Bank and the Gaza Strip. The continued instability and tensions in Israel and the Occupied Territories followed by the “un-ending” horrors in Syria, it is time for policy makers to strengthen UNRWA. “Palestine refugees have been severely and disproportionately affected by the crisis in Syria, with over 60 per cent of the registered population of 540,000 displaced by the armed conflict.” Wide functions of UNRWA have enhanced progress on the areas around Gaza Strip to the extent that people leaving the area have been reduced. “It is Gaza’s second largest employer and has remained as governments and occupations have come and gone for more than 60 years.”However, most of the actions by the UNRWA are vital for international community, the agency has been widely criticised for giving assistance to militant groups such as Hamas by the Israeli authorities and that of the US.

In the years 2009 and 2014, schools built by UNRWA in the Gaza Strip were hit by explosive shells leaving Israel and Hamas blaming each other for the deaths, injuries and destruction which came with these strikes. In July 2014, when the armed conflict between Israel and Hamas was in its heights, 16 Gazans who took shelter an UNRWA school were killed after explosives hit the school before civilians were evacuated. On numerous accounts Israel has accused UNRWA for storing weapons caches in schools and that and that Israeli security forces have warned personnel to prevent Hamas from stockpiling rockets and other weapons inside UNRWA schools. UNRWA too on numerous occasions openly and bluntly dismissed these accusations and have requested nations to put an end to this practice, as it placed civilians and UNRWA staff at an abominable risk. UNRWA reassessed the damage during the July 2014 attacks and stated that the “damage to refugee homes and shelters is twice its original estimate.”

With such serious accusations and complaints lodged against UNRWA, it is not surprising that UNRWA frequently releases its press briefs condemning these practises and denying all “theories” linking the agency to Hamas. It is important for policy makers to address these complaints and accusations seriously in order to maintain a neutral status of popular and important agency such as that of UNRWA while keeping a close eye on its partners in developments during conflict, losing the trust of the people, will make situation even more fragile.

The picture further becomes complicated when nations question the UNRWA’s mandate, as stated the fact that Palestinian refugees who receive assistance from UNRWA do not come under the domain of the UN’s Office of the High Commissioner for Refugees (UNHCR). “The 1951 Convention relating to the Status of Refugees and the 1967 Protocol thereto exclude Palestine refugees as long as they receive assistance from UNRWA.” The UNHCR assists Palestinian refugees outside the boundaries where UNRWA specifically works, namely the Occupied Territories, Jordan, Lebanon, and Syria.

Identifying the Stakeholders – Who should UNRWA Assist?

The differences between Palestinians, the Arab and most of the developing communities, and Israel and its Western allies pose a great concern towards the defining the Palestinian refugee who is eligible for UNRWA’s assistance. Sitting on this particular agenda, the International Crisis Group (ICG) stated that “on account of inconsistent criteria and incomplete data, it is hard to precisely assess the number and location of Palestinian refugees.”This issue still remains in accounting for, as the prescribed definition has inconsistencies. Issues such as these will continue to fuel further tensions between UNRWA, its supporters, and its critics and thus needs an urgent solution.

While discussing the statutes of Palestinian refugees, the International Crisis group stated that “the standard definition, applied by the UN, considers those displaced in 1948, as well as the descendants of male refugees, to be refugees.”Many Israelis disagree with this definition, arguing that “today, the vast majority of those classified by UNRWA as Palestinian refugees are in fact descendants of refugees, not persons who were ever refugees themselves. These are grandchildren and great-grandchildren born in Jordan, the West Bank, Gaza, Lebanon, Syria, and elsewhere—not in pre-1948 Palestine.”

The violence which brought death and destruction in the 1967 and 1973 Arab-Israeli Wars, along with the contemporary conflicts, including 2006, 2009, and 2014 followed by the Syrian civil war, have propelled phenomenal growth in the numbers of Palestinian refugees in the Near East. With these numbers now reaching to5 million Palestinian refugees (and rising), in the Occupied Territories, Jordan, Lebanon, and Syria, it is very much a fact that UNRWA services will be required, more perhaps, especially when the progress towards finding a long term solution of the Israeli-Palestinian situation has been stalled or we would say possibly reversed with the current situation at hand.

Controversies around the UNRWA’s mandate, operations and staffing still pose a threat towards Palestinian refugees, interested states, and the international community as a whole. Now it is in the hands of policy makers to take this opportunity and directly address these controversies and channel the continuing efforts to bring peace and tranquillity in the region and further implementing solutions to improve the overall efficacy of UNRWA.