With the drawdown of numbers of operational squadrons likely to continue till at least 2025, it is imperative that those in the cockpits of a force with reduced numbers of platforms have the best quality of training on the best equipment that the service can afford. The IAF’s reputation of being in the forefront of military flying training in this part of the world is history now. Five years ago, the debacle of being forced to approach outside entities, possibly foreign agencies, to impart basic flying training for want of a basic trainer aircraft in the inventory, was narrowly averted. The phasing out of the Kiran is not as unexpected as was that of the premature grounding of the HPT 32. As of now, there is no replacement in sight.

“Their drills were bloodless battles and their battles, bloody drills.” – an aphorism about the Roman Legions attributed to Titus Flavius Josephus, first century AD, Romano-Jewish historian and scholar.

Training to acquire proficiency and thereafter, to maintain it, is a major differentiator between a mob and a military force. This has been true since ancient times. Modern weapons have made the aspect of training more important as the complexity of weaponry has increased at a rapid pace with advances in technology. Among the branches of the military, aviation demands the maximum amount of and certainly the most expensive training both to attain the required motor and situational awareness skills and to maintain as well as enhance these skills thereafter. Even as unmanned aircraft enter the arena, the skill levels required to field them effectively, demand high levels of training.

Good training is a force multiplier and has often enabled numerically inferior forces and those with less advanced weapons, to get the better of bigger and more lavishly equipped adversaries in combat. The quality of training depends a lot on the suitability and quality of the equipment used for imparting training. Nowhere is the quality of the equipment more critical than in the training of personnel to operate manned aircraft. Flying training is a lengthy process and it takes over five years to train a pilot from the ab initio stage to fully operational status in a front line squadron. Even with all the advances in the field of Unmanned Aerial Vehicles (UAVs), the bulk of military air operations will continue to be undertaken by manned aircraft at least for the next three decades. UAVs will require a certain degree of human intervention especially in decision-making aspects for quite some time to come and therefore personnel will have to be trained extensively for UAV operations.

Political and bureaucratic decision makers who exercise ultimate control over the equipment procurement processes of military forces, at least in democratic countries ruled by elected civilian leaders, need to be convinced that if a modern Air Force is required to operate state-of-the-art manned aircraft to their full potential, it has to have premium trainer aircraft to train the crew who are to fly these aircraft. Some commanders are also guilty of neglecting this aspect when faced with limited funds. The tendency has been to prefer operational aircraft modernisation and worry about modern trainers later. This is because training is not as glamorous or tangible as putting the latest weaponry in the shop window. The net result has been that problems related to training and training equipment have been allowed to grow to become crises because they were not tackled in time.

The pattern of training in the IAF was formalised during World War Two. Basic or Stage I training was conducted on a biplane type, the Tiger Moth. Intermediate or Stage Two training was on a more advanced type, the North American Harvard IVD/Texan T6G. Thereafter, pilots went on to aircraft used in operational squadrons where they were given training on the operational type in use and usually learned on-the-job in combat.

The IAF had followed a three-stage training pattern post World War II with Stage I on the Tiger Moth, replaced by the Prentice and then by the Hindustan Trainer 2 (HT 2). Stage II training continued on the Harvard IVD/T6G. Trainees were bifurcated into fighter and transports streams. The fighter stream training in Stage III or Advanced Stage training was conducted on the Spitfire/Tempest and once the IAF acquired jets, on the Vampire. Transport pilots flew the C-47 Dakota. Once helicopters came into the force, a helicopter stream was added with training conducted on the Bell 47G light utility helicopter. The Harvard IVD/T6G was in service with the IAF for over 30 years and was a prime example of a reliable, docile and ideal trainer with no handling vices. An Applied Stage of training for the fighter stream was introduced on the Vampire in designated Training Squadrons and subsequently on the Hunter in an Operational Conversion Unit.

The HT 2 was used for Stage I training till the early 1990s and withdrawn from service after two fatal accidents caused by structural failure and involving experienced instructors. The replacement was the Hindustan Piston Trainer 32 (HPT 32). The Hindustan jet Trainer 16 (HJT 16) Kiran and subsequently the Kiran Mk 1A, replaced the Harvard IVD/T6G in the mid 1970s, and the Vampire was replaced by the Kiran Mk 1A and 2 and the Iskra TS 11. The latter was used till around 2004. Pilots in the fighter stream who flew the Kiran/Iskra went on to fly the Hunter during the Applied Stage training before being sent to fighter squadrons. By the end of the 1980s, the Hunter was phased out and there was no option but to send trainee fighter pilots directly from the Kiran/ Iskra to the MiG 21.

A Flight Safety Committee headed by then Air Marshal D.A La Fontaine (later Chief of the Air Staff), constituted in 1984 to look into problems of increasing accident rate, had concluded that the gap in performance between the Kiran/Iskra class of jet trainers and the MiG 21/Su 7 class of supersonic fighters, was too big. An Advanced Jet Trainer (AJT) was required to bridge this gap. The IAF began looking at the Hawk and Alpha Jet class of aircraft as an AJT in the mid 1980s. Wishes became reality only in 2008 with the BAe Hawk 132 entering service 24 years after the La Fontaine Committee had established the necessity of having an AJT. This delay led to degradation of training standards and resulted in avoidable pilot error accidents. It seems to have also set a record for procrastination in procurement of critically needed aircraft. The induction of the Hawk has at last made the quality of the Advanced stage of flying training worthy of a modern air force but the delay of more than two decades, has cost the IAF dearly.

Meanwhile, the HPT 32 developed a problem of interruption of fuel feed to the engine, which surfaced in the early 1990s. The problem should have been solved by engineers in a country that has the expertise to design and fabricate spacecraft engines; but between the Original Equipment Manufacturer and the IAF as the operator, no solution was found. Poor crash worthiness during forced landings on unprepared surfaces coupled with unreliable engine operation caused numerous fatal accidents and the aircraft was prematurely withdrawn from service in 2009. There was no backup plan to cater for this eventuality. This was a classic case of sitting on a problem till it became a crisis. Flying training was disrupted. The Kiran was tasked with Stage I training, which had been tried earlier for some time in the 1970s and was not an good option both from the quality of training and cost effectiveness points of view. Finally the turboprop Pilatus PC 7 Mk 2 was selected for Stage I training and was inducted at a rapid rate starting in 2013 and the faltering flying training programme revived. This was certainly a vast improvement on the AJT induction timeframe.

The adverse impact of using the Kiran as a substitute for the HPT 32 till the PC 7 could be made available in required numbers was that the hours available to the fleet for Stage II training were reduced and the service life of the aircraft shortened, again with no replacement in sight. The Kiran is now at the end of its service life. The IAF is at the threshold of another crisis with no intermediate stage trainer available except for test flying.

As far as transport training was concerned, the C-47 Dakota gave way to the HS-748. Subsequently, the Dornier 228 was also inducted. The HS-748 was replaced by the AN-32. None of these are dedicated trainer aircraft. Helicopter training was taken over by the Chetak from the Bell 47G in the 1970s. The Chetak and the Cheetah are long overdue for replacement in the training as well as the Light Utility Helicopter roles in which they continue to be used by all three services for want of a replacement.

To summarise, the present flying training system has flying training starting on the Pilatus PC 7 Mk 2 in Stage I followed by the Kiran in Stage II and then the Hawk/Dornier/AN 32/Chetak for Stage III training. Thereafter, pilots are routed to operational squadrons. The transport trainers could possibly continue for some more time with upgrades. The helicopter trainers are fast becoming safety hazards and overdue for replacement. There is a possibility of a large scale induction of a Light Utility Helicopter soon which would also take on the training role. 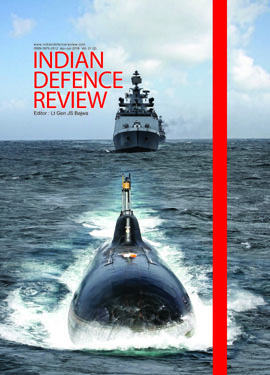 The step from the modern PC 7 Mk 2 to the Kiran is a regression of 20 years plus in time and one generation in technology. The IAF seems to be the only air force following this weird pattern as it has no choice as of now. The good news is that at least basic training for all streams and advanced training for the fighter stream are on modern trainers.