The movement for Pakistan, as envisaged by its chief promoter Mohammed Ali Jinnah, was not intended to produce a religion dominated theocratic state. No doubt he engaged in communal tactics and successfully executed a spurious doctrine, the two nation theory, to reach his goal of Pakistan, but the founders of the movement had planned for a state basically as a homeland for Muslims which would govern itself following the British traditions of liberalism and secularism.

However the state soon turned Islamic, drove out most of its minorities, emasculated practically all traditions of liberalism and tolerance, spawned a breed of Sharia demanding clerics, slyly using terrorism as a tool of policy to pursue what it perceives as its national interests, and today is poised on the brink of uncertainty of what the future holds for it. Its conversion into hard core Islamic society, gradually embracing Islamization and Jehadi fundamentalism, another name for Talibanisation, takes it miles away from whatever dreams Jinnah might have had about the state he struggled so hard to establish.

An interesting question to examine would be: was this end product fundamentally inevitable. In other words once Pakistan was created was it in its destiny to be driven to this state?

There are people in Pakistan who think that Pakistan started incubating a millennium ago when the first Muslim stepped on the soil of the subcontinent. Such a perception implied a belief that once introduced Islam developed roots and quickly spread out. Such a view would have us believe that the Pakistan movement was not an avoidable phenomenon and that Islam was ultimately to become its raison-de-etre. In fact people like Osama-bin-Laden do not hide their conviction that at the end of another millennium Islam would be becoming the raison-de-etre of the entire world.

A look at the historical evolution of Islam worldwide provides indicators how it was to grow in Pakistan. Starting from a small enclave in Medina in the 7th century, Islam over the next 13 centuries, spread like a whirlwind, overpowering boundaries, borders, frontiers, countries, peoples, civilizations, religions and traditions. Much of the advance took place under the shadow of the sword. Rulers and clerics, not sanctioned under the original scriptures, took roots later, mutually assisted each other, promoting favored brands.

Many schools of thought and jurisprudence erupted, sometimes tragically in confliction to one another. But this did not come in the way of the growing sweeps of Islam. The power of faith has carried Islam down to every nook and corner of the globe.

Islam wants unreservedly the rule of Sharia everywhere. Democracy has not, therefore, found a hospitable home in Pakistan.

Today every sixth human being in the world is a Muslim. Islam remains the fastest growing religion in the world. However, the concept of Ummah, a novelty introduced by Islam, could not ensure unity within the length and breadth of Islam. Unity remained susceptible to powerful influences, generated by ethnic, linguistic or regional forces. Within the Islamic world questions of identity have been settled more by such forces than the religion itself.

Islamization of Pakistan, therefore, fulfilled the inherent tendencies contained in Islam. Emergence of Islam as the dominant ideological factor was predestined in Pakistan. Basically, democracy as developed in the West by the liberating influences of renaissance and reformation in Europe, and Islam with its centrifugal and converging influences, are concepts largely antithetical to each other. Islam wants unreservedly the rule of Sharia everywhere. Democracy has not, therefore, found a hospitable home in Pakistan.

Emergence or re-emergence of democracy in Pakistan depended upon the influence the Mullah class could bring to play on the civil or military rulers, directly or from behind the scenes. Nearly always the rulers capitulated to the Mullahs to stay in power. 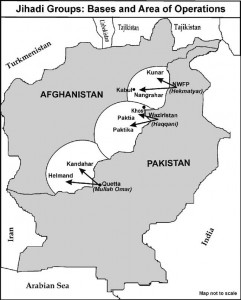 Each capitulation strengthened the thread of Islamization. The story of capitulations begins with the Sandhurst trained whiskey guzzling Gen. Ayub Khan, Pakistan’s first military dictator; who established the Council of Islamic ideology, to check whether the systems in Pakistan conformed to the precepts of Islam. The left leaning self proclaimed socialist, Zulfiqar Ali Bhutto, who came to the helm in Pakistan after an ignominious exit of Ayub’s successor Gen Yahya Khan, following the Bangladesh debacle, moved Pakistan many notches towards an Islamic polity. He succumbed to pressure for declaring the Ahmedia community non Muslims and accepting the demands of the Nizam-e-Mustapha movement. Gen Zia-ul-Haq who deposed Bhutto and usurped power in Pakistan acted like a Mullah in a general’s uniform and gave an Islamic orientation to a wide spectrum of administration including the armed forces to get the clergy on his side in political battles with the opposition.The democratically elected Nawaz Sharif gave in to the obscurantist demand for capital punishment for violation of blasphemy laws. He also had the Shariat bill for uniform application of Shariat in Pakistan passed by the lower house of Parliament but was unable to muster majority for its passage through the upper house. More recently, the left oriented provincial ANP govt. of NWFP, now rechristened Khyber-Pakhtunkhwah, and so called liberal PPP members of the Parliament joined together to permit Sharia in Swat and Malakand to appease the rabid forces demanding such application there.
1 2 3
Single Page Format
Rate this Article