NSG and India – Ease or Unease 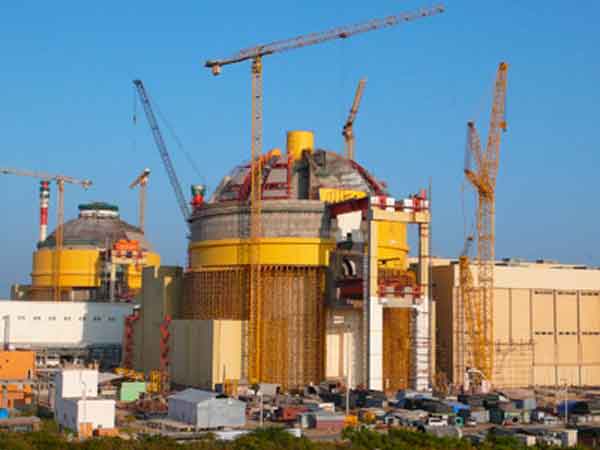 There is palpable excitement in the air in the Prime Minister’s Office (PMO) and within the strategic community. The reason is not too difficult to guess. The PM has once again been on a whirlwind tour abroad, starting with Afghanistan and terminating in Mexico, covering Qatar, Switzerland, and USA in between. The six days, not counting the different time zones, witnessed close to 50 business meetings, not counting the gatherings with the Indian diaspora in the various cities that he visited. The main agenda in Switzerland, USA, and Mexico, apart from inviting the businesses of these countries to invest in India, was to garner support for the membership of India to the Nuclear Suppliers Group (NSG).

An inclusion into this group would give India a place at the high table where the rules of nuclear commerce are decided and, eventually, the ability to sell equipment.

While the Indian candidature for the membership of the NSG gained support in Switzerland, USA, and Mexico, a major win for India was the clearance for the membership by the members of the Missile Technology Control Regime (MTCR), another key anti- proliferation group. A deadline for members of the 34-nation group to object to India’s admission expired on Monday, 06 June, without any raising objections. Under this ‘silent procedure’, India’s admission followed automatically. India’s entry into the MTCR was announced on Tuesday, 07 June in a joint statement after meetings between the Indian PM and the US President. The formal announcement of India’s membership would, however, be made whenever the next MTCR Plenary meeting takes place, the last one was held in Rotterdam in October 2015.

Established in April 1987, it is a voluntary association of 34 countries, and 04 ‘unilateral adherents’ that follow its rules: Israel, Romania, Slovakia, and Macedonia. The group aims to slow the spread of missiles and other unmanned delivery technology, which could deliver weapons of mass destruction (WMD). The regime urges its members, which include most of the world’s major missile manufacturers, to restrict export of missiles and related technologies capable of carrying a 500 kg payload at least 300 km, or delivering any WMD; non-recognised nuclear states, which include India and China, cannot possess such delivery systems. Now that India will be a member of the MTCR, it can legally export Indian products, such as the Brahmos missile, to countries that may be interested, such as Vietnam. In addition, India hopes its MTCR membership will be one more reason for the US to consider exporting Category-1 UAVs, Reaper, and Global Hawk, which have been employed in counter-terrorism efforts in Afghanistan, Pakistan, Somalia, and Yemen.

Being a member, would help India to expand its civil nuclear sector, and be able to shape rules of international nuclear trade.

The membership of the NSG, however, is giving sleepless nights to India. The group was formed following India’s 1974 nuclear tests, when USA pushed for setting up a ‘club’ of nuclear equipment and fissile material suppliers. The 48-nation group frames and implements agreed rules for exporting nuclear equipment, with a view to controlling the spread of nuclear weapons and technology; members are admitted only by consensus. India has been trying since 2008 to join the group, though the formal application was made only in May this year. An inclusion into this group would give India a place at the high table where the rules of nuclear commerce are decided and, eventually, the ability to sell equipment. Many countries that initially opposed its entry, like Australia, changed stand after the US-India Nuclear Agreement and hectic diplomatic parleys; Mexico and Switzerland are the latest to voice support; Austria, New Zealand, Turkey, and South Africa are the other nations that continue to oppose India’s membership, though their stance appears to be weakening.  India’s effort has been to chip away at the resistance, leaving only one holdout, namely China. Until China accepts India’s entry, there is no hope of membership.

A question that arises is why is it so important for India to gain entry into the NSG? A member nation of NSG is permitted to trade in nuclear technology and equipment; India too wishes to become a nuclear supplier. Being a member, would help India to expand its civil nuclear sector, and be able to shape rules of international nuclear trade. While India received a waiver in 2008, to conduct nuclear trade, it now wishes to legitimise its role by entering the elite group, in pursuance of its aspirations of being counted in the ‘major league’.

Norm-based entry would help Pakistan gain entry, something that many in the NSG are uncomfortable with, because of the country’s proliferation record of supplying nuclear-weapons technology to Iran, Libya, and North Korea.

The Nuclear non-Proliferation Treaty (NPT) defines a ‘nuclear weapons state’ as one that tested a device prior to January 01, 1967, a condition, which permanently bars India from being one. Another stringent condition of the NPT is that only the ‘big-5’, USA, UK, France, Russia, and China, can possess nuclear weapons. India, like Israel and Pakistan, thus refused to sign the treaty. Opposing the Indian entry into NSG is China, which has laid a condition that NSG membership should be norm-based; in other words, whatever rules are being circumvented for the Indian entry, should apply to others too. Norm-based entry would help Pakistan gain entry, something that many in the NSG are uncomfortable with, because of the country’s proliferation record of supplying nuclear-weapons technology to Iran, Libya, and North Korea. The rules of the NSG state that for a new membership, all members must unanimously approve of it; this is the main hurdle.

India is sparing no effort to win over China’s support for its NSG membership. It does not want to show this as a Sino-Indian tussle, as it is not in India’s interest. As China’s support is imperative, the whole process is with an approach of engagement, rather than confrontation. As a beginning, there was no mention of the South China Sea in the joint statement issued on conclusion of the US visit. The PM will make an extra effort in his meeting with the Chinese President, when they meet at the Shanghai Cooperation Organisation (SCO) Summit in Tashkent on 23-24June; incidentally, the dates coincide with the plenary session of the NSG in Seoul to decide India’s fate. One needs to remember that China had tried to block India’s membership to the SCO too, unless Pakistan was also admitted. India has also announced visa concessions for Chinese visitors, fast-track clearances for two Chinese industrial parks, and permission for sailors to proceed on offshore leave.

The key Vienna meeting of the NSG, on 09 June, to decide on the agenda for the Seoul meeting, had China publicly taking a hard line against India’s application. While the fence-sitters did not show strong reservations against India’s impeccable non-proliferation record, they did display discomfort in granting any concessions linked with India’s membership.

A key diplomatic initiative for India would be to convince China, and make it change its mindset, of the benefits that can accrue from enhanced Sino-Indian economic cooperation, given the size of the Indian market.

China does not like to lose face in international forums and as it did in 2008, it may wait until the last moment and withdraw its objections, should it find itself, once again, isolated.

The Chinese official media in a report on 14 June has, however, for the first time, placed on record its doubts on the ongoing case. As per the Chinese media, the membership for India may trigger a nuclear arms race in South Asia (read Pakistan), leading to instability in the region, and will place China’s interests at risk.

Notwithstanding the hectic diplomatic initiatives and overtures, not just to woo China, but the other sceptic nations too, and the limited time available, the road to NSG appears yet not cleared of hurdles. The Indian foreign secretary is, however, optimistic of the results. If India can convince the sceptics, Turkey, New Zealand, South Africa and the others, China would stand isolated. China had similarly objected to the waivers granted to India in 2008, prior to the India-US Civil Nuclear Agreement, but withdrew its objections just a day before, when all seemed to be in favour. China does not like to lose face in international forums and as it did in 2008, it may wait until the last moment and withdraw its objections, should it find itself, once again, isolated.

For such an eventuality to occur, it is ‘work-in-progress’ for India until 23-24 June!

3 thoughts on “NSG and India – Ease or Unease”