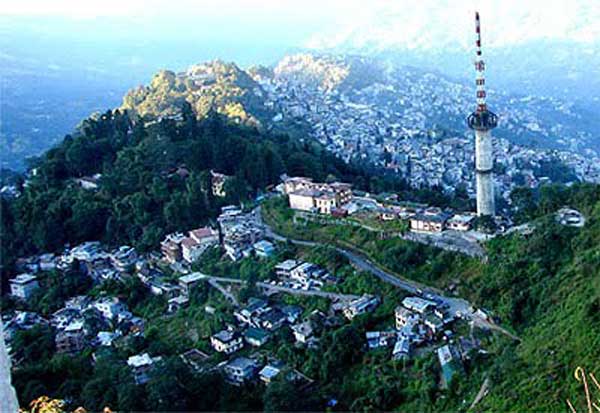 The North East Region offers all strategic imperatives to India that Alaska offers to the US. It is a land bridge joining the two ends of Asia, the East with the West and a gateway to ASEAN. It gives India reach and depth to project power as well as access to resource-rich South East Asia. It has land borders with four nations which are resource rich and hungry for infrastructure development. The markets of these nations are capable of absorbing huge consumer goods, heavy machinery, food, automobile, medicines, services, education, infrastructure development in the social sector and even tourism.

“The Mandate of Heaven postulates that heaven would bless the authority of a just ruler, but would be displeased with a despotic ruler and would withdraw its mandate. The authority or a king loses the right to rule if divine legitimacy is lost.” —Duke of Zhou

The North East Region (NER) is a land of opportunities, with huge potential for growth and development…

In 1935, Billy Mitchell had said, “Whoever holds Alaska will hold the world. I think it is the most important strategic place in the world.” He pleaded with the US Congress that Alaska is strategically the most important place on the Earth; it is an unsinkable aircraft carrier linking two oceans, Alaska sits atop the polar axis of three continents.1 The importance of Alaska was realised almost two decades later, but by then Billy had died. Billy’s vision was not telepathy, but a roadmap to unravel the future trajectory of US Power. His assertions about Alaska were based on “geographical logic” and it would have been a costly mistake and an irreparable damage had US not realised it later. Today, Alaska is strategically and economically the most significant piece of land.

The North East Region offers all strategic imperatives to India that Alaska offers to the US. It is a land bridge joining the two ends of Asia, the East with the West and a gateway to ASEAN. It gives India reach and depth to project power as well as access to resource-rich South East Asia. It has land borders with four nations which are resource rich and hungry for infrastructure development. The markets of these nations are capable of absorbing huge consumer goods, heavy machinery, food, automobile, medicines, services, education, infrastructure development in the social sector and even tourism.

More than 90 per cent of the area is bordered by five countries including Bangladesh, Bhutan, Burma, China and Nepal. There are seven federal states in the North East, and the number of autonomous territories,2 which is integrated by geography in the unique shape of a hand, the Brahmaputra valley is the middle of the palm that balances the seven states just as a hand provides balance to its fingers. It is an integral part of India albeit fragmented and unstable. One of the Naga tribal leaders told the author, “The past does not make us privileged, the present does not inspire us and future doesn’t give us hope.” The statement is an expression of helplessness and uncertain future of the generation next. India is sitting on unexplored gold mine and if the wisdom of converting it into India’s Alaska does not dawn now, well, a great opportunity will be lost and it will be injustice to the people of North East and South Asia.

North East – The Alaska of India

The North East Region (NER) is a land of opportunities, with huge potential for growth and development. At the time of independence, Brahmaputra Valley was much more prosperous, per capita income in the undivided State of Assam which comprised most of what is India’s North East today3 was higher than the national average by almost four per cent. Thus, even under the British colonial rule, the economic performance of the region was better than the rest of the country. Clearly, this region has vast developmental potential.

Demography. Close to 70 per cent of the population lives in the Assam/Brahmaputra Valley and the balance 30 per cent in the rest of the six states. The region has over 160 scheduled tribes and over 400 other tribal and sub-tribal communities. It is predominantly rural with over 84 per cent of the population living in the countryside. This is a strength and an indicator that rural North East has huge potential to support large populations, even without development.

Land Bridge to ASEAN and Passage to Prosperity. The NER is a land bridge to ASEAN and South East Asia, it lies in the flight path of the Asian Highway and an alternative modern silk route. The North East gives India access to oil and a resource-rich region of South Asia and its consumer markets. It gives India access to the soft underbelly of China and an opportunity to reverse military and cultural threat. It is in close proximity to Myanmar that has estimated hydrocarbon reserves of 2.5 Trillion Cubic Metres (TCM) of natural gas and 3.5 billion barrels of crude oil.4 China has already commenced import of 12 million tonnes of crude oil per year and 12 BCM of natural gas, whereas India is yet to finalise the mode of transhipment. Bangladesh, another neighbour has identified gas reserves of 20 TCF. However estimates are that ultimate recoverable resources could be as high as 50 TCF or even 100 TCF. Logically thinking, carbon energy reserves in Bangladesh and Myanmar should have been the captive reserves of India, but regrettably, India is moving at a very slow pace in securing the energy resources from her immediate neighbourhood.

Hydro Power Potential. Professor Pranab Das in his report, “North–East, ‘The Power House of India’: Prospect and Problems” estimated that North Eastern States including Sikkim have the potential of 84,000 MW of hydro power which is about 43 per cent of the total hydro power generation capacity in the country. Conversely, only five per cent of its potential has been harnessed so far. The annual per capita consumption in the region is 119 KiloWatt/hour, whereas the national average is 390 KiloWatt/hour.5 In spite of the huge potential of the availability of electricity, the consumption continues to remain low.

Virgin Land. The NER is virgin land with economic potential and surplus resources for supporting up to ten per cent of the national population. It gives India access to link the East with the West by land.

The Geological Survey of India (GSI) and Geochemical Mapping (GCM) have carried out assessments of availability of metallic and non-metallic minerals in the NER. The study has revealed that the NER is resource rich with one of the largest reserves of oil and gas in the country, uranium, coal, chromite, lignite, potential deposits of Platinum Group of Elements (PGE), quartzite deposits, granite, limestone and vast sources of renewable energy.

However, except in Assam, the exploitation and extraction of natural resources have not been commenced in an earnest manner. There is a trust deficit and the tribals are weary of the benefits going elsewhere. To reverse this trend and bring credibility to the government’s intent, mining should be done with the preconditions that the bulk of the share of profit will be invested in the NER to improve infrastructure and economically empower the locals by creating jobs, enhancing communication systems, developing infrastructure and creating wealth.

Having become the Far East of India, the North East has moved away from the heartland…

There is no end to inter and intra-state conflict. The more Delhi wants to change, more the ground situation remains the same. In this context, there is a need to ask why the North East has not made the turnaround even with so much of potential. Who is accountable and responsible for the present state of affairs? Empirical analysis suggests that a strategically important region has remained sandwiched in poverty and impoverishment due to the following reasons:-

Tyranny of Distance. Having become the Far East of India, the North East has moved away from the heartland. As a result, the people’s voices are silenced by political and bureaucratic filters before they reach Delhi. Geographical and geo-political faultlines are often breached by communication highways and education. Distances, therefore, are reduced in time and space to connect with the people. But a sluggish and status quo mindset has today allowed the North East to remain frozen in time and space. The state of connectivity is such that four out of the seven state capitals are yet to be connected by rail and national highways in many parts are not better than a single lane fair weather undulating alignment. It has the lowest road and railway density in the country. Inadequate road and rail links have made many areas inaccessible and their great potential in forest products, cash crops, hydropower, animal husbandry and tourism remain unexploited.6 The North East should have by now become the destination of education, trade and transit hub for South East Asia.

Geographical Logic. On a serious note the “Look East Policy” must be looked at from Guwahati and not from Delhi. India needs to make policy decisions to link four neighbours economically and culturally with North East India. Guwahati can be the Mumbai of the North East and the Manchester of the East. Yunnan on the other side was far remote in comparison to Bengal and Assam but today, Yunnan is the third fastest growing state in China; the sole reason for this turnaround is that it is integrated with ASEAN and some of the South Asian Nations by communication highways and economies. The GDP of Yunnan is much higher than the GDP of some of its neighbours. This could be achieved since Beijing looks at the economic opportunities in South East Asia and ASEAN from Kunming and not from Beijing.

Struggle to Remain Exclusive. There is a motivated attempt to create a perception that all major tribes and ethnic communities are exclusive and tribal/sub-tribal patriotism takes precedence over state nationalism. Every tribe/ethnic diaspora considers itself to be exclusive and has a separate identity. This is a hurdle for integration of ethnic tribes into state subjects.

5 thoughts on “North East Region: The Alaska of India”