Naval Chief proving too tough on the Babus? 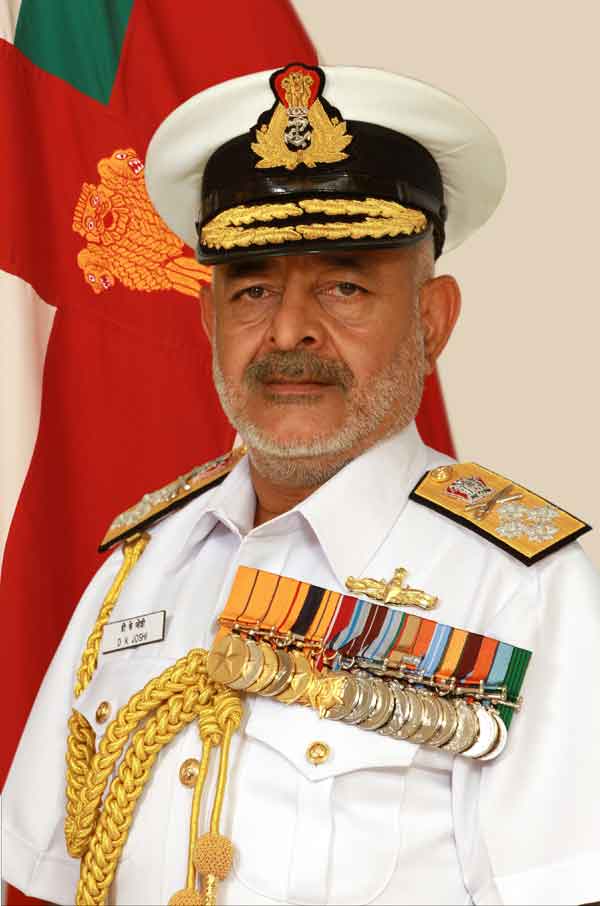 The resignation of the Chief Of The Naval Staff comes at a time when India has just concluded the Naval exercise Millan in the Bay of Bengal recently on Feb 10 this year, showcasing to the international community our world class Navy.

Admiral Joshi resigned on Wednesday taking full moral responsibility of the accidents that have rocked the organization in past six months, the latest being an accident on INS Sinduratna in which two Naval officer went missing and seven sailors seriously injured which was on the Sea trials in the Arabian sea on Wednesday the Feb 26 after re-fitment at Mazgaon Dock Limited.

Sources from the Navy disclosed that there was a buzz for over ten day that something was brewing up against the Naval Chief as he was proving too tough for the Babus of the MoD to handle.

It just happened that this tragic accident occurred and the Chief rendered his resignation, no wonder it was promptly accepted. A morally upright officer has herby set very high standards for the existing and the future military leadership.

As soon as the news broke of the Naval Chief’s resignation, senior officials were contacted in the MoD who revealed that the Defence Minister Mr AK Anthony had tried to peruse the Admiral to withdraw his resignation but failed to convince Admiral Joshi.

The events dominating the headlines in past three years related to the MoD vs  Military raises a serious doubt if the things are all in order or there is far more then what meets the eye.

While the former Defence Secretary was busy concocting false story in collaboration with leading national English daily on an imagined military coup, the issue of modernization and capacity building has taken a back seat on the agenda.

The weak political leadership it appears has been over shadowed by the babus of the MoD as it appears.

It has emerged that the Naval Chief had been pressing for appropriate budgetary allocation necessary to undertake the maintenance of the ageing fleet but the MoD proved a major stumbling block to the legitimate demand.

On the contrary pressure was being built on the service for poor safety and maintenance standards.

It has come to light that it was at the behest of Secretary Defence Production that the re-fitment of INS Sinduratna was being under taken at Mazgaon Docks Limited or otherwise it would have sailed to Russia for the same.

It would be interesting to see if the Govt of India orders a probe to find out the reasons why this submarine in question not sent to Russia for re-fitment which should have been the normal course and what was the role of the Defence Ministry officials of the MoD in the whole turn of events despite requests by the Navy.

9 thoughts on “Naval Chief proving too tough on the Babus?”