Nagrota Encounter: A Critical Appraisal of Pakistan’s intent and our Response 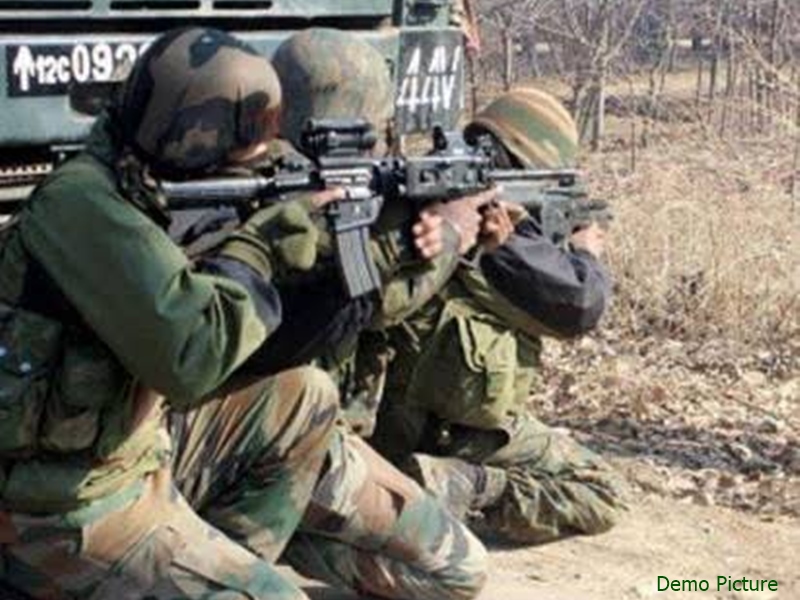 The successful encounter at Nagrota, near Jammu on NH 44, in which four heavily armed Pakistani terrorists were eliminated by the alert and diligent Indian security forces, has once again exposed the fact that the ‘Deep State’ in Pakistan continues to rule the roost with a singular agenda of ‘bleeding India with a thousand cuts’. Similar encounters had taken place on the same National Highway (NH) in the past as well. Pakistan continues to use the International Border (IB) sector as a preferred route of infiltration not only for terrorists but also for narco–terrorism as it provides the twin advantage of movement into J&K and Punjab. Also, the modus operandi adopted in most cases is near identical. After revocation of Article 370 in J&K, Pakistan’s desperation to create trouble has increased manifold. With the Indian Army adopting a very strong and nearly impenetrable counter infiltration grid on the Line of Control (LoC) and equally impregnable counter terrorism grid inside the Valley, Pakistan Army and ISI has shifted focus to the IB sector with a comparatively higher success rate.

Pakistan is going through the worst phase of its history since its creation in 1947 after a bloody partition of the Indian sub-continent based on Two-Nation theory. Ever since its formation Pakistan has suffered the dilemma of identity. The diversity in language and culture coupled with feudal society has prevented Pakistan to emerge as a single entity. Regional loyalties have surpassed the national identity leaving Pakistan Army alone as a symbol of national identity. This has been exploited by the Army to its advantage by becoming the virtual ruler. To ensure its continued hold over the nation’s defence and foreign policy, the Army has created a myth of India being an existential threat. At the same time it has promoted Kashmir as an unfinished agenda of partition and as the jugular vein of Pakistan. Despite Pakistan’s obsession for Kashmir costing it dearly both economically and strategically it refuses to relent. India continues to be an existential threat. Terrorism continues to remain an instrument of its state policy. Kashmir continues to be the raison d’être for continued supremacy of its Army.

Politically and economically Pakistan is on verge of collapse. Imran Khan Niazi is the target of a domestic rebellion against his government by the conglomeration of 11 opposition parties under the banner of Pakistan Democratic Movement (PDM). The groundswell of protests against him has shaken Imran Khan. Even his mentor and saviour Gen Bajwa, Chief of Army Staff (COAS) and his ISI chief are also not being spared by the public. Ex-PM Nawaz Sharif from exile in London has launched a frontal assault on the COAS. This has unnerved the Army as well. Army is quite conscious of its image among the people but that is gradually eroding due to involvement of senior army officers in cases of corruption and major scams. The top army leadership including retired generals own large business houses including real estate. While a common man is finding it difficult to get two square meals a day, the Army is eating up a large slice of national budget. The economy is in doldrums. Saudi Arabia, a liberal donor for Pakistan, is unhappy with Imran Khan due to his growing proximity to Turkey. Pakistan is neck deep in debt and is resorting to borrowings to service debt. Unemployment, inflation and high price rise is the common thing for ordinary Pakistanis with Imran Khan doing nothing to resolve these. His total surrender to China is also being resented by the ordinary Pakistanis. Pakistan is closest to implosion at this stage due to growing turmoil in Baluchistan, increased unrest in Khyber-Pakhtunkhwa, revolt in POJK and Gilgit Baltistan (GB) and the growing dissent in Sindh due to the ongoing protests by PDM. Attempts to integrate GB as its fifth province and holding of elections there has met with stiff opposition from the locals. The results of the elections are being contested terming them as fudged. Balawaristan Movement, an independent Gilgit-Baltistan, is gaining momentum.

With shaky and confused Imran Khan coupled with nervous Pakistan Army under tremendous pressure from China to tie down Indian Army, the time tested Pakistani formula of creating an India bogey at home has been put into practice to generate anti-India public opinion.

Repeated unprovoked ceasefire violations and attempts to push in terrorists have become a norm. Apart from attempts to distract public attention at home, these are also being used to keep Kashmir in focus of the international community as a potential flash point. Pakistan’s nuclear black mail has been exposed and is no longer being used as a threat by its leadership. It has increased its dependence on terrorist activities and the ‘Deep State’ is involved in spreading its tentacles in other parts of the country apart from Kashmir.

Though Kashmir for the time being continues to remain its main focus because of the realisation that with passing of each day peacefully Pakistan is losing its relevance in Kashmir. That was the main reason of infiltrating heavily armed group with about 750 kg of RDX to create mayhem in Kashmir on the pattern of 26/11 Mumbai attacks on the eve of the District Development Council elections being held in J&K. For Pakistan, China Factor has also become over riding. China is egging Pakistan to continue its obsession and keep the pot boiling in Kashmir. It needs hold in Gilgit-Baltistan and does not want to part with Shaksgam and Aksai Chin. Hence irrespective of the success achieved by India at Nagrota, Pakistan is not going to relent. India has to be pro-active and make the cost of such attempts as prohibitive for the ‘Deep State’.

Unfortunately, the IB sector remains our weakness which is being exploited by the enemy. Many questions need to be answered by the BSF which is responsible for guarding the IB.Why is it that the tunnels are detected only after the infiltration has taken place? Why no action is taken to pinpoint responsibility, lapses and failures and pro-active measures taken to prevent similar lapses in future? Is it lack of resources, will, professionalism or sincerity?

Government of India has spent crores of rupees to equip the BSF to stop infiltration including the Comprehensive Integrated Border Management System (CIBMS) to overcome the difficulties of terrain. Not very long ago BSF officers had displayed to the media a tractor modified for tunnel detection. There were also claims of importing tunnel detection equipment. What happened to all that and why that equipment is not being used?

BSF has been provided with seismic sensors, any underground disturbance is meant to be picked up by these detectors. Definitely, digging of 150 meter long tunnel should have been picked up by these detectors, but wasn’t. Are these sensors non-functional or they have not been sited and deployed tactically? Incidentally these tunnels serve dual-purpose and the BSF knows that apart from inducting terrorists these are also used for smuggling narcotics. These are the Highways of narco-terrorism. What was the need to make the detected tunnel public? To have done so was professional naivety!  Rather it should have been booby trapped and kept under surveillance.

We have to accept the fact that there are chinks in our armour as far as guarding the IB sector is concerned and the enemy is exploiting to his advantage. Knowing the enemy’s mind and his compulsion to keep Kashmir under turmoil, strict measures need to be taken to prevent him from treating IB sector as a preferred route for infiltration. First and foremost, the BSF needs to reconsider its pattern of deployment of ambushes at night. Apart from avoiding predictability it needs to give up the pattern of deploying in a single line without depth. For day patrolling it needs to be provided with detection equipment. A ‘no gap pattern’ deployment of CIBMS has to be ensured including liaison with neighbouring units to cover gaps.

The fact that the terrorists trekked on foot for 9 km undetected and thereafter boarded a truck on the NH and travelled up to Nagrota unchallenged is a matter of concern and exposes the gaps in the surveillance and vigilance of depth areas and NH. Armed Highway patrols have to be activated.Mobile check posts have to be established to avoid predictability. 24×7 cameras need to be installed. There is an urgent and inescapable need of full body scanners at selected places on the NH.

The fact that the move after infiltration remained undetected raises serious questions on the anti-infiltration grid on the IB. Linear deployment of the BSF behind the fence has not proved successful. The infiltrators have a cake walk after jumping the BSF nakas.

The CDS’s recent proposal to increase the age of retirement of service personnel would never have been necessary had the numerous recommendations of side-stepping trained and battle hardened retiring soldiers into the BSF, CRPF and CSIF been seriously considered and implemented by the governments over the last many decades.  However, there is still the valuable asset of ex-servicemen in these areas. Border Defence Volunteer Force to strengthen the depth area surveillance and patrolling should be raised utilising the services of ex-servicemen. They should be deployed on either side of the NH up to a depth of 5-10 km depending on the distance of IB from NH. It will strengthen the hands of the local police.

A serious review of command and control of all border guarding forces on the LAC and IB is an urgent requirement. What happened on the LAC during the ongoing standoff with PLA Army is quite fresh in our minds? To have greater coordination and effective command and control these need to be placed under Ministry of Defence and the local Army formation. The present system has been found wanting time and again. Let not this important aspect of national security become a victim of petty turf wars.

Let this encounter at Nagrota not meet the same fate like the similar encounters of the past. It should ring the warning bells of smelling the coffee and pulling up our socks. Pakistan is not going to change, we will have to change ourselves if we want to have a zero tolerance policy against terror.

3 thoughts on “Nagrota Encounter: A Critical Appraisal of Pakistan’s intent and our Response”