Lessons from the 1962 Sino-Indian War in Ladakh 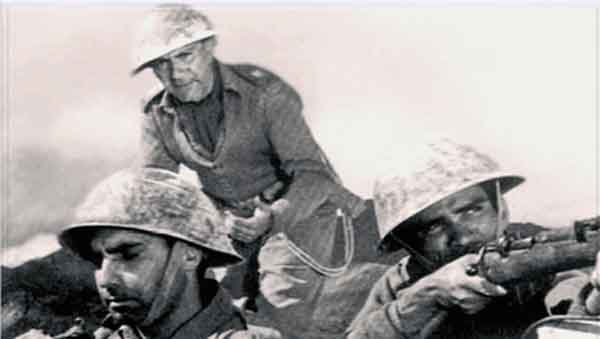 This is the third and concluding part of the Sino-Indian war, and although, it covers the wider canvas of the war, it focuses on Ladakh. The previous parts of the extracts from the book: The Crimson Chinar – The Kashmir Conflict: A Politico-Military Perspective that form this series, posted on this site before this: The Overview of the War and Occuparion of Tibet and the American Secret War are recommended to be read prior to reading this part.

…these are as relevant in the current strategic Sino-India strategic discourse, as they were in the bleak autumn of 1962.

Before coming to the lessons of the war, since, there remains a major controversy on why did India not employ Air Power in 1962, the extract of the relevant part is being covered prior to highlighting the macro lessons from the war – these are as relevant in the current strategic Sino-India strategic discourse, as they were in the bleak autumn of 1962.

The Employment of the Air Force

After the experience of the first Kashmir War and threats emanating from China, the Government of India (GOI) approved the IAF force structure for a 45 Squadron Force by the end of 1961; composed as 35 Squadrons of Combat Aircraft and 10 of Transport Aircraft.  However, by the end of 1962, the actual strength remained at 36 Squadrons, which included 10 of the Auxiliary Air Force. The delay for raising the additional 9 Squadrons was due to bureaucratic delays in making the choice. The Air Force wanted the F-104 Star fighter from the US, but this was not forthcoming due to objections from Pakistan and the only alternative was the MIG -21 from the Soviet Union. This had been contracted for, but were still not available when the war broke out. With a total of 559 fighter/bomber aircraft, the IAF of 1962 was a formidable force, especially in terms of quality as compared to the PLA Air Force (PLAAF).[1] There was also the factor of appreciating what the PLAAF could possibly throw against India and this depended on the capabilities of her aircraft and the Air Bases she had from where operations could be mounted as also the threat she anticipated from her own eastern coast. Qualitatively, the IAF had an edge as the MIG 15 and 17’s of the PLAAF were obsolete aircraft and only the MIG 19’s were comparable to the Hunters. A quantitative tabulation of fighter assets is given in Table 3-1 below.

…it seems no intelligence assessment of what the PLAAF could/would deploy against India was undertaken in any professional manner.

Eastern Sector.  Though the bulk of the Indian assets continued to be deployed against Pakistan, by 1960, the IAF had also deployed two Squadrons of Toofanis and Vampires each at Tezpur, Chabua, Jorhat and the Bagdogra Air Bases and in addition, two Squadrons of Hunters were also deployed nearby at Kalaikunda. The infrastructure was considered adequate to meet any threat in the east, and if the requirement came, additional assets could be made available from the aircraft deployed against Pakistan. On the other side, it was assessed that China would use her three airfields at Jeykundu (12,467 feet), Chamdo (10,597 feet) and Nachu (14,763 feet) in the east, though the utility of Nachu was limited due to its height. Lanchou, Zinning and Kunming were too far away from the front, hence they could not contribute directly but their use as feeder bases and for bomber and air transport roles remained significant. It can be seen from the heights of these airfields that the carrying capacity of aircraft would get affected. On the other side, the IAF had the distinct advantage of having bases at lower altitudes.

Western Sector.   The Western sector had an edge over the eastern, since relocation of aircraft by the IAF for meeting the threats was easier. The airfields that China could use were Khotan and Kashgar and both were located at heights between 4000 to 5000 feet; hence the payload factor was favourable compared to her airfields in the east. The Western Command assessment of 9 April, 1960 was that the Chinese could interfere with our own Air support operations as also carry out offensive air raids against our forward posts.[3] On the other hand, airbases like Leh, Thoise and Kargil, which were closer to Eastern Ladakh, could not support fighter operations. As a result, support had to come from the plains, restricting loiter time over the area and the striking range.

India grossly overestimated the capabilities of the PLAAF.

As tensions escalated, the Indians carried out an analysis on the capability of the PLAAF against India but unfortunately, this was based on imprecise intelligence and based on western inputs.  In the words of Air Commodore Jasjit Singh, “As regards the balance of air power, it seems no intelligence assessment of what the PLAAF could/would deploy against India was undertaken in any professional manner.”[4]He goes on to say that the assessment made was based on the aggregate ‘bean count’ without assessing the doctrine, strategy or calculation of the deployable air effort and useful payloads. It may be pertinent to point out that in 1962, the bulk of the PLAAF was deployed to meet the threat across the Taiwan Straits and therefore little effort and that too of dubious quality could have been brought to bear on India. However, to be fair, in 1962, the IAF, like the Army, had no institution where the employment of air power could be systematically analysed. The Intelligence Directorate of the Air HQ had no capabilities to assess the IB data, let alone make independent assessments. As a result, the assessment was alarmist and became one of the factors for the Indian decision to keep her fighter/bomber fleet grounded. This was to prove another monumental blunder for which India suffered.

India had failed to build up adequate ground infrastructure to counter the Chinese threat; hence, the Army was forced to depend upon Air maintenance. However, the air effort possible could only meet only half of the requirement of the Army. The Indian transport aircraft holdings[5]are given in the table, and due to the paucity, requirements of the eastern theatre were outsourced to the ‘Kalinga Airlines.’

…the final decision not to use the Air Force offensively was taken after the Chinese had started their offensive and it was a decision ‘taken under the counsel of fears.

Helicopters. The first of the Helicopter Units had been set up in 1960 and by the time of war, India had three units. The Unit for Ladakh was equipped with the versatile MI-4 transport helicopter which proved invaluable for the movement of men and supplies. In fact, the first operational move of a company in helicopters in the Indian context was carried out by this unit. The other two units were deployed in the east and the third was being raised in Tezpur as late as September 1962 and had a mix of Bell G-3 and Alouette helicopters. These helicopters proved their weight in gold not only in the war but even after it.

Ground Support.The biggest problem the Air Force faced was the absence of ground support at the various ALGs used in the Ladakh sector and absence of radars and radio links were major limiting factors. That the Air Force managed so well in Chushul, Fuchke and later in DBO was indeed commendable. The Air Force was also short of Supply Dropping Equipment which restricted forward delivery.

The controversial Indian decision not to employ the Fighter/Bomber assets of the IAF has been analysed at some length by Air Commodore Jasjit Singh.[6]The underlying reasons as given by him that contributed to the decision of not using offensive air power are summarised:

It united the country in her darkest moments and gave birth to an India who at least temporarily, developed the will and the resilience for introspection.

The apprehension that the use of offensive air power would escalate the war seems to have been the major consideration. It appears that there always remained the hope that despite the skirmishes, the conflict would still not escalate to a full blown war. As per Palit, the final decision not to use the Air Force offensively was taken after the Chinese had started their offensive and it was a decision ‘taken under the counsel of fears.[7]Since no one was willing to predict an all-out offensive, use of offensive air support was not considered seriously. The underlying consideration being that India should not precipitate the situation under all circumstances. Once the offensive started, it seems that no one had time to review/reconsider this option.[8]Even the pacing out of the offensive as two distinct phases must have added to the dilemma for the proponents wanting to avoid further escalation.