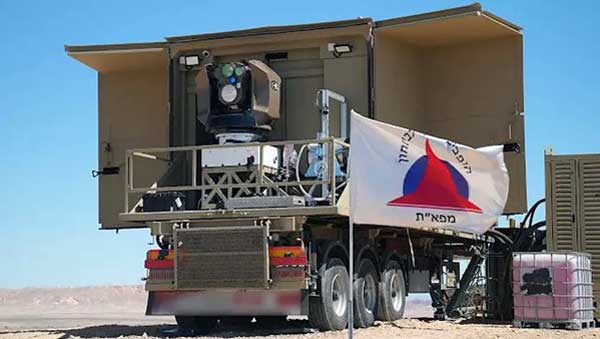 Israel recently announced the successful test of its Iron Beam laser weapon system that reportedly has the capability of intercepting rockets, mortars and anti-tank missiles. Called a game changer, it is claimed to be the world’s first energy-based missile defence system that employs a laser beam to strike down incoming attacks. It was unveiled at the Singapore Airshow on February 11, 2014 by Rafael Advanced Defense Systems with the final field tests taking place in May 2022.

Iron Beam is likely to be fielded by 2023 and will form part of Israel’s multi-layered air defence system that presently comprises of the Iron Dome, David’s Sling and Arrow systems. Even as the Iron Beam awaits full operationalisation, Russia announced that it has already deployed Zadira, an advanced laser weapons system in combat in Ukraine. In a conference aired on the state media Channel One, Yury Borisov, Russia’s deputy prime minister, said the country’s state-of-the-art laser weapon, called “Zadira,” was being used to shoot down Ukrainian drones. 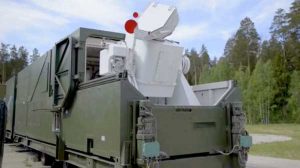 Zadira is the second Russian laser weapon system, the first being Peresvet which can be used to dazzle satellites orbiting high above Earth and prevent them from gathering information. Yury Borisov claimed that “if Peresvet blinds, then the new generation of laser weapons lead to the physical destruction of the target – thermal destruction, they burn up.” Reacting to these claims the US Department of Defense issued a statement that there was  no evidence “to corroborate reports of lasers being used” in Ukraine.

While the war of words may continue over the capabilities and fielding of Zadira there is no doubt that there is an urgent need to operationalise laser air defence weapons at the earliest to counter the emergent air threats in a more efficient manner. The need to develop laser AD systems becomes apparent when the limitations of existing AD systems are considered.

The AD weapon systems have evolved over time and are capable of taking on most of the air threats but these systems have certain inherent limitations which makes them either not capable of countering some of the threats or the engagements are not cost effective. These limitation are more obvious in case of countering the threats at the two extremes- the high speed targets (missiles and hypersonics) at one end and low-cost aerial threats like drones on the other extreme.

The limitations of majority of AD systems in countering missiles and hypersonics due to the high speed (multi-Mach speeds) and very low reaction time are well documented. The use of Scud missiles by Iraq during the Gulf War was one such example when the Patriot missile system failed to effectively counter them. Though these failures were initially covered up by the United States, the details are well documented and details that emerged in post-war analysis seriously undervalued the Patriot’s performance. United States Army admitted that a “re-evaluation” found that Patriot systems destroyed, damaged, or knocked off course more than seventy percent of the Scuds that came within range in Saudi Arabia and more than forty percent of those that came within range in Israel.

But the details of engagement-by-engagement account of the Patriot’s performance were never made public making the US Army’s claims questionable.

The Strategic Defence Initiative (SDI), popularly referred to as the Star Wars programme, relied on DEW for the anti-missile defences…

An article in US Air Force Magazine revealed that 158 Patriots were fired at a cost of $640,000 each, including one misfire at an allied aircraft returning to Incirlik AB, Turkey during the course of the war. These 158 missiles attacked fifty-one incoming Scuds, missed one, and failed to fire against the Scud that destroyed the US barracks in Dhahran, Saudi Arabia. About fifty-five percent of the Patriots were fired at Scud warheads, thirty percent at “Scud debris,” and fifteen percent at “false targets.” 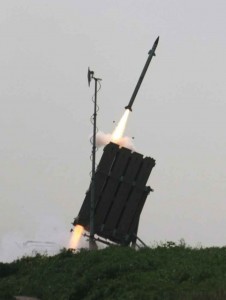 Patriot is not the only system with such limitations. Taking the case of Iron Dome, the frontline Israeli AD system. It is one of the most advanced AD systems in service today and is regularly used to counter the frequent rocket and mortar attacks against Israel. According to claims made by the Israeli defence officials, Iron Dome has a 90% hit success rate and during Operation Pillar of Defence in 2012 the system was credited with hitting 84% of incoming projectiles.

However, these figures of 90 % success rate are not supported by any public evidence. Also, Iron Dome has proved itself to be ineffective shorter-range rockets and mortar attacks launched from nearby Gaza, which resulted in Israel looking at alternate defenses to augment the system.

In a similar manner, at least 23 Pantsir systems were destroyed by Turkish Bayraktar and Anka drones in Syria and Libya in 2020 alone, despite the fact the systems were expressly designed to counter these low and slow flying threats. In the ongoing conflict in Ukraine, Ukrainian drones remain effective despite the presence of strong Russian electronic warfare capabilities and air defence systems, with an older Buk M1 launcher destroyed by a Ukrainian Bayraktar drone.

Lasers have their downside too as they take a lot of energy and have difficulty penetrating haze, dust, smoke and materials with anti-laser coatings.

As the cost factor is also an important consideration in evaluating the efficacy of a system, most modern AD systems are not suitable for use in countering low-end threats like drones and improvised aerial platforms (including improvised missiles and rockets). A drone bought off the shelf improvised to carry explosives would cost only a couple hundred dollars and it makes no (economic)n sense in expending a high-tech AD missile costing tens of thousand dollars to shoot it down. And if the drones and rockets are fired in tens and hundreds over weeks, there is a need for more efficient AD systems to counter them.

To illustrate, during the Hamas-Israel flare up in 2021, the Hamas launched over 4,300 unguided rockets and mortars toward Israel. Israel claimed a 90% success rate in intercepting them wherein each interception by Iron Dome costs approximately $100,000-$150,000.

AD guns are an option and the Close-In Weapons Systems (CIWS) like the Gatling based Phalanx are one of the gun systems is service but they also suffer from inherent limitations in terms of target handling capability and maximum effective range ( it is only about 1.4 Km). The ammunition expenditure is another factor needing consideration as a ‘mount’ or a gun can carry only a specific amount of ammunition and that restricts the number of engagements the gun can carry out before it needs to be re-armed.

This may seem of minor consequence but during operations it is an important factor and non-availability of ammunition can often lead to deadly consequences as it happened with a state-of-the-art Pantsir 1M system in Syria when it was knocked out by an Israeli drone as it was waiting to be re-loaded, having expended all its ammunition.

One of the methods to address the challenges of engaging and shooting down aerial targets in a cost-effective manner, in an effective way is by using  Directed Energy Weapons (DEW), including the lasers which are now maturing as a viable alternate to traditional AD systems.

A laser beam can also be scaled to the object in question and The power of the beam can be adjusted for different material. Accordingly, it can even have  even a non-lethal adjustment if required.

Laser is an acronym for “light amplification by stimulated emission of radiation”. The first laser was built in 1960 by Theodore H. Maiman at Hughes Research Laboratories, based on theoretical work by Charles Hard Townes and Arthur Leonard Schawlow. It differs from ordinary light as it is monochromatic coherent and directional. It contains one specific wavelength of light (one specific colour). The wavelength of light is determined by the amount of energy released when the electron drops to a lower orbit. It is “organized” — each photon moves in step with the others. This means that all of the photons have wave fronts that launch in unison. And being highly directional, it has a very tight beam and is very strong and concentrated. These characteristics make laser suitable for use as AD weapons with the capability of “shooting down bullets with bullets”, something that all AD systems aim to do.

Advantages of Laser Weapons. Laser weapons have several advantages over conventional munitions. These are:

•  They transmit lethal force at the speed of light (about 300,000 kilometres per second) that gives them the capability to engage distant high speed targets immediately after detection with very short reaction time,

•  A laser has a near-perfectly straight trajectory, unlike the arc of an artillery round,  as their beams are not affected by the constraining effects of gravity or atmospheric drag which allows the laser to be much more accurate in finding its target,

•  They are extremely precise enabling low-profile and covert operations capabilities the with less collateral damage,

•  Their effects can be tailored by varying the type and intensity of energy delivered against targets,

•  Lasers are silent and invisible to the human eye and are thus hard to detect by the enemy,

•  A laser beam can also be scaled to the object in question and The power of the beam can be adjusted for different material. Accordingly, it can even have  even a non-lethal adjustment if required,

•  Though the Initial installation costs are high but after deployment, laser weapons provide cost-effective engagements. and

•  Unlike a traditional gun, lasers don’t run out of bullets.

Disadvantages. Lasers have their downside too as they take a lot of energy and have difficulty penetrating haze, dust, smoke and materials with anti-laser coatings.