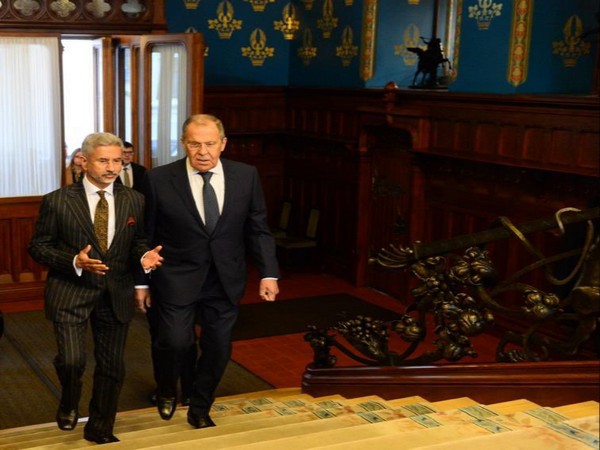 External Affairs Minister’s Jaishankar’s visit to Moscow on November 7-8 for consultations with Foreign Minister Lavrov and a meeting of the Inter-Governmental Commission on Trade, Economic, Scientific, Technical and Cultural Cooperation (IRIGC-TEC) which he chairs from the Indian side have drawn considerable attention because of its timing. The IRIGC-TEC meeting is an annual feature (interrupted by the pandemic of course) that, along with a meeting at Foreign Minister level appropriately timed, also serve to prepare for the annual summits between the two countries.

President Putin visited India in 2021 for a day long visit to maintain the annual rhythm that the pandemic broke, which means that it is for Prime Minister Modi now to visit Moscow for the summit. Whether he is able to go in view of the elections in Gujarat and the forbidding temperatures in Moscow in December remains to be seen.

Be that as it may, that the IRIGC-TEC met at a time when Russia is under draconian sanctions by the West and India and other countries are under pressure to reduce ties with Moscow has an obvious significance. India is signaling that it is not deterred by these sanctions and pressures and will continue to nurture and expand its economic ties with Russia in pursuit of its national interest, and that it sees these ties independently of those with the West.

A productive meeting with Co-chair of the Inter-Governmental Commission Deputy PM Denis Manturov.

Jaishankar told his counterpart Deputy Prime Minister  Manturov that he had brought a delegation of senior officials from the Ministries of Agriculture, Petroleum and Natural gas, Ports, Finance, Chemicals and Fertilizers as well as Commerce and Industry for substantive discussions to chart  the future course of action, with the goal of realising the optimum potential of bilateral trade and economic relations – a target of $30 billion by 2025 – that will address the existing trade deficit and market access issues in the interest of long term stability.

In his opening remarks at his meeting with Lavrov, Jaishankar, in a more self-assured style than in the past in public statements, laid out the context of his visit, which he acknowledged was not normally required but was needed as “these are unusual times”. How to address the challenges ahead, doing stock taking and exploring future prospects were needed. While bilateral trade in 2022 had grown considerably, it had to be made more sustainable by addressing the issue of the trade imbalance and facilitating more Indian exports, he stressed. While noting that our energy and fertilizer cooperation has been strengthening, he hinted at some concern about the potential disruption of the pipeline of supplies in view of Russia’s pre-occupation with the military operations in Ukraine when he underlined that it was “essential that our time-tested defence relationship continues to perform smoothly”.

Laying out perspectives for an expanded and diversified cooperation, Jaishankar said that Russia’s Far East was a priority. Enhancing connectivity, including through the International North-South Transport Corridor as well as the Chennai-Vladivostok Eastern Maritime Corridor was important. He stressed that Russian participation in Atmanirbhar Bharat i.e., self- reliant India and Make-in-India, would build a more contemporary bilateral economic relationship. The totality of Jaishankar’s remarks conveys that there is no change in our longer-term strategy of continuing to strengthen wherever possible our economic and defence ties with Russia.

Jaishankar acknowledged that the Ukraine conflict was a dominant feature of discussions on the international situation. He laid out the Indian position, repeating what Prime Minister Modi conveyed cryptically to President Putin in Samarkand in September about this not being “an era of war”, a line that has possibly by now lost its political import. By stating that the global economy is simply too inter-dependent for a significant conflict anywhere not to have major consequences elsewhere, he noted the growing concerns about energy and food security and the very acute pain felt by the Global South. India, therefore, strongly advocates a return to dialogue and diplomacy, he said, adding that in so far as specific initiatives pertaining to issues like food grains and fertilizer shipments were concerned, or any other problem for that matter, India will be as helpful as it can be, and that India will be supportive of any initiative that de-risks the global economy and stabilizes the global order at this stage. This was by no means an offer to mediate in the ongoing conflict, as our press had speculated before his visit.

No doubt the intention was to sensitise Russia about how much the Ukraine conflict is hurting the developing countries, which the Russian side understands, which is why it has facilitated the movement of food grains from Ukraine in an agreement brokered by the UN Secretary General and Turkey, and why, despite the Ukrainian attacks on its naval fleet in Sevastopol it has decided to abide by the agreement after suspending it temporarily.

Jaishankar repeated what we have stated in the UN several times, namely, that “we are clearly on the side of peace, respect for international law and support for the UN Charter”. The Russian side would have already analysed the import of the formulations used by our side and would not have needed to parse the meaning of what Jaishankar said once again. Nor the West. These are safe, middle of the road formulations that neither give full satisfaction to either side nor can they be objected to in themselves.  These formulations give us some diplomatic room with the West that is unhappy that we have not condemned Russia, while not displeasing the Russians who appreciate India’s neutral position despite western pressures. This would explain the positive references to India, its talented people and its economic prospects, as well as generous personal praise of Modi by Putin at the Valdai Discussion Forum on October 27 and on the occasion of Unity Day on November 4.

Needless speculation swirled in our media that Jaishankar’s visit might be in the context of a mediatory role by India between Russia and Ukraine to end the conflict. This was fed by official leaks in the US press that India had played a role in the grain deal and in ending the shelling at the Zaporizhzhia nuclear power plant. It was also leaked that the US was advising Zelensky not to outrightly reject a dialogue with Russia. The obvious question was not asked in this connection as to why the US itself did not open the doors of a dialogue with Russia as it can if it wanted to, more so as Russia has been saying that the key to ending the conflict lies neither with Ukraine nor the EU but with the US. The US could begin a process of negotiations, especially as the conflict has now evolved into a proxy war by the West against Russia, with the US and the EU pumping in more and more arms into Ukraine, as well as financial support to keep the conflict going, despite the nuclear dangers that are emerging.

Modi has in the past spoken to both Putin and Zelensky to return to dialogue and diplomacy and agree to a ceasefire. Turkey with its geopolitical clout with both Russia and NATO, as well as with Ukraine, can mediate credibly. India is in no position to mediate; it can only give as even-handed an advice as possible. Hence Jaishankar’s expressed willingness to be supportive of any initiative that de-risks the global economy and stabilizes the global order at this stage.

Jaishankar has shared with Lavrov our concerns about terrorism, including its cross-border manifestation. Indo-Pacific was discussed, but on this the views of the two countries differ. Putin at the Valdai Discussion Group has slammed the developments in the Indo-Pacific as a US imposition of bloc politics in the region. The Iranian JCPOA, the current situation in West Asia including Syria and Palestine were discussed in the context of India’s “wide range of interests and a growing footprint” and our deeper economic involvement in many regions. Cooperation within the G20, BRICS and the SCO was discussed as well as reformed multilateralism, with a reformed UN Security Council.

Jaishankar noted that “the world is moving towards greater multi-polarity through steady and continuous re-balancing”, a development that Russia has strongly supported for many years and this was the driving spirit behind the formation of BRICS and the SCO.  Jaishankar, with China in view, did not fail to underline that multipolarity also means a multipolar Asia. Interestingly, he referred to India not as a great power, but implicitly as a stepping-stone towards it by describing it as a “prominent” nation. This signals a welcome change in India’s view of itself, one much more confident than before.

All in all, a visit with many nuances that signifies an India more confident about the choices it is making in its foreign policy and aware it has more cards to play now on the international stage.