ISIS Recruit: The Return of the Prodigal Son 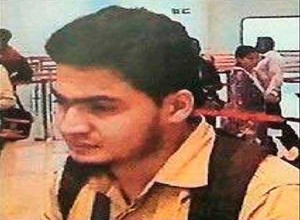 So the prodigal son, Arif Majeed, has returned home and the government finds itself on the horns of a dilemma. We know that the call of religion and probably adventure led him and three others to deserting their group of pilgrims to Iraq and joining the Islamic State. For his troubles we now know that he ended up injured during training. We, however, still don’t quite know why he came back, though one news channel did put out that he missed his mothers’ cooking and was home-sick among other possibilities. While this may be in the realms of speculation, there is every possibility that it is true, as anybody who has fought insurgents in Kashmir will tell you, a fair number get caught because they become home sick and can be either persuaded to surrender or get trapped in their attempts to visit family or friends.

Let us not forget that we are Indians first and regardless of our religious and ethnic identities or our ideological leanings we are essentially a peaceful home loving people.

Let us not forget that we are Indians first and regardless of our religious and ethnic identities or our ideological leanings we are essentially a peaceful home loving people.  As George Tanham has put it in his paper, Indian Strategic Thought: An Interpretive Essay, wayback in 1992 that the growth of Hinduism over several millennia with its sophisticated thoughts, wide appeal and pervasiveness enabled it to absorb and synthesize all manner of religious and cultural influences of numerous invaders to bring about a feeling of ‘Indianness’ based on a cultural identity that has evolved over 2500 years. The fact that we are a peaceable people believing in strong family ties is an aspect that we should not take lightly and despite religious radicalization of all kinds over the years it still continues to be our biggest asset. So, while we may have had Sri Lankan Hindu or Pakistani Muslim suicide bombers, we have been spared this scourge to a very large extent from within our own home grown population.

For the past view months, the one thing that all discussants at any conference on internal security seem to agree on is the dangerous implications of recruitment of foreign volunteers by the Islamic State. In fact, one can go so far as to say that it appears to be an issue of political correctness and, I daresay, probably inverse snobbery for each of the speakers to point out the large number of volunteers joining up from each of their respective countries. In our context, the Army leadership as also elements of the intelligence and security community and the media have all gone to town over the waving of flags of the Islamic State in the Kashmir Valley and in Ranchi and the fact that an unknown number of volunteers have joined this Jihad.

While it is understandable for the security and intelligence establishment to over-state the dangers, since it not only helps them remain center-stage, but the fear psychosis that such news generates among the population goes a long way in ensuring that more important issues of poor governance, blatant corruption, failure of the law and order machinery and the criminal justice system can be side lined in the interest of national security. After all, waving of flags or wearing of tee-shirts with slogans or colours of any particular organization does not make them criminals bent on death and destruction. After all, we have witnessed Indo-Pakistan sports events in India where any number of Pakistani flags have been waved, or for that matter, we have seen a similar situation in England and Australia where there is no shortage of Indian origin citizens of those countries waving and cheering the Indian team. To consider such actions as akin to treason reflects an extremely bigoted mindset because those individuals have emigrated for a better life and to mistake cloying sentimentality for one’s own cultural, religious or ethnic roots as disloyalty to the country of which they are citizens is really missing the woods from the trees. In any case there is a big difference between waving a flag and picking up a gun to create mayhem and murder.

…once a volunteer finds himself at the wrong end of the gun, he is more likely than not, to understand the value of peace and orderly life, provided he survives.

There also appears to be fear within various security establishments that their citizens who have voluntarily joined this movement, may in the future, create serious law and order problems and give a fillip to existing radical movements once they return back to their countries. Ideological wars do tend to attract volunteers from far and wide as the formation of the International Brigades fighting against Franco’s Nationalists in the Spanish Civil War in the late 1930’s showed. That those volunteers, with communist inclination at that time, were treated as subversives by their respective countries and seen as a serious threat to their internal security is a well-documented fact, as FBI reports on American volunteers now available in the public domain show.

However, there were no instances of those volunteers ever creating problems in their home countries and in fact some of these individuals subsequently joined the Office of Strategic Services (OSS), the agency which subsequently morphed into the CIA, to help fight against Nazi Germany during the Second World War. The truth of the matter is that for young people, the world over, facing the prospect of low paid mind-numbing jobs with little likelihood of a change for the better in the future, the Islamic State offers a once in a life time opportunity for romance, adventure and lucre which is difficult not to be attracted to. Moreover, once a volunteer finds himself at the wrong end of the gun, he is more likely than not, to understand the value of peace and orderly life, provided he survives.

…recent study by NASSCOM has revealed that 75% of all engineering graduates are unemployable.

Therefore, the dilemma the security establishment finds itself in at this time is that it cannot quite decide what to do with Majeed. Should they arrest him because he may otherwise be the flag bearer of a future Army that will only rest after it has raised the flag of the Islamic State at the Red Fort in Delhi or should it just let him go after a warning and let him enjoy his mother’s cooking?  In my considered view, while understanding the reservations of the security establishment, it would be more productive in the long term to let Majeed’s family provide the soothing balm that has motivated him to return. In fact intelligence agencies should  put his abilities and experience to better use in our attempts to control the spread of radical Islam.      `

Finally to blame all this on the education provided by Madrassas that makes individuals unemployable, while not wholly incorrect, is far from the truth, as even in our case of professional education, a recent study by NASSCOM has revealed that 75% of all engineering graduates are unemployable.  The fact of the matter is that governments, both at the Centre and State need to do get the basics right, govern better, provide relevant skills, create jobs and opportunities for the young to meet their aspirations for a better future. That would have more impact than concentrating on enhancing the security establishment and bolstering invasive security protocols.

4 thoughts on “ISIS Recruit: The Return of the Prodigal Son”