Integration of Service Headquarters with Ministry of Defence 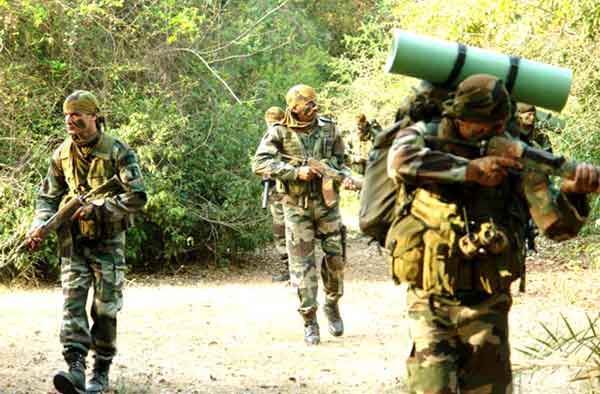 Except for the debacle of the Sino-Indian War of 1962, India has managed to perform quite well in the various military conflicts. However, each of these did leave behind unmistakeable signs of inadequacy in the existing systems. Unlike any other developed country, the Indian forces are subjected to three tiers of control – secretarial, financial and ministerial. The existing system thus results in inordinate delays as superficially knowledgeable civil servants decide on military matters. To add to the woes of the men in uniform, the political leadership continues to be uninformed and indifferent towards their requirements and aspirations.

“Like beauty, understanding the strategy, lies in the strategic culture of the beholder” —Bernard Loo “Geography and Strategic Stability”, The Journal of Strategic Studies, Vol. 26, No 1, March 2003

In terms of area, India, the seventh largest nation in the world boasts of the second largest army, the fourth largest air force and the eighth largest navy. With the second largest population in the world, it is also considered a storehouse of human resource. The political noise about lack of reforms, inflation, poor governance and the current global economic trends notwithstanding, India has not been doing too badly. What India lacks, however, is strategic culture, especially in the management of its defence.

There are some in India who would like to see the Armed Forces away from playing a role in governance and decision-making. They ignore the fact that wars occur once every few years and that when they do, they tend to change the course of history. For example, the Battle of Plassey in 1757 and the 1999 conflict in Kargil with Pakistan; while the former marked the beginning of British rule in India, the latter brought to the fore the need to overhaul defence management and modernise our Armed Forces. While some half-hearted attempts have been made in this regard, the issues have not been followed-up to logical conclusion and the Armed Forces remain marginalised. Despite five wars, continuing insurgencies, separatist movements, cross-border proxy war, Pakistan going nuclear, China’s emergence as a regonalpower, Revolution in Military Affairs, demise of the Cold War, wars in Iraq and Afghanistan, the structure of the Indian Defence Establishment and the National Security System, has more or less remained unaltered. It is time to review the security structure of the nation and take appropriate steps to prepare the nation to face the remaining years of the 21st century.

During the freedom struggle, leaders in India were focussed on gaining independence and had little time to devote to defence issues. Besides, in their collective wisdom, they were convinced that on attaining freedom, a non-violent India with no hegemonic ambitions, would be free of any external threat. Threat from Pakistan and China had evidently not been visualised. It was also argued that the major world powers, exhausted after World War II, would not engage India militarily. Thus India gained independence on August 15, 1947, without having given any serious thought to a defence policy. “A Tryst with Destiny,” as the first Prime Minister proclaimed, had actually begun for the Armed Forces.

The Commander-in-Chief (C-in-C) in pre- independent India was second only to the Viceroy. Being a member of the Viceroy’s Executive Council, he was the de facto Defence Minister. The role of the Defence Department was not to examine proposals or to sit in judgement over Army Headquarters but to issue orders on behalf of the Government of India. Soon after Independence, the War Department and Defence Department were merged to form the Ministry of Defence (MoD). It was also enlarged to take on additional roles of defence management that included threat assessment, force levels, budgeting and defence production. Independence necessitated the creation of structures different from those existing under the British rule to establish parliamentary control over the military. These structures were designed mainly to quell fears of possible political ambitions of the military amongst leaders.

What India lacks is strategic culture, especially in the management of its defence…

In 1947, a committee of three senior Indian Civil Service (ICS) officers suggested a structure of the MoD. They aimed to lower the status of the military in relation to the ICS on the same lines as had been done for the police. Ironically, it was Lord Mountbatten, the last Viceroy of India, who ensured that the Service Chiefs maintained their status over the Defence Secretary. Lord Ismay, the then Chief of Staff, was asked to draw up a Higher Defence Organisation for India. Prevailing conditions did not permit large-scale changes but a number of committees were recommended for coordinated decision-making for national defence. In essence, independent inputs were to be forwarded by the Chiefs of Staff Committee (COSC), the Defence Minister’s Committee (DMC), of which the Service Chiefs were members and the Defence Committee of the Cabinet (DCC). These signified the representation of the Services, as also the bureaucracy and political control and were conceived with a vision to reduce red tape, provide collective professional advice to the political leadership and most significantly, retain the military leadership in the decision-making chain.

Over a period of time, the latter two committees degenerated into ad hoc procedures, in the process marginalising the Service Chiefs. Their repeated reduction in precedence further reduced their role in the decision-making process with reliance on individuals rather than the system. When Nehru assumed the portfolio of the Defence Minister in November 1962, he instituted weekly meetings with the Service Chiefs and Secretaries reflecting his belief in the wisdom of collective decision-making. However, this arrangement was short-lived.

In 1971, the Cabinet Committee on Political Affairs (CCPA) replaced the Emergency Committee set up in 1962, which in turn had been set up to replace the DCC. While the DCC was entrusted to deal with defence related matters, the CCPA had a broader charter. This further reduced the role of the Service Chiefs in security-related decision-making. Transfer of the Military Wing from the Cabinet Secretariat to the MoD further widened the break. The Military Wing previously provided secretarial support to the DCC and COSC. With the transfer, the Defence Secretary started considering all COSC matters also under its purview.

The MoD had taken control of all defence related matters — be they plans, promotions or placements of senior officers! Service Headquarters has continued to remain out of favour in the defence decision-making machinery, even as it remains responsible for ensuring the territorial integrity of the country.

The Aftermath of Kargil

A direction in higher defence policy formulation is strictly the prerogative of the political leadership, as it should be in any democratic nation. This fundamental principle has been scrupulously followed by our apolitical armed forces unlike in Pakistan, Bangladesh and Myanmar. The unwritten interpretation of ‘civilian control’ has been taken to mean control by the ‘bureaucracy’ rather than by the political leadership. To keep the Services on the back foot, the bureaucracy has perfected the art of ‘divide and rule’. The Service Headquarters has been kept outside the framework of higher defence decision-making for as long as my generation can recollect, leading a prominent journalist Shekhar Gupta of the ‘C’ word fame, to once state, “In no other major democracy are the armed forces given so insignificant a role in policy making as in India. In no other country do they accept it with the docility they do in India.”1 While too little control over the Armed Forces can lead to serious problems, too much control can also smother the military and render it ineffective in the long run.

Fortunately, except for the debacle of the Sino-Indian War of 1962, India has managed to perform quite well in the various military conflicts. However, each of these did leave behind unmistakeable signs of inadequacy in the existing systems. Unlike any other developed country, the Indian forces are subjected to three tiers of control – secretarial, financial and ministerial. The existing system thus results in inordinate delays as superficially knowledgeable civil servants decide on military matters. To add to the woes of the men in uniform, the political leadership continues to be uninformed and indifferent towards their requirements and aspirations.

Every country formulates its comprehensive objectives based on the regional and global geopolitics. The UK, USA and France have evolved their respective defence decision-making organisations as per their strategic perspective and may not necessarily be suitable for India. Studies were carried out between the sixties and the eighties in various countries to formulate a template for an effective higher defence organisation. The situation in India was, however, one of complacency after the victory against Pakistan in 1971. The War was quoted as a classic example of inter-services cooperation and competent higher defence coordination, with no further need to tinker with the system conforming with the American philosophy, “If it ain’t broke, don’t fix it”.

In effect, it was not till 1999, post-Kargil, that a comprehensive study was ordered to focus on the lessons of the conflict to improve higher defence management. The Kargil Review Committee (KRC), set up under K Subrahmanyam, was mandated to examine the sequence of events and make recommendations for the future. The KRC was not an enquiry commission. The KRC studied the events leading to and during the conflict and flagged some glaring inadequacies in the country’s defence management primarily in the fields of intelligence gathering and sharing, border management and the structure of the defence establishment itself. The KRC recommended a complete review of the national security system not by the bureaucracy but by a group of experts. Consequent to the recommendations, a Group of Ministers (GoM) was formed under the leadership of L K Advani, with Arun Singh heading the Task Force on Management of Defence. The findings of the Task Force listed the following areas that called for immediate attention:

At this stage, it may be relevant to study some of the existing models of National Security structure working in the world today. Due to the differences in the political set-up in Russia and China, these models are not workable in the Indian context. The British, French and German models endeavour to achieve similar goals in a parliamentary system. The British and the French have a Cabinet Committee headed by the Prime Minister or President, with a composition akin to that in India. They have however, a dedicated staff. The German model too is similar, their Federal Chancellery or Bundeskanzleramt (BKA) is akin to India’s Cabinet Secretariat. Responsible to the Chancellor, the head of the BKA is normally of the status of a Cabinet Minister but can be otherwise.

The British established the COSC as early as 1923 to ensure inter-service balance and coordination. When it was formed in 1946, the British MoD was essentially a coordinating office for the three single Service Ministries. A single agency in a unified MoD incorporating the three Service Ministries was formed in 1964. The lessons learned from the Falklands War inspired further reforms in Britain. The process was set in motion in 1985 under the direction of then Defence Minister, Michael Heseltine, leading to the evolution of a fully integrated structure.

One thought on “Integration of Service Headquarters with Ministry of Defence”