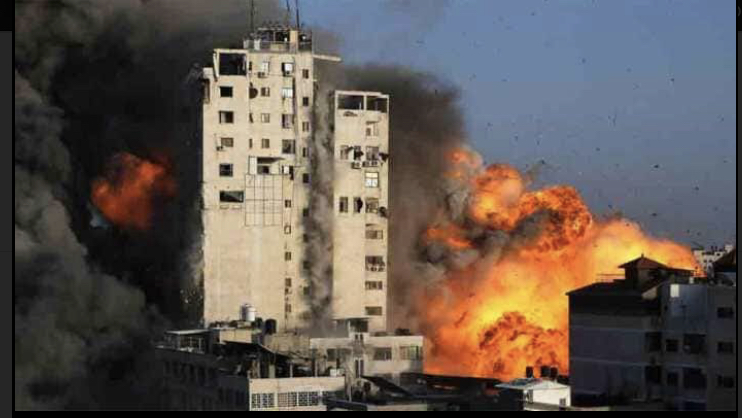 On May 16, India’s permanent representative to the United Nations, T S Tirumurti, made a carefully crafted statement at the UN Security Council “open debate” on the escalating Israel-Palestine violence, striving to maintain balance between India’s historic ties with Palestine and its blossoming relations with Israel.

There are a few important takeaways from the statement. While on the one hand the statement reiterates India’s “unwavering” commitment to the two-State solution, the statement also “condemned” the “indiscriminate” rocket firing from Gaza and called the Israeli strikes “retaliatory” in nature and not an act of aggression as many countries have called it.

Ambassador Tirumurti, at the outset of his speech, spoke of the immense suffering caused by the violence, including the killing of Indian national Soumya Santhosh, in Rocket Fire in Israel’s Ashkelon. “The events of the last several days have resulted in a sharp deterioration of the security situation,” said Tirumurti while also reiterated India’s strong support to the just Palestinian cause and its unwavering commitment to the two-State solution. The ambassador also stressed India’s strong condemnation of all acts of violence, provocation, incitement and destruction.

“Immediate de-escalation is the need of the hour, so as to arrest any further slide towards the brink. We urge both sides to show extreme restraint, desist from actions that exacerbate tensions, and refrain from attempts to unilaterally change the existing status-quo, including in East Jerusalem and its neighbourhood,” he said.

The statement appears to implicitly hold Israel responsible for triggering the current cycle of violence by locating its beginnings in East Jerusalem rather than from Gaza. The request that both sides refrain from “attempts to unilaterally change the existing status quo including in East Jerusalem and its neighbourhoods” seems to be a message to Israel about its settled policy.

The statement was also emphatic that “the historic status quo at the holy places of Jerusalem including the Haraml al Sharif/Temple Mount must be respected”. The site, administered by Jordan, is revered in both Islam and Judaism. Jewish worshippers are not allowed inside, but have often tried to enter forcibly.

The balancing was evident in the pointed condemnation of the “indiscriminate rocket firings from Gaza” on civilian targets in Israel, but not of the Israeli strikes inside Gaza; the customary omission since 2017 of any reference to East Jerusalem as the capital of a Palestinian state; and the hyphenation of “Haram Al Sharif/Temple Mount”, equating claims of both Israel and Palestine.

India’s policy on the longest running conflict in the world has gone from being unequivocally pro-Palestine for the first four decades, to a tense balancing act with its three-decade-old friendly ties with Israel. In recent years, India’s position has also been perceived as pro-Israel.

India voiced support for the diplomatic efforts of the Quartet and other members of the international community, the countries in the region in particular, to “calm” the situation and put an end to the ongoing violence and seek to achieve durable peace. India believes that every effort should be made to create conducive conditions for resumption of talks between Israel and Palestine.

Israel Prime minister Benjamin Netanyahu has said that the country is pursuing “forceful deterrence” against the Hamas, Palestinian militants ruling Gaza. Netanyahu also noted that the nation is not ruling out the possibility of further escalation. While meeting with foreign ambassadors as global pressure to reach a ceasefire mounts of both sides, Israeli PM on May 19 said you can either conquer them, and that’s always an open possibility, or you can deter them.” He reportedly also said that Israel hopes to restore peace “quickly” and ensured to do everything in his power to avoid civilian casualties.

The Israel-Palestine conflict, which has now been ongoing for the last 10 days is one of the deadliest phases in the decades-old tensions. Actually, Islamist fundamentalist group Hamas fired the first projectile onto the Israeli soil. On May 19, the number of Palestinians who died in the conflict surpassed 217, including 63 children and 36 women. At least 1,500 people have been injured, as per the Gaza Health ministry. On the other hand, Israel lost 12 residents, including two children, a soldier and an Indian origin woman.

Meanwhile, the United Nations (UN) Secretary-General Antonio Guterres said in remarks to the Security Council meeting and called for an immediate end to ‘utterly appalling’ violence. “Fighting must stop.  It must stop immediately,” he said.  “Rockets and mortars on one side and aerial and artillery bombardments on the other must stop.  I appeal to all parties to heed this call.” He further said, “The fighting risks dragging Israelis and Palestinians into a spiral of violence with devastating consequences for both communities and for the entire region.”

The Israel-Palestine conflict is a territorial conflict between the Jews and the Arab Muslims regarding the land of Jerusalem, which both sides lay claims upon. The Jewish Israel, which occupies the region currently, advocates for ‘an undivided Jerusalem’ as its capital. The Palestinian voices, on the other hand, are divided on the issue. Some advocate for a division into two countries while others advocate for a complete accession of the land by the Palestinians and removal of all Jews from the region.

India has friendly relations with both Israel and Palestine should play a major role in mediation for both the countries for a lasting peace. Even the United Nations invited India last year to mediate in the Israel-Palestine dispute. This had sparked a debate in diplomatic circles and think tanks in the country about whether should involve itself in such a crucial issue of international importance. However, India will get the support from a majority of the countries for evolving a peaceful solution.

One thought on “Indian Reaction on Israel-Palestine Conflict”