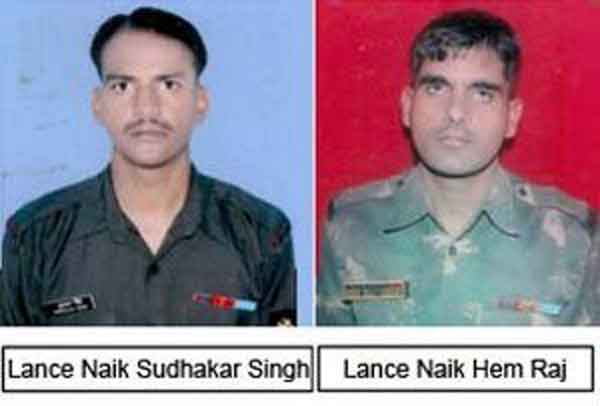 The killing, and more importantly, savage mutilation of two soldiers of the Indian Army on the Line of Control ( LoC) has put a big question mark on the ‘ on- again/ off- again’ dialogue the two countries keep having, seeking the elusive peace.

After Pakistan started sending terrorists across the LoC, it started resorting to heavy firing on our posts to divert the attention of our troops.

My focus today is on these two aspects; the first is tactical and the second falls squarely in the strategic realm. While the former is predominantly military, the latter does need to take note of this deplorable incident while analysing the future of the dialogue.

It is important to understand the dynamics of the LoC first. The present LoC is the second avatar of the erstwhile Cease Fire Line ( CFL). While the CFL was delineated in 1949, the LoC became the dividing line after our victory in the 1971 war with Pakistan.

Despite these formal delineations, the Pakistani Army did not honour the sanctity of these lines. They commenced encroaching and nibbling on our side of the line, with a view to gaining tactically advantageous positions.

This was naturally resisted by our troops. The eyeball- to-eyeball deployment of troops resulted in the LoC becoming an active and live border, where it was considered a fair game to seize any opportunity and occupy areas across the CFL/ LoC, by both sides.

There were casualties on both sides and ‘taking revenge’ was an established way to pay the other side in the same coin. I have no doubt that even in this case, our army will exact retribution at a place and time of its choosing.

The day India and Pakistan succeed in agreeing to live in peace as friendly neighbours, will be the start of the Pakistani Army losing its pre- eminent position in the power structure of Pakistan.

After Pakistan started sending terrorists across the LoC, it started resorting to heavy firing on our posts to divert the attention of our troops. This continued even after agreeing to the ceasefire. Our army adopted several counter- measures to check such infiltration, including an increase i n the number of observation posts, erecting a border fence, increasing patrolling and so on. Such tactical actions will continue in future.

In the last over six decades, there have been a number of ceasefires on the LoC, but the existing one, which has been in force since 2003, has been the longest.

Even though an active LoC favours our troops, in the interest of better relations we agreed to a ceasefire, so that Pakistan could withdraw troops from the LoC to conduct operations against the Taliban and other insurgents, which were creating mayhem inside Pakistan. However, Pakistan chose not to do so and instead continued to nurture the terrorists, who are still considered assets to fight against India.

Coming to the strategic aspects, the stances and actions of Pakistan in practically all spheres of interaction between neighbouring nations point to it wanting a perpetuation of antagonism with India. The reason is that while many citizens of Pakistan want to live in peace with India, its policymakers do not want i t. Although there is an elected government in Pakistan, it will be naive to think that they are the decision- makers. The Pakistani Army has the last word on all policy matters, including on security, nuclear and foreign policy affairs.

Our policymakers and security experts must first formulate a comprehensive security strategy and thereafter the diplomats and others should work out an entirely fresh negotiations plan.

Consequently, it is not peace dialogues and formal talks but the whittling down of the Pakistani Army’s predominant position as the sole policy- formulating organisation that will bring eventual peace between the two countries. Policymakers in India, therefore, must strive to change the thinking of the Pakistani polity, instead of engaging in futile dialogues and discussions.

India has been making overtures for peace for decades, yet all we have received in return from Pakistan is violence of many types, including wars and terrorism; hedging; impossible demands; and subterfuges. The latest consistent policy of Pakistan is to be ‘ perpetually in a state of denial’. That our political establishment, undoubtedly spurred on by self- styled experts of the ‘Aiyaars’ and ‘Nayyars’ variety, continues with this futile exercise is both maddening and naive. Either we have no sense of history, or we deliberately do not want to learn from it. It also indicates the bankruptcy of ideas and lack of any policies of a strategic nature.

It is nobody’s case that we should not live peacefully with our neighbours and resolve all problems and disputes by discussion and in a peaceful manner, but this needs give and take from both sides. So far, it has been a one- sided affair and there are no indicators that the future would be any different.

The bottom line is that at the military level, let us not impose unnecessary restrictions on how the sanctity of the LoC should be maintained. The army knows how it should be done.

At the strategic level, we should put a brake on the peace process till a more conducive environment emerges. At the same time, we need to jettison the Composite Dialogue. Much water has f l own down the Indus since it was first compiled. Since then the security, economic and social environment in the sub- continent has changed drastically.

Our policymakers and security experts must first formulate a comprehensive security strategy and thereafter the diplomats and others should work out an entirely fresh negotiations plan.

This will also give a chance to their counterparts in Pakistan to take stock and l earn that it takes two to tango.