India as a defence manufacturing hub 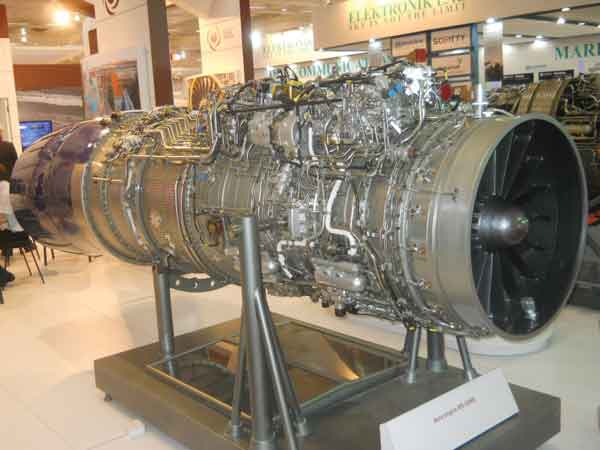 Two major defence production related developments that took place nearly a decade ago need to be recalled here at the outset. One, having realised the limitations of the public sector, the Government of India constituted six Joint Task Forces in collaboration with the Confederation of Indian Industry in 1998 to promote defence-industry partnership. Integration of the private sector was considered essential to achieve the often repeated objective of procuring 70 per cent of India’s defence requirements from indigenous sources by 2010. Consequently, defence production was opened to the private sector in January 2002, allowing 100 percent private equity with 26 percent Foreign Direct Investment (FDI).

Two, as a follow up of the recommendations made by the Group of Ministers in the wake of the Kargil War, a dedicated defence procurement organisation were set up in 2001 and a comprehensive defence procurement procedure (DPP-2002) was promulgated with the stated aim of promoting self reliance in defence production. There was euphoria in the air and India appeared to be heading in the right direction. Those were exciting times.

…India should have a technology centric FDI policy with inherent flexibility. It could be 26 percent for low-tech products, 51 to 74 percent for matured systems and 75 to 100 percent for cutting edge technologies.

However, all hopes have been belied. The last decade has been a chronicle of tall claims, missed opportunities and inability to translate policies into implementable programmes. The current regime has been a total failure. The enormity of failure can be gauged from three visible facts. One, imports have climbed to close to 75 percent rather than dropping to the targeted 30 percent. Two, India has not been able to produce a single defence system with cutting-edge technology. While every critical item is being imported, India continues to be happy producing doors and windows for foreign aviation majors. Three, defence exports (from India’s much vaunted conglomerate of Ordnance Factories) fell from a paltry Rs 41.07 crores in 2008-09 to a laughable Rs 12.28 crores in 2009-10. It is a reflection of the nature and quality of items being produced indigenously.

As a result of the above mentioned failures, not a single objective concerning defence production and procurement has been achieved. Consequently, induction of new equipment has not materialised at the required pace. In his address to a seminar in New Delhi on 15 December 2010, Defence Minister Antony acknowledged, “Despite our best intentions and earmarking huge budgets and allocating money, the modernisation efforts have not borne the desired results.” There cannot be a more candid admission of failure.

Despite periodic reviews of the procurement procedure and repeated reiteration of the objectives, self-reliance will remain a pipe dream unless bold and ingenious decisions are taken to correct existing deficiencies. As quantities required by the Indian armed forces cannot provide necessary economies of scale, development of a robust and vibrant export market is absolutely inescapable. Additionally, in the present day environment, a country’s defence industry cannot thrive in a standalone mode in indigenous isolation. It has to be a part of the international arms production and trade regime.

Manufacturing Hub for the Global Factory

All major defence companies are system integrators. High costs and complexities of modern day warfare ordnance have forced major arms manufacturers to spread their various manufacturing, commercial and management functions over a number of sites in different countries. They follow the emerging and evolutionary concept of ‘Global Factory’ whose contours and shapes are yet to acquire an absolute form. Locations are chosen on the basis of relative advantages they offer for specific functions. Host country’s policies and incentives also influence selection. Additionally, ease of integration with a worldwide network becomes the clinching factor in the selection of a location.

European Aeronautic Defence and Space Company (EADS) with its integrated headquarters at Paris employs over 110,000 persons at more than 70 production sites, predominantly in Germany, France, Great Britain and Spain. BAe Systems has 90,000 employees on its rolls at 25 locations in Great Britain and 18 locations elsewhere. Safran, which is fast emerging as a giant on the world defence equipment scene after the merger of Snecma and Sagem, has its head office in Paris. It employs over 56,000 people and has industrial, design and commercial operations in more than 30 countries.

…on 15 December 2010, Defence Minister Antony acknowledged, “Despite our best intentions and earmarking huge budgets and allocating money, the modernisation efforts have not borne the desired results.” There cannot be a more candid admission of failure.

Geo-economically distributed and spatially dispersed facilities have come to stay. To be a central part of the arms ‘Global Factory’, India has to strive to become a global manufacturing hub for defence equipment. It must project itself as an ideal destination and convince the foreign manufacturers of the advantages accruing to them as compared to competing suitors. For that, India has to revamp the regime and make major policy and structural changes.

FDI is a need based concept. The host nation needs funds and technology for its accelerated growth while a foreign investor is guided purely by economic considerations. A long term commitment through FDI sets in motion a chain reaction wherein FDI upgrades existing technology which, in turn, attracts more FDI with higher technology. Any nation that covets FDI in defence has to tailor its policies to make them irresistible.

The current policy has been a total failure. Its provisions are highly dissuasive and irrational – a foreign investor is expected to invest his resources in a venture where he has no significant control, strict capacity/product constraints, no purchase guarantee, no open access to other markets (including exports) and where preference may be accorded to the local public sector.

To make India a manufacturing hub, FDI has to flow in. Therefore, India has to put its act together by evolving an investor-friendly policy, streamlining procedures and projecting an image of an ideal FDI destination for defence industry. All help should be provided to ensure economic viability of enterprises. Import of dual use technology should be encouraged for economies of scale. It benefits other segments of the economy as well. 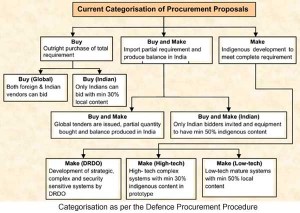 Therefore, India should have a technology centric FDI policy with inherent flexibility. It could be 26 percent for low-tech products, 51 to 74 percent for matured systems and 75 to 100 percent for cutting edge technologies. Even the Ministry of Commerce had proposed total elimination of FDI ceiling to ‘encourage greater cooperation and information sharing between international defence manufacturers and Indian defence companies’. With a view to facilitate economies of scale, export provisions must be relaxed, albeit keeping national interests in mind. This in turn will reduce India’s cost of procurement as well as earn foreign exchange. Similarly, enough flexibility must be provided to joint ventures as regards capacity and diversification options to cater for market dynamics. No preference should be given to the public sector and Ministry of Defence (MoD) must provide a level playing field to all producers. That will go a long way in enhancing the credibility of the policy.

First of all, DPP needs to be simplified. Starting with three categories in 2002, we have seven categories of procurement proposals at present. Every revision of the procedure has created more categories, thereby compounding the confusion. See Figure.

After assigning developmental cases for ‘strategic, complex and security sensitive systems’ to DRDO, classification of all other cases should be restricted to three broad categories – ‘Buy (Global)’, ‘Buy (Indian)’ and ‘Buy and Make’. See Figure. ‘Buy and Make’ should be applied to cases where initial purchase is made from a foreign producer and the balance quantity is produced in India under transfer of technology. Recipient of technology should be the most suited Indian industrial entity and not necessarily the public sector, as at present. ‘Buy (Indian)’ with minimum 50 percent local content should be the most preferred route for the majority of procurements. This shall force foreign vendors to partner Indian firms to produce equipment in India.

Furthermore, the procedure must reward high-tech performance. Presently, all systems that meet laid down parameters are considered at par and the lowest bidder is awarded the contract, superior technology and performance notwithstanding. It is one of the most unfair and dissuasive provisions wherein a vendor with superior product is expected to quote less than a mediocre product. In ‘Buy and Make’ cases, such a process results in India getting deprived of latest technologies as base-level products are invariably based on obsolescent technologies. As seen earlier, no country can aspire to be a manufacturing hub without regular infusion of cutting edge technologies.

All countries try to use the leverage of offsets in consonance with their national economic priorities to fill an important technological/economic void. Countries that strive to develop indigenous industry seek technology through offsets to bridge the gap and use the acquired technology as a takeoff platform for indigenous development of more advanced technologies. More than 35 percent of all offsets worldwide relate to technology transfer. Transfer of technology is rightly called as the engine that drives offsets.

Strangely, India does not accept technology against offsets. Despite repeated assertions of determination to achieve self reliance in defence equipment, India has left it to foreign vendors to choose offset programmes. As is to be expected, every vendor opts for offset activities that are easy to implement and entail least cost penalty, Indian needs notwithstanding.

With a view to prompt sellers to offer offsets in targeted areas, all countries allot suitable multiplier values to various offset programmes, thereby assigning differential weightage to them. Multiplier value is a factor applied to the actual value of an offset transaction to calculate the credit value earned. By adopting a graded system of multipliers, buyer nations persuade sellers to offer offsets in fields that carry higher multipliers. Sellers find the system equally useful as it provides them an opportunity to earn enhanced offset credit value. Illogically, India does not use the system of multipliers.

With the current flawed policy, offsets are not contributing to the upgradation of the indigenous technological base. India must use the leverage of offsets to obtain technologies that are considered essential for stimulating and expediting the growth of indigenous industrial competence to make India a hub. Therefore, India must amend its offset policy to make transfer of technology to be the preferred mode. It should also apply suitable multiplier values to different programmes, depending upon the criticality of the technologies involved, to obtain the needed know-how.

2 thoughts on “India as a defence manufacturing hub”