Home  >  News  > Geopolitics  >  Growth of Fundamentalism in Pakistan and Its Repercussions

Growth of Fundamentalism in Pakistan and Its Repercussions 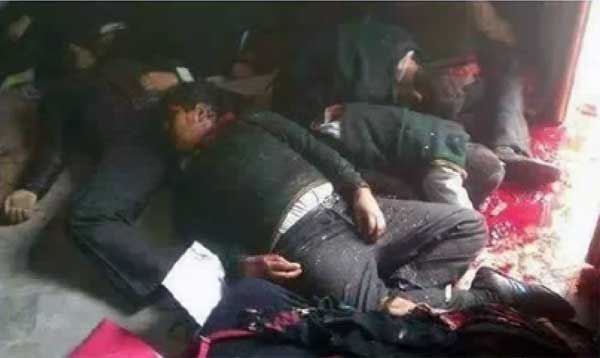 The Islamic Republic of Pakistan was created in the name of Islam, but Muhammad Ali Jinnah, the father of the nation, wanted a secular Muslim state and not a theocratic Islamic state controlled by fundamentalists. In 1947, when Pakistan was carved out, the population was not fundamentalist, but with passage of time, the inhabitants have become more and more fanatical, turning into religious zealots.

The majority of Pakistanis feel that total Islamisation of the country would be disastrous.

Islamisation was used as a tool by General Zia to legitimise his rule. In his speeches, press conferences and deliberations, he criticised politicians for not promulgating Islamic laws. The Shias, who are 30–35 million in Pakistan, opposed the implementation of Nizam-e- Mustafa as well as the wanton killings of the Shias by Sunni extremists.

The majority of Pakistanis feel that total Islamisation of the country would be disastrous. However, the Inter-Services Intelligence (ISI) supports terrorism and has launched a lowintensity war against India.

Pakistan, which spread terrorism in other countries, is presently the worst sufferer of terrorism. Hence, the government has to adopt stringent measures so that the country gets rid of terrorism. Madrasas that preach fundamentalism and extremism and make the society radical must be closed, or the syllabi of these madrasas may be changed drastically.

Pakistan should discontinue playing the China card and stop considering India as its enemy. All the training camps run by the ISI or by various terrorist outfits and involved in training terrorists should be closed.

Several Muslim states in the world render special support to Pakistan because the country was created in the name of Islam. Pakistan also used Islam to acquire support of the Muslim world, including Arab countries.

The Pakistan government or some non-governmental organisation (NGO) should start ‘de-radicalisation’ programmes in the country.

The Islamic Republic of Pakistan has a special status as it is the only country in the world that was created in the name of Islam and hence cannot separate itself from religion. It is, however, mentioned that Muhammad Ali Jinnah, the father of the nation, was not a fundamentalist and had visualised Pakistan as a secular Muslim state and not an Islamic state or a theocratic state controlled by fundamentalists. He used Islam to garner support of Muslims in British India for his Muslim League Party so that a new state for Muslims can be carved out. It was the basic reason that several Muslim ulemas opposed the creation of Pakistan. In 1947, when Pakistan was created, the population was not fundamentalist, but with passage of time, the inhabitants became more and more fanatical, turning into religious zealots.

Once Pakistan was created, ulemas stressed that the country must be an Islamic state and sharia laws should be implemented. Nonetheless, the constitutions of 1956 and 1962 have not imposed Islamic laws in the country.

Several Muslim states in the world render special support to Pakistan because the country was created in the name of Islam. Pakistan also used Islam to acquire support of the Muslim world, including Arab countries. Not only this, Islam was projected as an important factor to integrate various ethnic groups that have separatists’ propensity. The Islam-pasand (religious) parties also played a vital role in the political, social and economic sphere of the country.

Reasons for the Spread of Fundamentalism in Pakistan

Islamic fundamentalism augmented in Pakistan due to poverty, ignorance, illiteracy and the incapability of society to redress the problems of masses. Religious organisations, including a few terrorist outfits, provided the poor masses hospitals, education, food and dwelling places. The ruling class, whether military or civil, also exploited religion to give legitimacy and popularity to its regime. Instead of curbing the menace of fundamentalism, it propagated extremism and a belief that if the boy will memorise Quran, he and his family will straightaway go to heaven. Large numbers of madrasas were opened where financial assistance was rendered by rich Muslims of Pakistan and abroad.

Pakistan shares borders with Afghanistan and Iran and has a close relationship with Saudi Arabia. All these countries spread Islamic fundamentalism albeit of different types. In fact, the spread of fundamentalism is a worldwide phenomenon. It is probably more in the Muslim world, including Pakistan. However, no religion teaches terrorism. The leaders in Pakistan spread fundamentalism as they wanted to get foreign assistance and justify their regime. Fundamentalism, extremism and terrorism have grown so much that now it has become difficult for the Pakistani government to control this menace, which wants to take the society to pre-Islamic days.

Islamisation was used as a Tool to Legitimise the Rule

Zulfikar Ali Bhutto, an elected prime minister of the country, also leaned towards Islam when he realised that his socialist policies had become unsuccessful and he was losing public support. He stressed that his socialism is akin to the philosophy of Islam. In 1974, to appease Muslim fundamentalists, the Pakistani parliament under his leadership declared the Ahmadiyya Muslim community, which is approximately 3–5 million, as non-Muslims. Saudi Arabia was also putting pressure on Bhutto to declare the Ahmadiyyas as non-Muslims, and it paid a huge amount to Pakistan for declaring the Ahmadiyyas as non-Muslims. Once the Ahmadiyyas were declared non-Muslims, they could not go for Haj, which pleased the hard-core Wahhabis in Saudi Arabia. It delighted the Pakistani army too as the army had more money to buy arms and ammunition. The status of Bhutto had also gone up in the Muslim world. In 1977, he declared Friday as a weekly holiday.

Bhutto, although a great charismatic leader, could not convince the local populace that he was sincere about imposing Islamic laws. He was Western educated, and his background, including his Westernised lifestyle, was a clear indication that he was leaning towards Islam because of compulsion and not because of conviction. Hence his opposition continued till General Zia-ul-Haq, Chief of Army Staff of Pakistan, captured power through a coup d’état on 5 July 1977.

The regime of General Zia was facing trouble from all sides and needed legitimacy. He took the help of Jamaat-e-Islami (JI) to give authenticity to his government as he never allowed free, fair and democratic elections. Zia started the process of Islamisation of the country with a view to give legal status to his military regime within the country as well as in the international arena. He also wanted to garner support of the lower classes and of the urban middle class by starting the procedure of the implementation of Nizam-e-Mustafa.

The fundamentalism and extremism initiated by Zia suited Western countries, especially the United States, and Muslim countries, particularly Saudi Arabia, since the object was harming the Soviet Union in Afghanistan.

Besides getting authenticity for his rule, Zia also wanted to demonstrate to the masses that so far, all the rulers had only made phony promises as they were not truthful about the execution of Islamic laws in the country.

Nine political parties constituted the Pakistan National Alliance (PNA) and led the agitation against Bhutto that culminated in the military takeover by General Zia. The PNA had a few religious parties also, and the common agenda of the PNA was the adoption of Nizam-e-Mustafa.

The fundamentalism and extremism initiated by Zia suited Western countries, especially the United States, and Muslim countries, particularly Saudi Arabia, since the object was harming the Soviet Union in Afghanistan. All these forces portrayed these extremists as jihadists who were fighting against infidels and to defend Islam; hence, the belief was propagated that if these jihadists were killed in the holy war, they will instantly go to heaven.

Zia, in his speeches, press conferences and deliberations, stressed that Pakistan was created in the name of Islam and hence Pakistani rulers must promulgate Nizam-e-Mustafa in the country. He criticised Pakistani politicians, especially Pakistan Peoples Party and Zulfikar Ali Bhutto, for not fulfilling the desire of the creators of Pakistan by promulgating Islamic laws in Pakistan. He established sharia benches and executed several Islamic laws in the country.

Zia made radical changes in criminal law and penal code. More emphasis was laid on wearing of the national dress. It was compulsory to wear the national or regional dress on Independence Day.

He made drastic changes in the educational policy of Pakistan. He barred the opening of new English medium schools and started several new madrasas of Deobandi faith. According to a report, under Zia’s regime, there were more than 45,000 madrasas in Pakistan. Deobandi madrasas helped strengthen Sipah-i-Sahaba, a Sunni outfit that massacred Shia Muslims in several terrorist activities. He also instructed English medium schools to change to Urdu medium. He made Islamic education mandatory in schools and colleges; a paper on Islamic studies was introduced in the competitive examinations also. Zia made radical changes in criminal law and penal code. Use of alcohol was prohibited, and severe punishments, like amputation of limbs, stoning to death and public whipping, were introduced. More emphasis was laid on wearing of the national dress. It was compulsory to wear the national or regional dress on Independence Day.

Friday prayers were made compulsory in regimental mosques of Pakistani defence forces. The Hudood Ordinance was promulgated. The press was stifled and instructed to project Islamic laws. Zia established Islamic Council and sharia courts, which were empowered to declare any law null and void if they were repugnant to the basic tenets of Islam. The laws were made according to the Quran and Sunnah. Zia established sharia benches in high courts, and later the Federal Sharia Court was also established. However, Zia could not dismantle the prevailing judiciary system completely.

Zia created Majlis-e-Shoora (Islamic Parliament), besides constituting several committees, commissions and conferences to spread Islam. He appointed more than 100,000 inspectors to check the people about the observance of namaz by all Pakistanis.

Zia also appointed the Council of Islamic Ideology in June 1981 to give recommendations about the implementation of Islamic laws in the country. The salient features of the recommendations included making people’s participation necessary in Islam. The council also recommended that the presidential form of government is more akin to Islam. It was also mentioned that elections and political parties are against the spirit of Islam.

2 thoughts on “Growth of Fundamentalism in Pakistan and Its Repercussions”