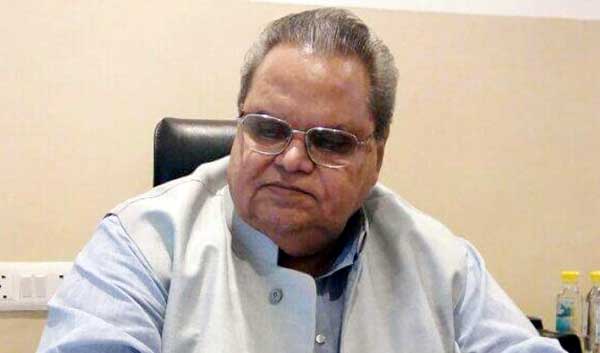 “We as a nation, as a family, have taken a historic decision. A system due to which brothers and sisters of Jammu, Kashmir and Ladakh were deprived of many rights and which was a big obstacle to their development, that system has been done away with,” said Prime Minister Narendra Modi in his address to the Nation on August, 8, post reorganisation of the state of Jammu and Kashmir into two Union Territories.

In so saying, the prime minister was referring to deprivation as a result of certain anomalies that had come into existence due to the so-called “special status” given to the state by Article 370 and Article 35A, which now stands annulled. There were many socially relevant and development oriented legislations enacted by parliament and schemes initiated by the central government that were not applicable to Jammu and Kashmir due to the debilitating special status. Lack of audit scrutiny by the centre led to misuse of funds and corruption. The special status allowed a few families to dominate the political spectrum thus eroding evolution of democratic values in the state. There has been no major upheaval in the state post the decision of reorganisation. The change of status has, in fact, been welcomed by the people.

The question that arises here is – will the NDA government under Prime Minister Narendra Modi be able to deliver on its promise of ushering democratic rights and development in the state as promised?

So far as the political aspects are concerned, the centre has promised early elections followed by a revision of the Union Territory status of Jammu and the Kashmir into a state. There exists no reason to doubt the will and determination of the government to stand by this promise. The timing will depend, to great measure, on the manner in which political stability finds to roots in the region.

In the area of development the government has already taken many concrete steps to make good its promise. The Government of Jammu and Kashmir, under Governors rule, has been in a hyper-active mode to bring in projects and initiatives that will place the state at par with the rest of the country in the shortest period of time.

In an attempt to eradicate corruption, focus has been laid on ensuring empowerment at the grassroots. The Centre has announced a grant of Rs. 366 crore to 4483 Panchayats for their development. Panchayats have been told to recruit 2000 accountants to maintain account books; the government has also decided to digitally connect 634 Panchayats, it is proposed to have two digital villages in each district and then spread the technology across the state. The government is conducting a mass reach to link all government schemes with Aadhaar and thus facilitate direct transfer of grants and subsidies. All these measure will go a long way in eradicating endemic corruption in the state.

The Government has very rightly identified youth as the centre of gravity for ensuring progress and has proposed a special impetus for them. To ensure quality education at the school level, the process of making 43000 teachers permanent under Sarva Shiksha Abhiyan has begun and honorarium of Anganwadi workers has been increased from Rs 3600 to Rs 4100. 50,000 new jobs will be generated for the youth of J&K; focus will be on enhanced recruitment in central government jobs like paramilitary forces etc. Sports are an intrinsic part of child development; as such, a fund of Rs 250 crore has been set aside for building sports infrastructure; each Panchayat will soon have a playground. Also, Juvenile Justice Board and Child Welfare Committee will be constituted in every district.

In the health sector, construction of AIIMS in Awantipora (Kashmir) and Vijaypur (Jammu) is underway. The number of MBBS seats has been increased from 400 to 900. A Cancer Institute is proposed to be built in Srinagar at a cost of Rs 120 crore. All grass roots Health Care Centres are being energised with manpower and equipment.

To give a perceptible boost to tourism, Phase 1 of Gulmarg Master Plan 2032 stands approved. Two wildlife sanctuaries are proposed at Tral and Kishanganga respectively. New tourist places are proposed to be developed in Leh and Kargil. Twelve new trekking routes across the region are being developed to promote eco-tourism.

Overall development is required to give a kick start economic activity in the state, in this regard effort is being made to maximise utility of the Rs 80,000-crore development package earlier announced for the state by Prime Minister Modi. Notably, implementation of this package remained slow and tardy under the PDP led state government.

The first phase of Jammu Ring Road will be completed by December, 2019; groundwork to provide 24/7 drinking water through pipes to 15 lakh homes is underway; survey of the rail link between Baramula and Kupwara has been ordered; work is on to beautify Dal Lake in Srinagar; by 2024, Srinagar will have a state-of-the-art Metro Rail.

To meet urgent requirements of housing and infrastructure nearly 50,000 homes in satellite towns are proposed to be developed in Srinagar and Jammu; under Pradhan Mantri Gram Sadak Yojana, 1632 kms of roads are to be built in the state; construction of Industrial Bio-Technology Parks a is underway in Kathua (Jammu) and Handwara (Kashmir). Two IT Parks, set up across 5 lakh sq ft land, will come up in Jammu and in Kashmir.

To enhance social security, 66 villages have been included in the list of Backward Areas to be given special incentive and 85,000 farmers have been registered under PM crop insurance scheme. . 40,000 people are to be included in Old Age Pension, Widow Pension schemes. Financial assistance will be provided to Rs 5.5 lakhs refugees living in the state.

Prime Minister Modi has a reputation of standing by his word. If he has promised development and political change then he will spare no effort to ensure the same. If people give active support, the benefits envisaged will take root faster, otherwise, it will take time. There should be no doubt that change for the better will take place for sure. It is important that the people correctly asses the emerging situation and do not fall prey to such inimical voices that do not want to see the region prospering.