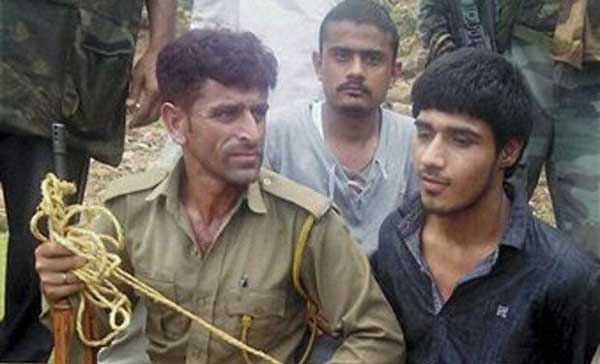 The national outrage towards  the terror attack on a BSF convoy on the Jammu-Srinagar Highway in District Udhampur been expressed in ample measure in the electronic media. The evening of 05 August witnessed stringent debates on all channels.

The reality is that export of terror to India is the only successful enterprise that Pakistan has to its credit since it came into existence. It is, therefore, an ideology that binds the nation together.

The fact that a terrorist was caught alive and he went on to confess being a resident of Faisalabad in Pakistan was played through the day by all television news channels. There were debates full of recriminations by the Indian commentators and stringent denials by the Pakistani commentators.

The arrested terrorist added to the confusion by making contradictory statements. He coined several names for himself and stated his age from 16 to 20.

The question is – what was new in the debates? A similar exercise with similar questions to the same set of commentators from India and Pakistan were posed after the Gurdaspur terror attack. The answers, in this instance, were the same as before. Indian “analysts” continued to deride Pakistan with emotive rhetoric while the Pakistani response continued to be one of denial.

It would be better to look at reality in the face. The reality is that export of terror to India is the only successful enterprise that Pakistan has to its credit since it came into existence. It is, therefore, an ideology that binds the nation together. Obviously, the country is not going to let go of this success simply because a few Indian “analysts” froth and fume against it on Indian television! In fact, they look towards this as an opportunity to showcase their success to their people.

Imagine Hafiz Saeed gloating to his aides and followers about the discomfiture that he has caused to enemy India by sacrificing just a few Mujahideen who have, in any case, gone to heaven! By carrying out such repetitive debates, high on emotion and low on content, India is simply playing into the hands of the Pakistan’s psychological operation’s machinery.

By refusing to talk India once again plays into Pakistan’s hands. The best option is to talk only about terror and its adverse affect on normalisation of relations.

Definitely, there is a need to expose Pakistan. This should be done, not through television debates, but by providing concrete evidence to world leaders and opinion makers that exposes the double face of the country. The world may not respond straight away but when it is ready to do so it should have the ammunition to accost Pakistan with.

By refusing to talk India once again plays into Pakistan’s hands. The best option is to talk only about terror and its adverse affect on normalisation of relations. The talks should be reported in the media in a serious manner that emphasises India’s concerns without sensationalising them.

The third and most important step in the counter terrorism narrative is build up of a fool proof security apparatus that makes it too expensive for Pakistan to plan and implement its evil agenda. This is easier said than done but the effort has to be made.

There is a perceptible shift in Pakistan terror strategy from the Kashmir valley to other areas in Jammu and Kashmir and Punjab. The reason for this is that the terrorists in Kashmir are not producing the required results. Hence, other options are being explored, unfortunately, with good results for the terror mongers. This new challenge needs to be dealt with appropriately.

In Jammu and Kashmir it is local terrorists who are more active than the foreign elements whose number, in any case, is fast dwindling due to lack of reinforcement through infiltration. A reported census carried out by the J&K Police has indicated that 62 percent of the terrorists now operating in the Valley are local youth.

National media and opinion makers are paying all attention to the ISIS flag waving at the cost of focusing on the more critical issue of radicalisation of the Kashmiri youth.

On the face of it, independent operation by these two Pakistani nationals looks highly unlikely and this is what the Government of Jammu and Kashmir should be worrying about. Concrete steps need to be taken urgently to check those local youth who are being indoctrinated to pursue the evil path of terrorism.

National media and opinion makers are paying all attention to the ISIS flag waving at the cost of focusing on the more critical issue of radicalisation of the Kashmiri youth. The ISIS does not have a significant footprint in the Kashmir Valley, at the moment. The radicalised youth are joining, not the ISIS but the Hizbul Mujahdeen (HM), the newly created Lashkar-e-Islam (LeI) and also the Lashkar-e-Toiba (LeT) which are very much operational in the area.

The government needs to mark the words of the Army Commander, Northern Command, Lt. Gen. DS Hooda, when he says that, “The numbers (of local terrorists) are not too many, but the fact remains that it was down to single digit during two or three years. In that sense it is something that we need to look at seriously.”

Radicalisation of local youth and the new policy of terror mongers to, once again, spread their area of influence beyond the Kashmir valley poses the biggest challenge today. The existing scenario, if not checked in time, can have serious politico-security consequences.

While the security forces are well poised to take on all challenges that the Pakistan sponsored terror machinery can throw their way the onus of taking firm policy decisions and corrective measures to contain the situation lies firmly with the state and the Central Government. It has to be ensured that the dividend of peace created by intense hard work and sacrifices of the people and the security forces is not in vain. A tight leash has to be kept on terrorist activity to ensure that it is not allowed to raise its ugly head again.

One thought on “Expose Pakistan terror while strengthening internal security”